Being Grateful for the Blessings of Ramadan 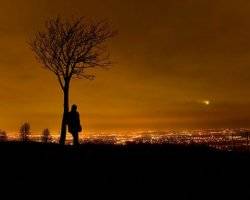 This is why you should think of the best way to praise Allah The Almighty who has conveyed you to this season sound and healthy, hoping for the forgiveness of Allah The Almighty, waiting for His pardon, seeking His good pleasure and desiring that He emancipates you from Hell in this noble month.
The Messenger of Allah,

, was the role model and example to be followed in praising Allah The Almighty, when he kept standing (in prayer) at night until his feet became swollen because of the duration for which he stood in prayer. When ‘Aa’ishah, may Allah be pleased with her, asked him why he was doing that despite the fact that Allah The Almighty had forgiven him his previous and future sins, he said: "Then, should I not be a grateful slave?" [Al-Bukhari] Thus, he praised Allah The Almighty by standing (in prayer) for long periods, drawing close to Him, speaking privately with Him, reciting His noble verses, reflecting upon their meanings, submitting and humbling himself to Him by subjecting his perishable body to hardship for the sake of Allah The Almighty. This body that you preserve and protect today will perish and turn into dust tomorrow, and at that time, nothing will benefit you except the acts of obedience that you offered. This is because, as it was said, "One's property, deeds and children go with him, and both his property and children return, and only his deeds are left and enter the grave with him."
This is why the Messenger of Allah,

, praised Allah The Almighty in those states by standing (in prayer at night) so long until his feet actually cracked and got swollen as confirmed by the Hadeeth (narration).
If Ramadan comes upon you, the gratitude for this blessing is to stand in prayer (at night), multiply the acts of worship you perform, learn the etiquette of fasting, remember Allah The Almighty frequently and recite the Quran as stated by Allah The Almighty Who Says (what means): {The month of Ramadan [is that] in which was revealed the Quran, a guidance for the people and clear proofs of guidance and criterion.} [Quran 2:185]
What is required in these days is fasting, standing (at night in prayer), Thikr (remembrance of Allah The Almighty), worship, recitation of the Quran, charity, self-reckoning, repentance of sins, correction of intentions and deeds and elimination of evil, resentment, spite, envy, excessive ambitions in this world, inclination towards desires, heedlessness and forgetfulness of the Hereafter and death. One's heart should be reassured by the remembrance of Allah The Almighty, the physical organs become fit for proceeding to Allah The Almighty, and his body should be light enough to move toward the obedience and worship of Allah The Almighty. He should not find the acts of worship hard upon himself; rather he should realize the statement of the Messenger of Allah,

, "Should I not be a grateful slave?" [Al-Bukhari]
Consider: If you were you to have fallen as a martyr last year, your fasting Ramadan this (present) year would have been superior, higher and greater in rank in the sight of Allah The Almighty than that position (of martyrdom). Then, how would it be if you came out of last Ramadan without such a position or martyrdom? There would be nothing but failure and loss that one receives upon coming out of Ramadan in this way.