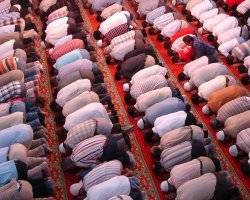 In order to see the missing significance of the days of Ramadan, one should do his best to strive against himself, to get rid of the burdens and veils that hinder him from spending, being devoted and drawing close to Allah The Almighty. Let us see how the Messenger of Allah,

On the other hand, those who have enough means to spend withhold and refrain from spending. It is as if they wait to be replaced by their Lord with others and annihilated due to their greediness, stinginess and the fact that they do not deserve to be in the party of Allah The Almighty. They did not deserve to be among those covered up with His care, of those selected to be worthy of this nearness and these acts of obedience, of those worthy of coming out after fasting in the state of righteousness referred to by Allah The Almighty who Says (what means): {O you who have believed, decreed upon you is fasting as it was decreed upon those before you that you may become righteous.}[Quran 2:183]
The people who have attained the nearness of Allah The Almighty  comes out of Ramadan righteous, with the signs of piety, forgiveness and emancipation from Hell visible on them. They come out more devoted to Allah The Almighty, more ascetic in this world, more upright, more loving and much closer to his Lord, more observant of His commands and prohibitions, more kind-hearted, more tearful, and more submissive outwardly and inwardly. All of this indicates that a person has been forgiven, granted mercy or emancipated from Hell. He comes in a better state in terms of love for and remembrance of Allah The Almighty and longing to meet Him.
Other duties pertaining to the last ten days include:
1-    I‘tikaaf (staying in seclusion)
2-    Exerting greater effort and care concerning the acceptance of deeds.
With the coming of these ten days and nights, striving begins in earnest where one stands in the presence of his Lord with full devotion, showing Him what causes his Lord to be pleased with him, gives him generously, loves him, draws closer to him, delivers him from his deplorable state, guards him, defend him and provides for him.
As these days come to an end, one should strive harder and draw closer (to his Lord), wishing that his outcome would appear and brighten his face. He should hope that his outcome would be good during those days, and dread failure and rejection of his deeds as stated by the Messenger of Allah,