Saving the Best for the Last 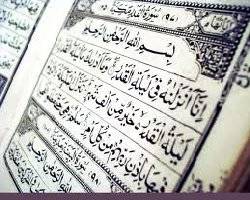 During the time of the Prophet

some of the Companions would attempt to fast without a break for food and drink between fasts, in order to make the most of the fleeting days of Ramadan. However, the Prophet

forbade them from that and said: "Whoever likes to continue fasting without a break, let him do so until a short while before dawn only." [Al-Bukhari] They reduced their food to only one meal during that short time, to make up for both the Iftaar and Suhoor, with the intention to dedicate all their time to Allah The Almighty, obtain solace with Him and seek His forgiveness. They would take account of their deeds and words, rectify their relationship with their Lord, engage in those means which qualify one to win the reward of the Lord, and witness the Night of Al-Qadr.

did that with them for two days, till the new moon appeared. This indicates that he used to fast continuously without a break during the last ten days, when one becomes close to the Mercy of Allah The Almighty and attains emancipation from Hell. He would fast day and night, and refrain from food and drink, simply to dedicate all his time and effort to prayer, worship and standing (in prayer), so that Allah The Almighty would see him in that very state. He did so until when he would come out to perform the ‘Eed Prayer, he would break his fast with a few dates, as we have seen in his Sunnah (Prophetic tradition).
This was the I‘tikaaf (seclusion) of those righteous predecessors, which is quite different from what we see in these days. Unfortunately, today, many people who perform I‘tikaaf, take solace with people, waste time in talk, delay the prayer, indulge in a variety of foods and drinks until they miss the long Rak‘ahs (units of prayer), and then sleeps as if he has striven against himself, and done what had not been done by anyone else.
Of course, those last ten (days of Ramadan) did not come so that the Messenger of Allah

would say: "We would like to sleep a little, and rest a bit!" His comfort and happiness lay in his standing (in prayer) to his Lord The Almighty, as described by Allah The Almighty Who Says (what means): {And those who spend [part of] the night to their Lord prostrating and standing [in prayer].} [Quran 25:64] The Prophet

said: "And the comfort of my eye has been made in prayer." [Ahmad and An-Nasaa’i] He would get comfort, happiness and pleasure only from this prayer, which people are now too lazy to perform and rather like to get rid of its burden, by refraining from standing (in prayer before Allah The Almighty) in it.
Towards the end of Ramadan, they would strive even more in worship day and night, in expectation of the outcome. They did so to obtain the reward of Allah The Almighty, and end their deeds with a good conclusion. The outcome is about to appear, and the one whose deeds will be accepted will be of the successful, Allah willing, or of those of the high degrees. On the other hand, the one whose deeds will not be accepted will return with failure, as Ramadan has come and was over and he has not changed. It is the failure which he expects. He expects neither a high degree, nor acceptance (of deeds), nor the great reward from Allah The Almighty. That is why towards the end of those days, when the outcome was about to appear, the Companions and our righteous predecessors used to strive more, unlike the believers in these days; once the acts of worship are about to come to an end, they are seized by laziness, weariness and frustration, and inclined to return to their previous state.
If greater striving rather than boredom, weariness, hesitation and indulgence, marks the end of the deeds, then, it is more likely that after Ramadan, one becomes in a better state, closer to Allah The Almighty, and more steadfast on His way. However, if one feels bored, weary, reduces the amount of work and returns to his previous state of laziness, negligence and relaxation, it is more likely that this state will aggravate and persist long after Ramadan.