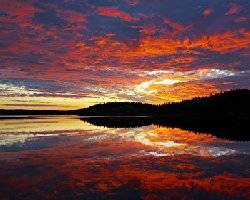 We all make mistakes and we are all in dire need forgiveness for the sins which we commit knowingly and unknowingly every day. It is only out of the mercy of Allah The Almighty upon us that He has facilitated many ways to attain forgiveness. As long as a person is a believer and does not practice any form of Shirk (associating partners with Allah The Almighty in worship), he can surely hope to receive forgiveness as Allah The Almighty Says (what means): {Verily! Allah forgives not (the sin of) setting up partners (in worship) with Him, but He forgives whom He wills, sins other than that, and whoever sets up partners in worship with Allah, has indeed strayed far away.} [Quran 4:116]
Ibn Taymiyyah

said that a believer may ward off the punishment of his sins by one of the following ten ways:
- Repenting sincerely so that Allah The Almighty would forgive him, because the one who sincerely repents from a sin is exactly like he who never committed it.
- Asking forgiveness from Allah The Almighty so that Allah The Almighty would forgive him.
Performing virtuous deeds which expiate sins, Allah The Almighty Says (what means): {And perform Salaat, at the two ends of the day and in some hours of the night [i.e. the five compulsory Salaat]. Verily, the good deeds remove the evil deeds (i.e. small sins). That is a reminder (an advice) for the mindful (those who accept advice).} [Quran 11:114]
- Other Muslims supplicating for his forgiveness.
- Other Muslims offering the reward of a righteous deed they perform to him.
- The Prophet

said: “Allah made the Hellfire prohibited for the one who buries three of his children (while persevering through it).” [At-Tabaraani]
- Raising three daughters, or sisters with a sound upbringing, and being kind to them:
‘Aa’ishah

said: “No one from my nation properly raises three daughters or sisters and is kind to them, but they will be like a shield for him from the Hellfire.” [Bayhaqi]
- Defending a believer in his absence:
Asmaa’

said: “He who defends his brother in his absence against people who are backbiting him, Allah will free him from the Hellfire.” [Ahmad]
- Praying forty days with the congregation and attending the Takbeer al-Ihram (initial 'Allahu Akbar'):
Anas

said: “He who prays forty days attending the initial 'Allahu Akbar', will be freed from hypocrisy and from the Hellfire.” [At-Tirmithi]
- Possessing good manners:
Abu Hurayrah

said: “Allah will forbid the Hellfire to (even) touch the one who is gentle and lenient.” [Al-Haakim]
- Praying Fajr and ‘Asr:
‘Umaarah ibn Ruwaybah

said: “The one who prays Fajr and ‘Asr will never enter into the Hellfire.” [Muslim]