Supplications are Answered during the Last Ten Days of Ramadan – I 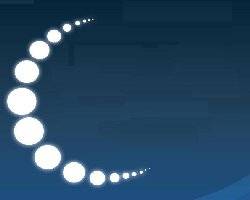 When someone has a particular need, he has to take recourse to those who can fulfill it. However, people’s needs, for which they have to seek out others, are endless – sometimes they succeed in fulfilling them and at other times they cannot. The ability of created beings is limited, yet many people fail to realize this, and are heedless of asking The One who is able to fulfill all the needs – The One without whom no need is fulfilled. Nothing is impossible for Him, He is free from need, although all creatures are in need of Him and beseech Him. His treasury is full of goodness, and it does not decrease by giving. Allah The Almighty Says (what means): {Indeed, Our word to a thing when We Intend it is but that We Say to it, "Be," and it is.} [Quran 16: 40]

His is the dominion, as He Says (what means):
·        {Blessed is He in Whose Hand is dominion, and He Is over all things competent}[Quran 67:1 ]
·         {And there is not a thing but that with Us are its depositories, and We do not send it down except according to a known measure.} [Quran 15:21 ]
Allah The Almighty addresses His slaves in the Qudsi Hadeeth (sacred narration) Saying: “O My slaves, if all of you, the early and late generations, the human and the Jinn, stood in one place asking Me (their needs) and I fulfilled the need of everyone, this would not decrease what I have except like what a needle decreases of the sea if put into it.” [Muslim]
Allah The Almighty Says (what means): {O mankind, you are those in need of Allah, while Allah is The Free of need, The Praiseworthy]. [Quran 35:15]
His treasury does not decrease because of His immense gifts, and His property does not perish despite the fact that He gives in ultimate generosity, as He Says (what means): {Whatever you have will end, but what Allah has is lasting.”[Quran 16:96] The Prophet,

, said: “The hand of Allah is full and (its fullness) is not affected by the continuous spending night and day. Have you not seen what He has spent since He created the heavens and the earth? Nevertheless, what is in His hand has not decreased, and His throne was over the water; and in His hand there is the balance (of justice) whereby He raises and lowers (people).” [Al-Bukhari and Muslim]
How rich is Allah and how generous and Exalted is He, Who gives in abundance during this blessed time! However, where are those who beseech Him? Where are those who direct their needs to Him more than to His creation? Is there anyone who has knocked on His doors then found them closed; indeed He likes those who beseech Him, so why do we not adhere to this etiquette?
Why supplicate?
All the believers know that the one who brings benefits and causes harm is Allah The Almighty. He gives whom He likes and deprives whom He likes. He provides for whomever He likes without account. To Him belong the depositories of the heavens and earth. If He wanted to cause benefit to someone, no one can harm him even if all the people on earth wanted to, and if He wanted to harm an individual, no one can protect him even if all the people on earth supported him. Every believer has firm faith in this; because whoever doubts this, will not be a believer. Allah The Almighty Says (what means): {And if Allah should touch you with adversity, there is no remover of it except Him; and if He intends for you good, then there is no repeller of His bounty. He causes it to reach whom He wills of His servants. And He is The Forgiving, The Merciful] [Quran 10:107]
Yes, no one benefits or harms but Allah The Almighty Who Says (what means):
·        {And whatever you have of favor - it is from Allah. Then when adversity touches you, to Him you cry for help} [Quran 16:53]
·        {And when adversity touches you at sea, lost are [all] those you invoke except for Him.}[Quran 17:67]
·         {Say, "Then who could prevent Allah at all if He Intended for you harm or Intended for you benefit? Rather, ever is Allah , with what you do, acquainted.} [Quran 48:11]
Only Allah The Almighty hears the call of the drowning person in the middle of the sea; the supplications of the one in prostration, and the complaints of the oppressed and only He recognizes the tears of the humble one in seclusion at night. Allah The Almighty Says (what means): {And if you speak aloud - then indeed, He knows the secret and what is [even] more hidden Allah - there is no deity except Him. To Him belong the best names} [Quran 20:7-8]
He gets angry if He is not asked, He likes humility and persistence in supplication, He likes the supplication of the distressed and He relieves the distressed one. He Says (what means):  {Is He [not best] who responds to the desperate one when he calls upon Him and removes evil and makes you inheritors of the earth? Is there a deity with Allah? Little do you remember } [Quran 27:62]
Abu Hurayrah, may Allah be pleased with him, narrated that the Messenger of Allah,

, said: “Our Lord The Exalted, The Superior, descends every night to the lowest Heaven in the last third of the night, Saying, ‘Is there anyone supplicating Me, so I may respond to him? Is there anyone asking Me, so I may grant him? Is there anyone seeking My forgiveness, so I may forgive him?” [Al-Bukhari and Muslim]
What a great virtue and reward from The Merciful Lord! Knowing this, does it make sense to ask other than Him? Should we seek our needs from other than Him? Should we ask slaves like ourselves, and leave our Creator? Should we refer to weak creatures, and turn away from The Strong, The Subjugator and The Omnipotent? This is not fitting for someone who is honored by slavery to Allah The Almighty.