Hasten to Forgiveness from Your Lord 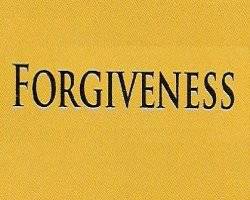 Allah The Almighty encourages His slaves to hasten and race to doing good as He Says (what means):

Allah The Exalted mentions some of His righteous slaves – Zakariyyah and his family – Saying (what means): {So We responded to him, and We gave to him Yahya (John), and amended for him his wife. Indeed, they used to hasten to good deeds and supplicate Us in hope and fear, and they were to Us humbly submissive} [Quran 21:90]

, said: “Deliberation (is a must) in all things except in deeds that pertain to the Hereafter [i.e., good deeds].” [Abu Daawood in his Sunan] Thus, man should hasten to the deeds of the Hereafter without hesitation. One should race towards them and compete in them.

This hastening, racing and competing indicate the depth of faith in one's soul. The deeper the faith is in one's soul, the more he hastens to please his Lord. Consider the noble Companion ‘Umayr ibn Al-Humaam

, said: "‘Get up to a Paradise whose width is equal to the heavens and earth.’ Anas

the narrator of the Hadeeth, said that ‘Umayr ibn Al- Humaam Al-Ansaari

said, ‘O Messenger of Allah, a Paradise whose width is equal to the heavens and earth?’ He said: ‘Yes.’ ‘Umayr

said, ‘My goodness!’ The Messenger of Allah

asked him: ‘What prompted you to say this (i. e. my goodness!)?’ He said, ‘O Messenger of Allah, nothing but the desire of being among its residents.’ The Prophet

who did not speak from his own inclination, said: ‘You are (surely) among its residents.’ ‘Umayr

took out the dates from his bag and began to eat them. Then he said, ‘If I were to live until I eat all these dates, it would be a long life.’ (The narrator said) He threw away all the dates he had with him. Then he fought the enemies until he was killed.” [Muslim]

Therefore, let us initiate good deeds and hasten to them.

This encouragement to initiate and hasten to good deeds is due to the fact that we do not know what impediments and obstacles may prevent us in the future if we wish to perform them. That is why the Prophet

urged us to hasten to performing Hajj in the Hadeeth in which he says: “Hasten to perform (your obligatory) Hajj, for one knows not what should happen (to prevent it).” [Ahmad]

used to hasten to good deeds. It was narrated in a Hadeeth that after finishing the ‘Asr (late afternoon) prayer, the Prophet

got up quickly, went to some of his wives and then came out. He noticed the signs of astonishment on the faces of the people caused by his speed. He then said: "I remembered while I was in my prayer that a piece of gold was in my house and I disliked that it should remain with us throughout the night, so I ordered it to be distributed." [Al-Bukhari] This Hadeeth was mentioned by Imam An-Nawawi

in his book Riyaadh As-Saaliheen in the chapter named 'hastening to good deeds'. Shaykh Ibn ‘Uthaymeen

said explaining this Hadeeth, "This Hadeeth enjoins hastening to do good deeds. One should not hesitate for he does not know when death will come to him and so he loses the good deed. The Hadeeth also proves that the Prophet

was the quickest person in hastening to good deeds.” [Sharh Riyaadh As-Saaliheen]

Since we are currently in the month of Ramadan and it is one of the virtuous times as it is the month of salvation from Hell and winning the gardens of Paradise, we should increase our good deeds. In addition, we ought to not only do good deeds but also hasten to them and not ignore continuing to commit ourselves to them for the Prophet

said that Allah Says in a Qudsi Hadeeth (sacred narration): "My slave keeps on coming closer to Me through performing voluntary acts of worship till I love him." [Al-Bukhari] The verb "keeps on" signifies continuity. The Messenger of Allah

said: “Keep on performing Hajj and ‘Umrah." [At-Tirmithi] Continuous good deeds and persistence on them is among the things which Allah The Almighty loves. The Prophet

was asked, "What deeds are loved most by Allah?" He said: "The most regular constant deeds even though they may be few." [Al-Bukhari and Muslim] It was narrated that if the Prophet

performed a certain act, he used to do it constantly. [Muslim]

Moreover, we should not get bored or tired of performing good deeds for the Prophet

said: "Religion is easy and whoever overburdens himself in religion will not be able to continue in that way. So you should not be extremists, but try to be near to perfection…" [Al-Bukhari] Another narration reads as follows: "Observe moderation so that you would succeed." [Al-Bukhari]

At the same time, we should not overburden ourselves or commit ourselves to too much worship. Anas ibn Maalik

narrated that once the Prophet

entered the mosque and saw a rope hanging in between its two pillars. He said: "What is this rope?" The people said, "This rope is for Zaynab who, when she feels tired, holds it (to keep standing for the prayer.)" The Prophet

said: "No, remove the rope. You should pray as long as you feel active, and when you get tired, sit down." [Al-Bukhari and Muslim] When the Prophet

prayed all the night and fasted daily all the year, he prohibited him from doing this, and said: "If you keep on doing this, your eyes will become weak and you will get bored." [Al-Bukhari]

In addition, the Prophet

said: "You should do that which is within your capacity. By Allah! Allah will not be bored until you are bored. The dearest deeds to Allah are the most regular deeds even though they may be few." [Abu Daawood and Ibn Maajah]