The Gates of Paradise are Opened for You, Will You Enter? - II 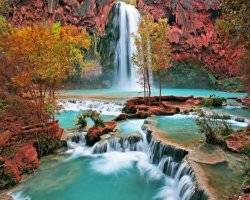 Abandonment of sins and misdeeds lead to nothing other than sustaining valor, upholding honor, preserving one's integrity, maintaining one's property provided by Allah The Almighty to be the basis on which the interests of the world and the Hereafter depend. Among the other benefits of abandoning sins are: gaining people's love, fostering better communication with them, reforming the affairs of others, gaining comfort and strength and a feeling of security safe from the machinations of the wicked and disobedient. Abandoning sins also reduces anxiety and distress, provides a way out for those in straitened circumstances, facilitates sustenance from sources one does not expect, and simplifies what is difficult upon the wicked and sinners. It also facilitates acts of worship, knowledge, and gaining people's good praise and supplication for him.

Besides, the face of such a person acquires a special beauty, awe is cast into the hearts of the people for him; they support and protect him whenever he is exposed to harm and wronged, and defend his honor whenever someone backbites him. His supplication is answered quickly, he gains the closeness of Allah The Almighty and is distanced from the devils among men and Jinn. The people compete to serve him, fulfill his needs and seek his love and company.

Such a person does not have any fear of death. On the contrary, he rejoices at it because he will proceed on toward his Lord. The world becomes despicable in his heart, and the Hereafter becomes his ultimate goal, his keenness is focused on attaining it, tasting the sweetness of worship and the sweetness of faith. He is entitled to the supplication of the angels who carry the Throne and the angels surrounding them in his favor, the rejoicing of the scribes (among the angels) in him, and their supplication for him at any time. Abandoning sins leads to the development of his mind, understanding, faith and knowledge, the love of Allah The Almighty for him, His drawing closer to him, and His rejoicing at his repentance, thereupon He rewards him with delight and pleasure, absolutely incomparable to his delight and pleasure with the sin.

These are some effects of leaving sins in this world. If one dies, the angels receive him with the glad tidings of Paradise from his Lord, and that there will be no fear on him, nor will he grieve. Then, he moves from the prison of the world and his straitened life to one of the gardens of Paradise, to be blessed therein until the Day of Judgment. When it is the Day of Judgment, the people will be in heat and sweat, and he in the shade of the Throne. If they turn away from the presence of Allah The Almighty, He will be taken on the right with His pious allies and the successful people.

{That is the bounty of Allah, which He gives to whom He wills, and Allah is the possessor of great bounty.} [Quran 62:4]

Ways of consoling the believers

There are different ways to console the believers: with money, influence, by providing physical help and service or advice and guidance, with supplication and seeking forgiveness for them, and with feeling pain for their sake.

was the greatest to console his Companions

. This is why his followers receive consolation in accordance with the extent to which they follow him.

Once, they visited Bishr Al-Haafi

The Gates of Paradise are Opened for You, Will You Enter? - I