The qualities of those who love their Lord 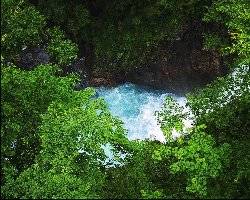 informed us that it is a characteristic of belief and a sign of enjoying the sweetness of faith. Anas ibn Malik

said: “One who attains the following three things will taste the sweetness of faith: To make Allah and His Messenger more beloved to himself than anything else; to love a person for no other reason except for the sake of Allah; and to hate to return to disbelief just as much as he would hate to be thrown into fire.” [Al-Bukhari and Muslim].

The question arises: If the love of Allah The Almighty is obligatory and if it is one of the qualities of belief, where do we stand with respect to this love? Are we amongst those who truly love Allah The Almighty? Are we amongst those whom Allah The Almighty loves?
Allah The Almighty Says (what means): {"O you who believe! Whoever from among you turns back from his religion (Islam), Allah will bring a people whom He will love and they will love Him; humble towards the believers, stern towards the disbelievers, fighting in the way of Allah, and never fearing the blame of the blamers. That is the Grace of Allah which He bestows on whom He wills. And Allah is All-Sufficient for His creatures' needs, All-Knower."} [Quran 3: 54].
This verse mentions four of their qualities:
First: Humble towards the believers; merciful and compassionate with them, just as the Prophet

was in his leniency, mercy and compassion with the believers.
Second: Stern towards the disbelievers.
Third: Fighting in the way of Allah The Almighty with their souls, tongues and wealth, and therefore fulfilling this claim of love.
Fourth: Not fearing blame for the sake of Allah The Almighty, which is an indication of their sincere love.
Generally speaking, one can gain the love of Allah The Almighty through following His commands and refraining from disobeying Him, as well as favouring obedience to Him over anything else and seeking His pleasure.
If you wish to be amongst those whom Allah loves, you must have their qualities which are mentioned in the Quran:
Ibn Al-Qayyim

mentioned some actions that inspire the love of Allah The Almighty: