'Our Hearts are Still Adhering to the Truth' 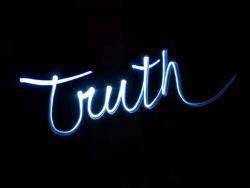 said that during the ordeal of Imaam Ahmad

it was said to him, “O Abu ‘Abdullaah! Do you not see that falsehood is being victorious over the truth?” He replied, “No. The victory of falsehood over truth is when the hearts change from guidance to error but our hearts are still adhering to the truth.”

How badly are we in need for this accurate criterion that shows the reality of the victory of falsehood over truth, especially in this age when many hearts have been affected by trials of doubtful issues and desires, we seek refuge with Allah The Almighty from them.

One of the most serious trials is confusion about the reality of the victory of the truth in one’s heart which may be induced by any cause, since confusion about the criteria of judgment necessarily leads to an unstable methodology. At this point, the person on his way of Allah The Almighty becomes confused because of the confusion of criteria, as he sometimes links the truth to the greater number of followers; some other times, he links it to power; and sometimes to victory of the people of falsehood or any other thing. None of this brings any benefit to man.
Indeed, the conviction of Imam Ahmad

in refuting this allegation, that some of his companions mentioned, was not an instant reaction, but it was the result of his profound understanding of the Book of Allah and the Seerah (biography) of His Messenger,

along with his scrutiny of the history of the people of the truth in their struggle against falsehood and the people who follow it.
Allah The Almighty Says (what means):
·        {That He should establish the truth and abolish falsehood, even if the criminals disliked it.} [Quran 8:8]
·        {And say, "Truth has come, and falsehood has departed. Indeed is falsehood, [by nature], ever bound to depart."} [Quran 17:81]
·        {Rather, We dash the truth upon falsehood, and it destroys it, and thereupon it departs. And for you is destruction from that which you describe.}[Quran 21:18]
Anyone who contemplates the previous verses and those that are similar can never be shaken regarding the fact that the truth must be victorious and must triumph over falsehood and those who follow it.
Since this is addressed to our dear Muslim sisters, they should bear this fact in mind especially at this time when many women are awed by the glamour of falsehood and have weakened belief in the truth.
This entails that women should recognize the truth by means of its evidence so that it would remain an established belief in the heart and cannot be shaken by temporary changes or temptations.
The concealed Fitnah (trial) in this regard is represented in two matters:
The first one is the confusion between truth and falsehood because of the great number of those who call to falsehood and the powerful means that they use to propagate it.
The second one is that many Muslim women have become negligent in seeking the truth and knowing its supporting proof which gives strength to their ‘Aqeedah (creed) and faith. Supporting proof is like a weapon that is necessary for the one who is engaged in fighting. If someone goes to war without a weapon, what would happen to him?
Because of this, the evidence that a woman holds to support the correctness of what she is doing will be vulnerable and she will be in a state of emotional defence without being able to show the proofs and make her true argument victorious. She will be criticized by others and will soon receive a fatal blow because of attacks of criticism.  When this happens, she will become weak enough to be a recipient which is a disaster as she surrenders and her faith deteriorates (we seek refuge with Allah The Almighty from this).
In conclusion, Muslim women nowadays, are badly in need to be armed with knowledge that is coupled with proof, not only to be enlightened and certain regarding religious matters, but also to transfer this knowledge to others before they are swept away by the flood, and before they become confused about the criteria of judging the victory of the truth. To Allah The Almighty belongs the command before and after. Allah The Almighty Says (what means): {He whom Allah guides is the [rightly] guided, but he whom He leaves astray -- never will you find for him a protecting guide.} [Quran 18:17]