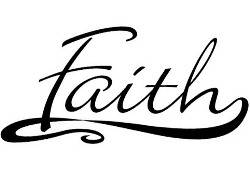 • {The believers are only those who, when Allah is mentioned, their hearts become fearful, and when His verses are recited to them, it increases them in faith; and upon their Lord they rely} [Quran 8:2]

• {Those to whom hypocrites said, "Indeed, the people have gathered against you, so fear them." But it [merely] increased them in faith, and they said, "Sufficient for us is Allah, and [He is] the best Disposer of affairs."} [Quran 3:173]

So, both of them went to the Prophet

said to him, “O Messenger of Allah! Hanthalah is a hypocrite.” The Prophet

said: “Why do you say this?” Hanthalah

the same words that he had said to Abu Bakr. Then the Prophet

said: “By Him in whose Hand is my life, if your state of mind remains the same as it is in my presence and you are always busy in remembering Allah, the angels will shake hands with you in your beds and in your paths but, Handhalah, there is a time for this and there is a time for that.” The Prophet

used to say, “It is a sign of the slave’s religious understanding that he cares for his faith so that it would not decrease, and to know whether his faith is increasing or decreasing.”

There are means that increase faith, some of which are: knowledge, good deeds, reflection and so forth. Gaining more knowledge is a means of increasing faith as Ibn ‘Umar

used to say, “We learned faith, but when we learned the Quran we increased in faith.” There is no doubt that having knowledge of the Names of Allah The Almighty and the meanings that each one of them comprises increases the Muslim’s faith. Knowing the Seerah (biography) of the Prophet

It was narrated that Al-Haarith ibn Maalik Al-Ansaari

was passing by and the Prophet

asked him: “O Haarithah! How are you doing?” He replied, “I have become a true believer!” The Prophet

told him: “Be wary of what you say, as everything has a truth, so what is the truth of your faith?” He said, “I abandoned the worldly life to the extent that I stay up at night (praying) and I remain thirsty during the day (because of fasting). I feel as if I can see the Throne of My Lord; the people of Paradise visiting each other and the people of Hell being tortured in it.” The Prophet

said: “O Haarithah! You have come to know, so adhere to what you know!” He repeated this three times. [At-Tabaraani]

were keen on increasing their faith. ‘Umar

used to say, “Let us make our faith increase.” And they would remember Allah The Almighty. ‘Abdullaah ibn Rawaahah

used to hold the hand of his friends and say, “Get up and let us have a faith boosting hour (by sitting with people who remember Allah).”

The might of Allah The Almighty is quite clear to everyone in this vast universe. The heavens are lifted without pillars and have stars and planets; while the earth is planted with seeds and produces the sweet and the sour. This makes the believer who has a pious heart unable to contain himself and he finds himself declaring the glory of Allah The Almighty and the beauty of His creation, saying, “Indeed, He is Allah, the Omnipotent.”