The traps of Satan for women on the Web 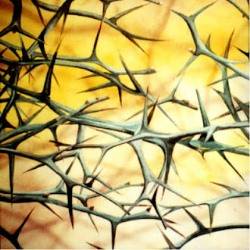 The Internet remains the first ever outlet for advocates of true causes and meritorious values, so as to disseminate their knowledge, manners and benefits, at a time when the global media is mostly dominated by evil.

Naturally, though, the Web houses religious, intellectual and didactic trends from all over the world. No distinction is made in terms of available opportunities, except in accordance with [Internet users’] personal efforts, drive and financial capability.

Therefore, righteous scholars, students and male and female callers to Islam have set out to utilize the Internet. As such, they seek and propagate knowledge, and invite others to Islam through it, hoping for reward from Allah The Almighty. On their part, righteous women have made great contributions, which are collectively appreciated.

However, humans will be humans and they have innate dispositions and tendencies that cannot be altered, except with strenuous efforts and a constant struggle. [In light of this, we will mention] one of the major obstacles and greatest risks to the process of Da‘wah (call to Islam), which threatens to destroy all the hard work done for Islam and [its] knowledge, perhaps even giving rise to a moral degeneration. This is [the danger of] men and women, as two sexes with inherent mutual attraction, having the chance to form relationships with one another. Boys will be boys, and girls will be girls, regardless of their honest tendencies and sound intentions.

Therefore, when the Quran commanded the wives of the Prophet

against softening their speech, so that corrupt-hearted men would not covet them, it was not [a manifestation of] an intellectual siege imposed on women. These were the most righteous ladies in the world being given a warning not to arouse the desires of men who were forerunners [in faith] and who lived at the time of the Prophet

. What, then, should the situation be with women of these times, even if they are virtuous callers to Islam and righteous seekers of knowledge?

Any woman who claims that she is saved from temptation is, regrettably, deluded and conceited. Sadly, the real world records poignant incidents arising from relations that started off innocently and in the service of Da‘wah, ending only in a calamity that would make one shudder to even write about.

This takes place even as one [only wants to] establish chaste and brotherly relationships and simply under the umbrella of cooperation in righteousness and piety. The following are examples of Satanic ways to [mislead] women working online in the field of Da‘wah and for Islam.

Women become members on forums or accept work as a moderator, with men they do not know or have even heard of before. Some website owners offer girls the task of supervising or administering their message boards, and exchange phone numbers and e-mail addresses with them, for the purpose of getting the job done.

Now, people usually have good intentions, but, with time, each party develops the courage to converse with the other about things outside the framework of the mission of Da‘wah. They speak about personal matters and may end up in the inevitable – a relationship.

Some religious women browse websites and forums, where members are of both sexes. A subject may pique their interest and they may want to add a comment. Since that action is not allowed unless one provides an email address, she does so and then makes her point. Thereafter, Satan may make the one in charge of the forum think it is a good idea to encourage that serious commenter. Thus, he may send a gracious note to the woman, passing on nice words, cordial sentiments and a special offer for her to be an active member or a moderator of a sub-forum. Over time, the connection between them develops, until they end up in that notorious position [of a relationship].

The compliment may be sent by the male member directly to the woman’s e-mail address or [on the forum, in reply] to her comment on the subject. Over time, unfavorable events tend to take place.

A woman who is relatively committed to her faith may register [on a forum] with an anonymous or male-sounding username. Then, she may get acquainted with a member posing as a female; due to the latter’s shrewdness and guile, the former may actually strongly believe the other to be a woman and seek advice, guidance and religious rulings. Afterwards, the one [posing as a female] may ask to meet with the woman, hosting her at home. She may accept the invitation, after revealing her true female identity, when trust has been built between her and her alleged female friend; but, it turns out to be a guy and a horrible crisis takes place!

Some devout women may seek religious edicts or counseling from people who pretend to be scholars or have experience in parenting, for example, to attract their victims. These ladies would vent to them, about their concerns, personal problems and family conditions. The alleged scholar or parenting expert may gradually persuade the woman to tell him about her most private matters, in order for him to prescribe a successful solution, grant her an appropriate ruling and hold a proper consultation. When people like him achieve what they aimed for and are privy to the secrets they desired to know about the women, they blackmail them with that information. Thus, sins are committed and virtue is violated.

Similar to the aforementioned situation, a Muslim woman may fall victim to some who claim to interpret dreams; such people are noticeably increasing by the day. Therefore, what is to say some of them would not tamper with the interpretation of certain visions, as long as it attracts clients, earns them fame and inducts them in to the ranks of noble and meritorious figures? But, this causes many women to become easy marks for dream interpreters, who deceptively use [their request for] dream analysis to trap those among them who are weak, in terms of personality, intellect and faith.

Please do not understand from these examples that we are generalizing in our judgments, exaggerating in our sayings or speculating regarding unseen matters. Reality witnesses the veracity of what we state and draws attention to its danger.
Hence, we should not trust all people without distinction, no matter how they appear.

Hadeeth experts from among the righteous predecessors would investigate and scrutinize the characters and lives of narrators, so as to distinguish whose reports can be accepted as authentic transmissions from the Prophet

. This is despite the fact that many narrators of Hadeeth were actually religious and observed acts of worship. Yet, this was done to ensure the soundness of the traditions of the Prophet

and based on knowledge of much fabricated input interposed by many fibbers and liars.

Hence, if people in ancient times lied about the Prophet

and made up Hadeeths that he never said, could not some deceitful people [today] give false dream interpretations?

Chat rooms are among the most dangerous and wicked innovations of those who seek corruption and violation of honor; they are venues for the breakdown of virtue and annihilation of modesty.

How many times has morality been breached in those rooms! Moreover, how often have they paved the way for unlawful intimacy!

Tempted by Satan, some righteous girls enter chat rooms, at times, out of curiosity and sometimes, to explore the unknown and do Da‘wah! They choose a made-up name and log onto these rooms of indecency and immorality. There, they come across very obscene words, and for the sake of reform and giving advice, these poor women tolerate that atmosphere of idiocy and impudence.

They chastely send out [words of] admonition and reminders, but quickly fall, themselves, into the face of immodest expressions that violate virtue. Time after time, the woman thus surrenders to her desire and slips into shameful sin.

Finally, I say again that I neither generalize in my judgments nor exaggerate in what I say. I am just protective of Muslim women and sisters, in terms of their faith and creed.

O Allah The Almighty, preserve our religion for us.