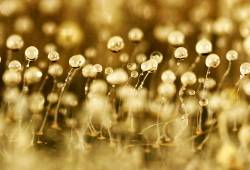 Once, his Shaykh, the scholar, made him swear and asked him to tell the truth. The student swore that he was on excellent terms with his father-in-law, and that he had never lied about that. Then he told the Shaykh about his dutifulness to his in-laws. Thereupon, the Shaykh was shocked at that father-in-law’s conduct and he told his student about what his father-in-law had said. He advised his student to be kind to his father-in-law, if that father was telling the truth, and to bear with him if he was telling lies. Thereupon, the student cried and swore by Allah The Almighty that he was truthful about what he had said.

The Shaykh then waited for the student's father-in-law. When he showed up, the Shaykh said to him, “You have claimed such and such.” The father-in-law replied, “Indeed, by Allah, he does that.” The Shaykh asked him, “Do you swear by Allah?” The man replied, “Yes, I swear by Allah.” Thereupon, the Shaykh supplicated Allah against him to be punished before the advent of the evening if he was lying. Before sunset, the father-in-law was paralyzed. We seek refuge in Allah from this. Injustice is like darkness.

If one’s wife's father abuses and humiliates him, he should know that by being kind to him he seeks to please Allah The Almighty. By returning his maltreatment with kindness he fears Allah The Almighty and he obeys His orders regarding being dutiful to relatives.

Just as a husband is required to perform his duties towards his parents-in-law, a wife is required to fulfill her duty towards her parents-in-law as well. A righteous woman should understand the parents' love for their son and she must not be the least jealous or try to weaken the relation between her husband and his parents. She should also know that if she wishes Allah The Almighty to bless her married life and grant her happiness with her husband, she should support him to be dutiful to his parents.

When the husband's parents are in need for him, the wife -their daughter-in-law- should be there for them, too, to show them, kindness, love, respect, and dutifulness.

Allah The Almighty made the fathers-in-law Mahrams (permanently non-marriageable) to their daughters-in-law in order to strengthen family ties between them, as the daughter-in-law would consider her father-in-law to be like her own father; therefore, she would treat him kindly, look after him and deal with him mercifully. A daughter-in-law should be just as kind to her mother-in-law as well.

Problems between wives and their mothers-in-law mostly occur due to a clear reason: the mother’s love for her son. A wife has to know that the highest degree of kindness and mercy that could occur between two humans is that between the mother and her child, and mothers should not be blamed for this. When the Prophet

wept due to the death of his son Ibraaheem, he

was asked about this, and he replied: “This is mercy that Allah created in His servants' hearts.” [Al-Bukhari]

First: she is her husband’s partner in being undutiful to his parents, and we seek refuge in Allah from this,
Second: she severs her kinship ties.

It was related in some traditions that the misdeed which is immediately punished in this life in addition to the punishment of the Hereafter is severing kinship ties. Allah The Exalted Says (what means): {So would you perhaps, if you turned away, cause corruption on earth and sever your [ties of] relationship? Those [who do so] are the ones that Allah has cursed, so He deafened them and blinded their vision.} [Quran 47: 22-23]

Some scholars say that Allah The Almighty hardens the heart of the person who severs kinship ties. Therefore, no matter how much he is admonished and no matter how many signs he sees, his heart is not awakened. We ask Allah to safeguard us from that. Even if his heart does awaken, that will not be for long. This is why when someone complains to scholars about hardness of the heart, they ask him about how strong he maintains his kinship ties.

A woman who encourages her husband to sever his kinship ties severs her own and does not obey the orders of Allah regarding her husband and her relatives. Rather, a woman has to bear with her parents-in-law and seek the reward from Allah The Almighty.

If the husband's parents are harmful to her, she is required to consult scholars about what should be done. Sometimes, the couple’s parents interfere in their children’s married life, which makes both spouses uncomfortable. In such a case, both the husband and the wife are required to weigh the harm against the advantages of maintaining strong relations with the interfering parent. If the evil of their interference is greater than the evil of keeping his wife away from her parents, in such a case, a husband has to keep his wife away from her parents, but allow her to visit them from time to time in order to show dutifulness to them. Likewise, when the husband's parents interfere in their son's marital life and cause harm, the wife in such a case has two options, either she adopts patience and seeks the reward from Allah The Almighty, and this is better and closer to perfection, or she weighs the extent of the harm. If the evils resulting from the in-laws’ interference are greater, she should ask her husband to keep her away from his parents.

Husbands, on their part, are required to be fair to their wives. If the husband observes that the parents’ interference in the marital affairs harms his life and his wife, who cannot be patient regarding that, he is required to fear Allah concerning his wife and protect her from his family and parents. If he keeps his wife away from his parents and lives away from them, he is not considered undutiful to them, because he is trying to protect his home from their harm. However, he is required to check on his parents and be dutiful to them. A son is allowed to do this because Allah neither commands injustice nor is pleased with it.