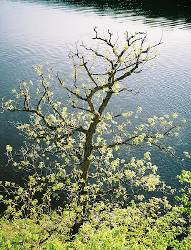 Allah The Almighty does not command injustice, and therefore it is improper to request the husband to remain close to his parents in order to satisfy his parents while they are a whip of torture, harm, evil and oppression against his wife. The same applies to the wife’s parents. Both the husband and the wife are required to fear Allah The Almighty and treat each other fairly. Hence, the situation should be weighed upon the scale of the Sharee‘ah. If there is great harm and the woman is patient, this is better and would be greatly rewarded. Allah The Exalted Says (what means): {So give good tidings to My servants, who listen to speech and follow the best of it.} [Quran 39: 17-18]

Commenting on this verse, some scholars

said that "the best of it" refers to the best of the Quran. This is because the Quran includes what is good and what is best. In such a case, the wife has the right to return harm with the same level of harm and likewise the husband. The best of the Quran, however, is to return harm and evil with kindness and beneficence. Allah The Almighty refers to people who do so Saying (what means): {But none is granted it except those who are patient, and none is granted it except one having a great portion [of good].} [Quran 41: 35]

said: “The maternal aunt is in the place of the mother.” [Al-Bukhari]

Consequently, if the wife has an elder brother who married her off or used to support and protect her, he is entitled to kindness and respect in the same way mentioned previously. Such kindness is not restricted to the wife's father; rather, it includes brothers and other kindred, even paternal uncles. It was narrated that the Prophet

commanded that she would be given to her maternal aunt and further he said: “The maternal aunt is in the place of the mother.” [Al-Bukhari]

This means that it is a duty to maintain good relations with all of one’s in-laws, not only parents-in-law. If a husband notices his wife's kindness and respect for her elder brother, he should understand - particularly if she is an orphan and her brother was the one who brought her up. A husband should be dutiful to this elder brother and honor him. A husband has a duty towards his brother-in-law like the duty he has towards his parents-in-law.

Our Muslim societies are in need of everyone to fulfill the rights of kinship. In the past, people cherished the rights of their in-laws, because people’s nature was wholesome. People would teach their sons and daughters to maintain kinship ties. Nevertheless, since values of upbringing have deteriorated in recent times and duties towards kin have been neglected, attention needs to be drawn to them. Muslims need to be further alerted on this subject and called to fulfill their duties towards their kin. Muslim scholars are required to draw Muslims’ attention to this.

The situation is so bad now that a husband might even sue his aged father-in-law. A judge in one of the Muslim countries relates, “The most difficult lawsuits that annoy me the most are to see an old man at the end of his life who has a respectable position versus a foolish, ignorant young man who scorns his [this old man’s] daughter within his hearing, scandalizes and humiliates him and does not observe the least of kinship rights. This makes my heart bleed, and sometimes I become too disturbed to pass a judgment due to what I see and hear.”

Where is obedience to the command of Allah to maintain kinship ties? We see old men at the end of their life being humiliated by their sons-in-law. Some husbands frequently go to their fathers-in-law only to complain to them about their daughters, criticize them, and expose their mistakes. The woman’s father could be sick yet his son-in-law would not have mercy on his old age.

Such behavior saddens the believer. It is obligatory to give this issue its due importance. Such negative behavior cannot be shunned unless we achieve two things:

The first is the righteous upbringing of our sons and daughters. They are to be directed to, educated and brought up to noble morals and maintaining kinship ties. Therefore, when the son gets married, he is grateful and fulfills his duty towards his wife's father and kinship. Likewise, the mother should teach her daughter and righteously direct to and teach her noble morals and the best habits.

The second is that all Muslims should exchange sincere advice. There have recently been many disputes among people and spouses and very few people offer sincere advice and admonition. Sorrowfully, one gets to see some men speaking lowly of their in-laws to friends or relatives, yet none of them tells him to fear Allah The Almighty, advises him to be grateful, or remind him that Allah The Exalted Says (what means): {And do not forget graciousness between you.} [Quran 2: 237]

It is obligatory for us to exchange advice, and it is also obligatory to revive that which Allah The Almighty commanded to be revived of fearing Him concerning kinship. Allah The Almighty Says (what means): {And fear Allah, through whom you ask one another, and the wombs [kinship].} [Quran 4: 1]

During the pre-Islamic era, it was the habit of the Arabs, even though they were misguided polytheists, that when there was a conflict between two men and one of them wanted to admonish, remind or even threaten the other, he would say to him, "I beseech you by Allah and kinship ties." Thereupon, the other would surrender and if the former wanted him not to do something, he would refrain; and if he wanted him to do something, he would obey. The reason behind this was their feeling of the greatness of kinship ties.

It was narrated that the Messenger of Allah

said: “You will conquer a land where Qiraat [a unit to measure land] is used. So, be kind to its nation, for they are [our] kin.” [Al-Bukhari and Muslim] By the land where Qirat is used, the Prophet

was referring to Egypt. He

told them that they would conquer that land where the Qiraat is used, and he

commanded them to be kind to its people due to kinship ties. That is because Haajar, the mother of Ismaa‘eel (Ishmael), may Allah exalt their mention, was from Egypt. Also, Maariyah the Coptic, the mother of Ibraaheem, the son of the Prophet

was from Egypt. The Prophet

commanded the Muslims to treat the Egyptians kindly and considered them kindred of the whole Ummah (Muslim nation). This is concerning distant kinship ties, so how about the close ones?