I‘tikaaf and the Sweetness of Seclusion 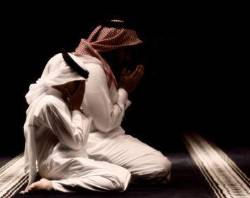 I‘tikaaf is an affirmed Sunnah and a virtuous example of prophetic guidance that the Prophet,

(may Allah exalt his mention), observed until his death as narrated by ‘Aa’ishah, may Allah be pleased with her. Some wives of the Prophet,

, observed I‘tikaaf after his death as cited in Saheeh Muslim and other collections of Hadeeth.

The Companions, may Allah be pleased with them, would observe I‘tikaaf during and after the life of the Prophet,

. This was also done by scholars, devout worshippers, ascetics, and other seekers of the Hereafter.

The I‘tikaaf done according to the Sunnah is that which one observes by soul and body and is dedicated to Allah in a permissible seclusion where the soul gets rid of the preoccupations of the worldly mortal pleasures and sails in the world of spirituality drawing nearer to the Creator and seeking His blessings.

It is to sincerely seclude oneself with Allah, contemplating His favors and blessings, recognizing His Lordship, Divinity, glory, and rights along with praising Him.

It is to spend your day and night reciting the Quran, performing voluntary prayers, remembering and mentioning Allah, and performing every goodness in word and deed.

All of us know that ostentation and showing off make one's deeds void. It is a kind of hidden Shirk (polytheism) that the Prophet,

, warned us about. Some people openly talk to others about their I‘tikaaf without any need though this righteous deed is supposed to be concealed.

2- Too much idle talk

A lot of people gather in the place of I‘tikaaf. Perhaps, some of them know each other; hence, they will chat, thus killing their time. This deprives each one of them from secluding with the self, drawing nearer to Allah and devoting time to worship Allah. All of these are great goals of I‘tikaaf.

3- Being busy with cell phones

What is more astonishing than the previous matter is the phone calls made via cell phones. Some of those who observe I‘tikaaf call their friends and acquaintances asking them things and talking with them about every insignificant matter, exchanging jokes and laughter. How can we compare these people to the Hadeeth of ‘Aa’ishah, may Allah be pleased with her, that during her I‘tikaaf she used to enter the house for a need only, and that if there was a sick person inside, she would only inquire about him while she was passing. [Muslim]

Dear readers, please come to observe I‘tikaaf in the proper way that was done by the Prophet

and not according to the changed form. Hence, you will be among the successful.