Fasting is a Scientific Miracle - I 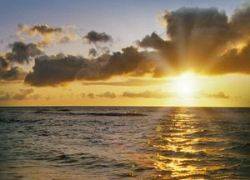 Allah The Almighty Says (what means): {O you who have believed, decreed upon you is fasting as it was decreed upon those before you that you may become righteous.} [Quran 2:183] In this Noble Quranic verse, Allah The Almighty tells us that He has ordained fasting and made it an established norm common to all generations of human beings. History books report that the Persians, Romans, Indians, Greeks, Babylonians and ancient Egyptians would fast and consider that a good deed. Jews and Christians also used to fast - and still do - even though it is done in different forms that they have innovated, thereby deviating from its true meaning.

All living beings except man were made by Allah The Almighty to live according to a balanced law to obtain their needs of food and nothing more. An animal's appetite for food is always related to its real need for it, or the purpose for which it has been subdued. For example, an animal may abstain from having food for a long time, as shown when some animals hibernate, or obtain food at far intervals, as shown in some kinds of snakes, or refrain from food during periods of disease, injury or fracture, as is the case with horses, dogs, cats or so on, or at the time of journeying, emigration or procreation as is the case with salmon, some birds and mammals.

But man is different. He has been endowed with will and freedom of choice. Thus, his appetite for food may not be connected with his real need for it. He gets of it what is beyond his need, especially when it is available in various forms and kinds. Man in this age - as stated by one scientist - does not eat because he is hungry but rather to satisfy his appetite for food. The surplus food then accumulates in his body and leads to severe troubles in its different components, and the poisons of nutrients are stored in its tissues, resulting in imbalance, diseases and defects.

The dangers and risks resulting from consuming food in great quantities irregularly and without criterion have become an indisputable fact. According to one scientist, “It is certain that getting different kinds of food in succession, that is, to have one kind of food straight after another, overburdens the body’s metabolism. Getting rid of this habit will, necessarily, reduce the secretions of the digestive system hormones and insulin in great quantities, which preserves the health of the body and maintains for man a longer and better life. Research confirms that lab rats which eat every other day live 63 weeks longer than those allowed to eat whenever they want, and they are more active during the final weeks of life.”

With the beginning of the age of scientific renaissance in Europe, scientists began to call upon people not to consume excessive amounts of food, nor to excessively indulge in pleasures, and rather suggested fasting in order to reduce this. One of them addressed his people saying, "O poor miserable Italy! Do you not see that gluttony leads to the death of your citizens more than any spreading epidemic or sweeping war does? Such shameful banquets (photos of feasts and people who eat greedily) as are widespread these days are as harmful and detrimental as the most ferocious military war. For this reason, it is due upon us to eat only as much as is necessary to sustain our bodies properly; and any increase in the quantity of food only gratifies us temporarily. But in the end, we have to endure the results of this in the form of diseases, and even death in some cases."

This is, indeed, a clear testimony to the truthfulness of the scientific miraculous nature of the Prophetic Hadeeth of the Messenger of Allah

: "Man fills no vessel worse than his stomach, even though it is sufficient for mankind to have only small morsels to sustain him. However, if it is necessary for him to do so (i.e. to fill his stomach), then let him assign one-third to his food, one-third to his drink, and one-third for his breath." [At-Tirmithi, Ibn Maajah & Al-Haakim] Can we see how these non-Muslim scientists testify, with their words and research, to the Prophetic Hadeeth of the Messenger of Allah

given that they do not even know him and their beliefs are quite different from his?

Fasting is a Scientific Miracle - II

Fasting is a Scientific Miracle - III