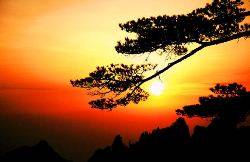 Allah The Almighty Says (which means): {O you who have believed, decreed upon you is fasting as it was decreed upon those before you that you may become righteous.} [Quran 2:183]

The following are some examples of fasting from the nations who were before us, the Jews and Christians:

It is narrated on the authority of Ibn Mas‘ood

that he said, "If you hear Allah Saying (what means): {O you who have believed} pay attention to it; because it is either something good you are commanded to do, or something evil you are forbidden to do."

It is narrated on the authority of Ja’far As-Saadiq

that he said, "The pleasure of 'O' in the call (i.e., being called by Allah The Almighty) removes the trouble of worship and suffering (in the instructions that come after it)."

1- The People of the Book used to fast the tenth day of Muharram. When the Messenger of Allah

emigrated to Madeenah, he found them fasting on this day. He asked them about the reason, and they said, "This is the day on which Allah The Almighty delivered Moosa (Moses)

and his people from Pharaoh. We fast on it out of gratitude to Allah." On that, the Messenger of Allah

said: "We (Muslims) have more right over Moosa than you." Thus, he fasted it, and commanded the Muslims to fast it. His command means that it was obligatory.

recommended his Ummah (Muslim nation) to do a few days before his death. He

said: "The next year, Allah willing, we will fast (also) the ninth day (of Muharram in addition to the tenth)." However, the next year did not come before he

2- The Jews used to fast every Thursday and Monday, thinking that Moosa (Moses)

ascended Mount Sinai on Thursday and descended from it on Monday. Though we agree with them on fasting these two days, our reason and rationale are different from theirs. The reason is that fasting on these days has been ordained by our Prophet

. The rationale for this is mentioned in the Hadeeth: "These are two days on which the gates of the Heavens are opened, and the (records of) deeds are shown to the Lord." Thus, we like that our deeds are shown to Him while we are fasting.

The claim of the Jews that Moosa

ascended and descended from the mountain is false, as indicated by the Saying of Allah (which means): {so remove your sandals. Indeed, you are in the sacred valley of Tuwa.} [Quran 20:12] A valley is different from a mountain. Besides, how would Allah The Almighty have commanded him to ascend Mount Sinai while He The Almighty knew that it would collapse? He The Almighty Says (what means): {And when Moses arrived at Our appointed time and his Lord spoke to him, he said, "My Lord, show me [Yourself] that I may look at You." [ Allah ] said, "You will not see Me, but look at the mountain; if it should remain in place, then you will see Me." But when his Lord appeared to the mountain, He rendered it level, and Moses fell unconscious. And when he awoke, he said, "Exalted are You! I have repented to You, and I am the first of the believers."} [Quran 7:143]

3- The People of the Scripture searched for the best day in the week to devote themselves to worship, and were not guided to it. After great effort, the Jews took Saturday, justifying this by claiming that on this day, Allah The Almighty "rested" –
Exalted be Allah from what they describe – after creating the heavens and the earth. The Christians then took Sunday. However, Allah The Almighty guided the Ummah of Muhammad

to Friday, as shown in the authentic Hadeeth: "Allah did not guide those who were before us, thereupon the Jews glorified Saturday, and the Christians glorified Sunday; and Allah guided us (the Muslims) to Friday. We then are the last (to come in this World) and the foremost on the Day of Judgment."

; on this day, too, He caused the angels to fall in prostration to him; and on it He made him descend to the earth. Moreover, there is an hour on this day, in which no servant stands to supplicate but his sins are forgiven. The Hour (of Judgment) will be established on this day.

4- The People of the Scripture used to continue fasting until midnight or close to it, and did not break the fast before the stars intermingled in the sky. Sometimes, they continued fasting night and day. However, our Sharee’ah brought about ease, by encouraging us to hasten to break the fast at sunset and delay Suhoor until shortly before dawn, and forbidding continuous fasting. According to an authentic Hadeeth: "The people will continue to prosper as long as they hasten to break the fast and delay Suhoor." And: "The meal of Suhoor is the separating limit between us and the People of the Scripture."

5- They believed that the devils enter the bodies of the disobedient among humankind, and come out of them only by fasting, but this is false; devils possess men whether they are disobedient or obedient. The Jinns’ possession of men does not depend on sin, neither would their coming out depend on performing acts of worship. Nevertheless, the course of Satan is made narrow upon him by worship, whereas he thrives and rejoices at sin. Fasting is one of the greatest acts of worship by which the course of Satan is constricted. The Messenger of Allah

Virtues of Abu Hurayrah in the Context of Ramadan