Whispering is the Devil’s Weapon - II 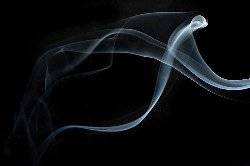 Methods of Treating Whispering in Matters Pertaining to Creed

There are two methods for protecting one’s self against the devil’s whispering in matters pertaining to creed and faith:

The first one is a preventative method, which means protecting one’s self against the whispering before it even takes place by fortifying one’s self with knowledge and devoting himself to studying and learning the issues of Tawheed and faith, because the devil always finds it difficult to whisper to scholars. Whenever he tries to defeat them, they would defeat him. If he tries to whisper to them, they would drive away these whisperings with the guidance and knowledge that they have and would thereby pelt him with these stones. It was said that one scholar is harder on the devil than one thousand worshippers. The one who gets to know Allah through His attributes and creation, would certainly glorify Him. Moreover, he would always have good expectations of his Lord until he meets Him.

The second method should be applied if the whisperings already take place. Muslims who are aware of this should drive them away and nullify their effect through six ways:

The first one is to stop thinking of these whisperings by dispelling any thoughts that are related to them and seeking refuge with Allah from the evil of the accursed devil. This is supported by a Hadeeth on the authority of Abu Hurayrah, may Allah be pleased with him, where the Prophet

This means that if such whisperings occur to anyone, he should resort to Allah The Almighty to drive its evil away and stop thinking of it. He should also know that these whisperings are from the devil who wants to corrupt and tempt him. So, he should not listen to his whispering and should stop it by keeping himself busy with something else. Allah The Almighty Says (what means): {And if an evil suggestion comes to you from Satan, then seek refuge in Allah. Indeed, He is Hearing and Knowing. Indeed, those who fear Allah - when an impulse touches them from Satan, they remember [Him] and at once they have insight.} [Quran 7: 200-201]

In a Hadeeth on the authority of Ibn Mas‘ood, may Allah be pleased with him, the Prophet

said: “The devil puts thoughts in the son of Aadam and so does an angel. The devil’s thoughts promise evil and deny the truth, whereas, the angel’s thoughts promise goodness and belief in the truth. The one who finds the latter should know that this is from Allah and should praise Him. On the other hand, the one who finds the former should seek refuge with Allah from the accursed devil.”

Thus, the person should restrain himself from continuing with such thoughts as they have dire consequences.

said: “Allah has forgiven my Ummah [nation] the evil thoughts that occur to their minds, as long as such thoughts are not put into action or uttered.” [Al-Bukhari] This was the behavior of the Companions, may Allah be pleased with them, when they encountered anything like this. In a Hadeeth on the authority of ‘Abdullaah Ibn ‘Abbaas, may Allah be pleased with him, he said that a man came to the Prophet

and said: “I have thoughts of such a nature that I would rather be reduced to ashes than speak about them.” He

said: “All praise is due to Allah who has reduced the plot of the devil to whisperings.”` [Abu Daawood]

The third one is to say with firm belief “I believe in Allah”, when any of the devil’s whisperings occur to him. The Prophet

said: “People will continue asking questions until they would say, ‘Allah created everything, but who created Allah?’ The one who finds something like this should say, ‘I believe in Allah.’” [Muslim]

It is well known that belief in Allah is the first pillar of believing in the unseen, and from which belief in all the other pillars spring. Confirming this belief by one's tongue acts as a reminder of Allah and drives away the devil.

The fourth one was mentioned by Ibn Al-Qayyim

The fifth one is resorting to Allah the Almighty by supplicating to Him and asking Him to make one’s heart firm on faith. This is why the Prophet

would supplicate to Allah saying: “Ya muqallib al-quloob thabbit qalbi ‘ala deenik [O You who changes the hearts (i.e., Allah), make my heart firm on Your religion].” He

also would say: “Faith wears out just as clothes do, so ask Allah to renew your faith.”

The sixth one is that, if the whispering continues, one should refer to the people of knowledge regarding whatever troubles or disturbs his belief in his Lord for Allah The Almighty Says (what means): {So ask the people of the message if you do not know.} [Quran 16:43]

The devil’s whispering in acts of worship is something that he does with certain people. He makes them imagine, for instance, that they have nullified their ablution while praying or that they have prayed three Rak‘ahs (units) instead of four. He also comes to the slave after performing ablution and whispers to him that he did not wipe over his head or did not wash his body parts in the correct way.

The treatment of this kind of whispering is to overlook it, especially if it has become a habit. The Prophet

guided us to its treatment when he said: “The devil comes to one of you while he is praying and would open his anus, and the person would think that he has nullified his ablution while in fact he did not. If anyone of you feels this, he should not leave the prayer until his ears hear a sound or his nose smells a bad smell.” [Al-Haythami: Al-Majma‘ with a Saheeh Chain] The one who is afflicted with this should remember and mention Allah a lot because the devil has no authority over those who do this frequently. He should also invoke Allah and supplicate to Him frequently to drive this affliction away. Moreover, he should seek the help of specialized physicians. May Allah protect us and all Muslims from every affliction and drive the devil’s plot away.

Whispering is the Devil’s Weapon - I