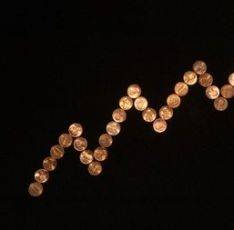 The Righteous Predecessors Warned Against Excessive Ambition in this World

Ibn Mas‘ood, may Allah be pleased with him, said, “Do not let extended welfare lure you into laxity, and do not be diverted by false hope; for whatever will come is near, and whatever is far will never come.”

Salmaan Al-Faarisi, may Allah be pleased with him, said, “Three things make me laugh out of irony: A person having excessive ambitions in this life while death awaits him, a person who is heedless while Allah is encompassing of everything he does, and a person who laughs heartedly while not knowing whether Allah Is angry or pleased with him.”

It was narrated that ‘Eesa (Jesus), may Allah exalt his mention, said, “How sane is the person who builds a home on the waves of the sea? This is the example of this world, so do not take it as your abode.”

was among the people. During the burial, Abu Daawood

withdrew and sat to a side. I then went and sat near him. He said, “Those who fear the punishment of Allah will gain what they desire, even if it is difficult to obtain. Those who strive for this worldly life are negligent of the Hereafter; all what is destined is soon to happen. Know that all the people of this world will eventually be of the inhabitants of the graves. Also, know that the inhabitants of graves regret the time, money and effort that they wasted in persuing the pleasures of this life and are only pleased with the good deeds that they did during their lifetimes. Sadly, what the inhabitants of graves regret, the people of this world are competing, fighting over and disputing in courts over.

said, “Death has snapped the necks of tyrants, broken the backs of emperors and cut short the false hopes of Caesars, whose hearts rejected the remembrance of death until it suddenly struck them and cast them into the earth. Have any of them found haven or refuge from death?”

Others said, “Many people start their day and die before it ends and many wait for the next day but never reach it. If only you realize the truth of life and how quickly it passes by, you would detest excessive ambitions in this life and its delusion.”

was asked, “How do you find yourself?” He replied, “I have a short life, excessive ambitions in this world and many wrong deeds.”

A man wrote a letter to his brother, saying, “Sorrow over what is missed from the pleasures of this life is endless and death is close to a person. Every day decreases his lifespan; and illness gradually increases in his body day after day. So, start performing good deeds before death comes to you. Peace be upon you.”

Consequences of Excessive Ambitions in this Worldly Life

Having excessive ambitions in this worldly life leads to committing misdeeds and keeps a person away from obeying Allah. It is also one of the causes of violating prohibitions, transgression and plundering others' rights. Therefore, a person must always recall death and show due reverence towards Allah.

The Remedy for this Disease

Ignorance and love of this world are the cause of having excessive ambitions in this worldly life. Treatment of this disease lies in being aware of its dangers and harmful consequences, realizing the importance of performing obligations on their prescribed time and understanding that procrastination leads a person to failure and loss. The slave of Allah has to know that he is required to be where Allah The Exalted has commanded him to be, and to avoid acts that Allah The Exalted has commanded him to abstain from. One also should make his motto the same as that raised by Haatim Al-Asamm

who said, “I knew that none would perform my duties for me and therefore I am occupied in fulfilling them. I saw that people look at my appearance while Allah looks at what is concealed inside me, so I realized that it is worthier and better to be conscious that Allah is watching me. I also knew that death comes suddenly and, therefore, I decided to perform good deeds before it comes.”

There is a great difference between having hopeful expectations and having extensive ambitions in this worldly life. A person who has hopeful expectations for something will do his utmost in order to attain it and a person who fears something will flee from it. On the other hand, having excessive ambitions in this life leads a person to neglecting the matters of the Hereafter and preparing for it. One who seeks remedy for this disease has to understand the truth of this worldly life and how insignificant and valueless it is, and that it takes the side of those who are mean and cowardly and is their endless pleasure. Principally, one does not find in this world but what he dislikes and when he finds something that pleases him, it is but an exception.

Therefore, you have to ask yourself: “Where are the former and later peoples? Where are those who filled the world from east to west with pride and glory? Where are those who furnished their palaces with silks and gems? Where are those who caused the earth to tremble out of veneration and exaltation for them? Do you perceive of them anyone, or hear from them a sound?” Allah caused them to perish, as He did with other nations, and exterminated them like disintegrated ruins. Allah also removed them from the spaciousness of their palaces to the narrowness of graves, under stones and rocks and they became so that nothing was seen of them except their dwellings. What they accumulated throughout their lives did not benefit them, and what they earned did not avail them. Both the living and their beloved left them; both their brothers and friends abandoned them; both their relatives and non relatives forgot them. It is as if death is not decreed upon us and that it will only befall others. When we follow a funeral procession, it is as if the deceased is just going on a journey and will soon return, then we consume their inheritance as if we will be immortal in this world.

O people! Fill your life in this world with obeying Allah and following the methodology of your Prophet

and let your motto be: {And I hastened to You, my Lord, that You be pleased.}