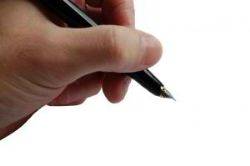 4- In disputes and arguments. Living in kindness implies that when a dispute arises between the spouses, the husband should define the points of dispute and explain her mistake to her, if she is the one who is mistaken. This should be done in a way that involves no reproof or scolding, particularly if he wants her to admit something. When she admits, he has the choice to either reproach or forgive her. Attacking her hastily before explaining her mistakes would end the love and intimacy and hinder the process of living equitably, because she would feel that she has been wronged. Therefore, it is best that the husband explains to his wife her mistake kindly.

knew that she would not swear by the Lord of Ibraaheem, may Allah exalt his mention, unless there was something wrong. In both cases, she, may Allah be pleased with her, swore by Allah, who is of course the Lord of Muhammad

and the Lord of Ibraaheem, may Allah exalt his mention, but she would use the latter to show that she was upset. This practice was the perfect politeness that only a noble and honorable lady would practice. Such a lady neither attacks nor scolds her husband for his mistakes, but rather behaves patiently and bashfully. Surely, no woman behaves patiently and bashfully, but Allah will grant her success and a good end.

Also, no man encounters harm from his wife patiently and without saying hurtful or unpleasant words to her but Allah The Almighty will grant him a good end in this life and a great Hereafter. It is reported that one day a student visited a scholar and saw his son serving him and showing him dutifulness in an amazing way. When the son left, the scholar asked his student, “Are you amazed at his dutifulness?” The student replied in the affirmative and said that he was very amazed at the dutifulness of the son. The scholar explained, “I lived with his mother for more than twenty years and she never smiled at me, but I reacted patiently. Thus, Allah The Almighty compensated me with what you have seen.”

When a man encounters the harm of his wife with abuse, revilement and curses, she disdains and disparages him. As a result, she will not speak of his love or affection in his absence. People say that man becomes a subject of discussion after his death, so he should choose for himself the best speech. It means that all people who dealt with him will talk about him after his death. They will mention what he said and did.

The perfection of man appears in the flame of his anger when he controls himself and does not say anything but good. May Allah endow His mercy upon a husband who abstains from saying unpleasant words to his wife!

Living equitably through speech is an important element in the reformation of Muslim homes, and Allah The Almighty increases the reward of His slave according to the degree of his patience. Allah The Almighty favored men over women and endowed upon them patience and wisdom that are not granted to others. Thus, the husband should show patience regardless of whatever he hears or sees from his wife. Also, the righteous woman should patiently endure any hurtful and harsh words of her husband, for Allah The Almighty will make these words a cause for elevating her degrees, multiplying her good deeds and forgiving her sins. Indeed, when Allah The Almighty loves a people, He tests them.

So Allah may test a woman by giving her a husband who harms her and whom she hears unpleasant words from.

Living in kindness also entails kind treatment, which emanates from being an ideal husband, concord and mutual faithfulness of the spouses. Muslim homes will not be reformed except through righteous deeds and good companionship that reflect a person’s good nature, high morals and virtue. The Prophet

testified that the best of men are those who treat their wives kindly and become superior with their good deeds, manners and noble qualities.

It is not enough for the man to claim these qualities; he should translate them into action. When Allah The Almighty wants to complete His favors over His slave and shower him with His blessings, He beautifies him with good conduct. So, a Muslim who adheres to Islam and follows the way of Allah The Almighty should, after obeying Him, be keen to maintain noble morals and Islamic etiquettes whereby Allah The Almighty would increase His reward. The Prophet

said: “Shall I inform you of those among you who will be closest to me in position on the Day of Resurrection? [They are] those of you who have the best morals” [At-Tirmithi]

The Companions, may Allah be pleased with them, eagerly asked the Prophet

replied: “Fearing Allah and [having] high morals.” [At-Tirmithi] Words and actions are required for the spouses to live equitably, and the best person is the one who has the best and most perfect manners. The Prophet

said: “The most perfect believers in faith are those among them with high morals.” [At-Tirmithi]

made man's wife and relatives the most entitled to his good manners. Therefore, he ordered dutifulness to one's parents due to their closeness. A man asked, “O Messenger of Allah, who is the most deserving person of my good companionship?” The Prophet

replied. The man asked again, “Then who?” He said: “Your mother.” He then asked, “Then who?” Thereupon, the Prophet

made the greatest share of man's good manners for his relatives, so the first thing we look for in the man whom Allah has beautified and enhanced in his manners is his good manners with his family. This is because a man might behave in a kind and gentle way in front of people, but once he enters his own house, he behaves badly – this is the most evil creation even if he is kind with people. His kindness in this case is pretentious and hypocritical, but if he were to behave peacefully, kindly, mercifully and gently with his weak wife and children who are under his authority and power, it would be considered a sure sign that he is truthful in his good manners.

For this reason, the man who wants to behave in a good way should begin with his family. The Prophet

led the armies to make the religion of Allah The Almighty dominant and His word reign supreme. Yet, when he

entered his house, he

would enter with compassion, mercy, gentleness and kindness.

was the best man in treating his wives; the first thing he

would do was to use a Siwaak (toothstick) so that his wife would not find a bad odor. This indicates that the husband, through living equitably with his wife, should take care of his appearance. Ibn ‘Abbaas, may Allah be pleased with him, would bring a Kohl container and apply Kohl before the mirror, saying, “I like adorning myself for my wife, as I like my wife adorning herself for me.” This is the perfection of Islam.

A Muslim man adopts certain practices and perfections with people when he goes out of his house. Once he returns to his family and wife, he treats each of them properly. The first thing the Prophet

would do upon entering his house was to use the Siwaak. When he was alone with his wives, he

would be kind, use the best speech and act in the best way. When 'Aa‘ishah, may Allah be pleased with her, was asked about the manners of the Prophet

at home, she said, “He was in the service of his family.” Sometimes he would stitch his clothes and had no feeling of belittlement; it was an honor and perfection as he was the most perfect, most honored and the highest in rank and status in the sight of Allah The Almighty.

Seeing one’s family should be featured with modesty and humbleness. The Prophet

said: “Shall I inform you of those among you who are closest to me in position on the Day of Resurrection? [They are] those of you who have the best morals, and are the most humble.” [At-Tirmithi] The wife is most entitled to this humbleness. When the Prophet

visited his wives, he

was keen to bring them happiness, so that they would feel his love, fidelity and the bond with him after his departure. To help strengthen this feeling, the Prophet

would kiss his wives before he left, not out of sexual desire because once he heard the Athaan (call to prayer) he

would be busied by that, but rather because the Prophet

would kiss his wife out of affection and mercy so that she would realize her place in his heart and sentiment. A guided Muslim, who wishes to abide by the Sharee‘ah of Allah regarding living equitably, should treat his family in an honorable manner. Moreover, the Prophet

was keen to bring happiness to his wives when sitting with them, being sad on the sad occasions and being happy on the happy occasions. Nevertheless, he would never say anything but the truth.