The Status of Muslim Women in Communal Life 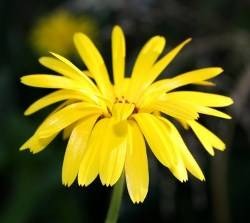 The status of the Muslim woman in Islam is very noble and lofty, and she has a great influence on the life of every Muslim in her community. Indeed, a Muslim woman is the initial teacher who contributes towards building a righteous society, provided that she follows the guidance of the Book of Allah and the Sunnah (tradition) of His Prophet

since adherence to the Quran and the Sunnah keeps every Muslim -- male or female – away from being misguided in any way.

The misguidance and deviation of nations are the result of being far away from the path of Allah The Almighty and from what His prophets and messengers, may Allah exalt their mention, came with. The Prophet

said: "I am leaving behind two things, you will not go astray as long as you cling to them, the Book of Allah and my Sunnah."

The Noble Quran mentions the great importance of the role of Muslim women, whether she is a mother, wife, sister or daughter, her rights and duties, and this has been explained in detail in the purified Sunnah.

Her importance lies in the tremendous burden and responsibility that is placed on her shoulders, and the difficulties that she has to shoulder -- responsibilities and difficulties that are sometimes greater than those which a man has to bear. Hence, one of the most important duties is to show gratitude to the mother, be dutiful to her and accompany her in kindness. In this matter, she is to be given precedence over the father. Allah The Almighty says (what means):

پœ {And We have enjoined upon man [care] for his parents. His mother carried him, [increasing her] in weakness upon weakness, and his weaning is in two years. Be grateful to Me and to your parents; to Me is the [final] destination.} [Quran 31:14]

پœ {And We have enjoined upon man, to his parents, good treatment. His mother carried him with hardship and gave birth to him with hardship, and his gestation and weaning [period] is thirty months.} [Quran 46:15]

A man came to the Messenger of Allah

replied again: ‘Your mother.’ The man then asked, ‘Then who?’ He replied: ‘Then your father.’ " This implies that the mother should be given three times the dutifulness and good treatment that the father is given.

As regards to the wife, her status and her effect in making the soul tranquil and serene has been clearly shown in the noble Quranic verse where Allah The Almighty says (what means): {And of His signs is that He created for you from yourselves mates that you may find tranquility in them; and He placed between you affection and mercy.} [Quran 30:21] Al-Haafith Ibn Katheer

commented on this verse, saying, "It encourages love, affection, compassion and piety since the man keeps his wife either because he loves her, or because of compassion and pity for her if he has a child from her."

The unique stance that the Prophet's

wife Khadeejah, may Allah be pleased with her, took in supporting him and calming and reassuring the Messenger of Allah

when the angel Jibreel (Gabriel), may Allah exalt his mention, first came to him in the cave of Hiraa’.

returned to Khadeejah, may Allah be pleased with him, with the first revelation and with his heart trembling, he said to her: "Cover me! Cover me! I fear for myself." Khadeejah, may Allah be pleased with her, said, “Rejoice. Never! By Allah! Will Allah fail you? You maintain kinship ties with your relatives, you help the poor and the destitute, you serve your guests generously and you assist those who have been afflicted with calamities.”

We should also not forget ‘Aa’ishah, may Allah be pleased with her, and her great contribution as the great Companions used to acquire the knowledge of Hadeeth (narration) from her, and many of the female Companions learnt the various rulings pertaining to women's issues from her.

In the recent past, during the era of Imaam Muhammad bin Su‘ood

when he offered his call to him. His wife's advice had a great impact on him agreeing to renew and disseminate the Da‘wah (Islamic propagation). Today we see the effect of that in the firm belief of the citizens of the Arabian Peninsula.

There is also no doubt that a house in which there is kindness, gentleness, love and care, along with the correct Islamic upbringing will greatly affect a man. He becomes – Allah willing – successful in his affairs and in any matter, whether it is seeking knowledge, trading, agriculture, or any other work.