A Day in the Life of a Muslim Woman - I 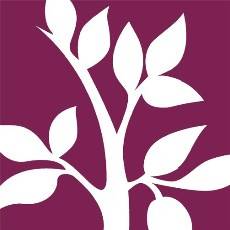 Normal and everyday activities become acts of worship if they are done for the sake of pleasing Allah. The regular and consistent deeds are the best among these deeds. `Aa`ishah, may Allah be pleased with her, said that Allah’s Messenger

said: "The deeds most loved by Allah are those done regularly, even if they are small.” [Al-Bukhari and Muslim] This means that we do not need to do anything spectacular in our day to obtain rewards from Allah, but we should establish some type of routine that incorporates not only the prayer but also reciting the Quran, Du’aa` (supplication), Thikr (mention of Allah), and other good deeds. This will increase the serenity, patience, and enthusiasm of the believer.

This article is the first in a series aimed at bringing the spiritual side in the everyday life of a married Muslim woman:

Wake at night to perform Tahajjud. The Prophet

said: "The best (most rewarding prayer after the obligatory prayer is Tahajjud, night prayer.” [Ahmad and Muslim] It is best to do this toward the last third of the night as the Prophet

said: “When a man wakes his wife up at night and they perform two Rak'ah together, they are written down among the men and women who remember Allah." [Abu Daawood] After this prayer, one can return to bed until the Fajr prayer.

Upon awakening in the morning, say this Du`aa`: "Al-Hamdu Lillaah, praise be to Allah who brought me to life after giving me death, and to Him is the resurrection." [Al-Bukhari] One should also greet the other members of the household who are awake. The Prophet

said: "O my son (to Anas), when you enter to where your family is, say Salaam. It is a blessing on you and on the people of your house." [At-Tirmithi]

When getting dressed, say this Du`aa`: "AI-Hamdu Lillaah, praise be to Allah, who clothed me with this, and who provided me with it, without any power or might of mine.” [Abu Daawood]

Make Wudu or Ghusl (except for menstruating or postnatal women):

Du`aa` when entering the bathroom: “In the name of Allah, O Allah, I seek refuge in You from the male and female devils." [Abu Daawood]

Be sure to use the left hand in the bathroom: “`Aa`ishah, may Allah be pleased with her, said that the right hand was used by Allah’s Messenger for his ablution and for taking food, and his left hand was used in the toilet and the like.” [Abu Daawood]

Say “Bismillaah” and make Wudu (ablution). It is also encouraged to use the Miswak or toothbrush, although it is not an obligatory aspect of Wudu. The Prophet

said: “If I had not found it difficult for my followers, I would have ordered them to clean their teeth with Miswak for every prayer.” [Al-Bukhari and Muslim]

is His servant and Messenger, O Allah, make me of those who continually repent and purify themselves.” [At-Tirmithi]

Du`aa` when leaving the bathroom, "(I ask for) Your forgiveness." [Abu Daawood]

Perform Fajr Prayer : 2 Rak'ah of Sunnah and the two obligatory Rak’ah (except for menstruating or post-natal women). It is important to remember that the prayer should be completed soon after the time has begun. The Prophet

was asked which deed was loved most by Allah, The Exalted. He

said: "The prayer which is performed at its time." [Al-Bukhari] Even if a woman is busy with another task, she should interrupt this and perform her Prayer .

A woman should try to develop Khushoo` (sincere submission) in prayer since this will be the first thing that she will be accountable for on Judgment Day. The Prophet

said: "When you stand up for your Prayer , make it as if it was your last Prayer ; do not say a word for which you will have to make an excuse the coming day; and build no hope on what is in the hands of men." [Ahmad]
It is often asked if women need to make the Athaan and Iqaamah if they are leading the Prayer or praying by them selves. This is not required for women, although they may do it if they wish. In terms of the manner of performing the prayer, a woman's prayer is no different from that of a man's.

Recite the Quran. Early morning is often a good time to recite the Quran, especially if the children are still sleeping and the house is quiet. This allows one to fully concentrate and obtain the most benefit. The Prophet

said: "(The recital of) the Quran at dawn is always witnessed - the angels of the night and the angels of the day witness it." [At-Tirmithi] If one's spouse is available, this would be the ideal time to strengthen the marriage by reciting the Quran together and praising Allah for His blessings. The issue of women touching the Quran during menstruation is often debated. Most scholars say that a woman should not touch the Quran during this time. However, even if she does not, she may still recite from memory or listen to tapes if she fears she may forget the Quran. This should be an incentive to memorize larger portions of the Quran, which can also be done during this early morning time.

Work on a project that will benefit the Muslim community in some way. Before the children awake and after reciting the Quran, it would be a good time to put energy into some project of interest to which one is committed. This may include such things as acquiring more Islamic knowledge by reciting or listening to tapes, writing articles, preparing for circles, developing some type of program (such as a Children's circle, Muslim scouting program, etc.), keeping in touch with other sisters through e-mail, social service projects, etc. There are many opportunities for sisters to benefit themselves (through Allah's rewards) and the community.

Prepare a healthy breakfast for the family. It is important to remember that the Prophet

used to eat a very healthy food such as dates, cucumbers, bread, meat, milk, etc…. Much of the unhealthy food that we have now was obviously not available at the time of the Prophet

. It is best to avoid processed foods and to use items that are the most natural. Allah Knows what is best for His Creation and He has provided us with all that we need. We should take care of our children's physical needs in the best manner possible. Cleanliness is also an important element of the Islamic faith and should be observed in all matters, especially in food preparation and eating.

Du`aa` when beginning the meal. "O Allah! Bless whatever You provided for us and save us from the punishment of the Hellfire. Bismillaah." The Prophet

told a boy who was attending a meal with him: "... Mention the name of Allah, and eat with your right hand and eat of the food that is nearer to you." [Al-Bukhari] Spend some time in conversation during the meal since this was encouraged by the Prophet

Duaa after finishing the meal "Praise be to Allah, who gave us to eat and to drink and made us Muslims." [Abu Daawood and At-Tirmithi] It is important to remember not to overeat due to the unhealthiness of this behavior for physical and spiritual reasons. The Messenger of Allah

said: "The son of Adam fills no vessel more displeasing to Allah than his stomach. A few morsels should be enough for him to preserve his strength. If he must fill it, then he should allow a thin his food, a third for his food, a third for his drink and leave a third empty for easy breathing." [At-Tirmithi] Overeating can lead to laziness and lethargy, and make acts of worship seem laborious, making it more likely that one will delay or avoid them.

Spend quality time with the children. Older children may need to be sent off to school, while younger children will continue to require the attention of their mother. Raising children is the most important and most honorable role for a woman. It is essential to include quality time with the children in a busy daily schedule. This should be given priority over household chores and other activities, although it should not interfere with obligatory acts of worship. Quality time may include such things as reading books about Islam, teaching Arabic, reciting the Quran together, playing games, going to the park, and much more. The emphasis should be on the children's spiritual, intellectual, emotional and physical development. Doing this early in the day also makes it more likely that children will be content to play with themselves later on, freeing time for other activities.

Perform Ad-Dhuhaa prayer: Abu Hurayrah said: "My friend (the Prophet) advised me to observe three things, not to abandon them till I die; to fast three days a month, to perform two Rak’ah of Dhuhaa (forenoon) Prayer , and to perform Witr before sleeping." [Bukhari and Muslim] This is one of the forgotten Sunnah of the Prophet

that needs to be revived. Two or more Rak’ah should be prayed some time after the sun rises until a few moments before noon. The preferred time is when it is extremely hot, which usually occurs around the hour before noon. A mother has a wonderful opportunity to renew this Sunnah by teaching her children from a very young age. Have a peaceful and blessed morning!