A Day in the Life of a Muslim Woman - II 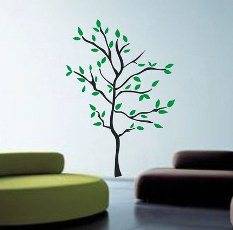 Regarding the Sunnah prayer, `Aa`ishah, may Allah be pleased with her, said: "When the Prophet

Obviously, for women it is preferable to perform both Sunnah and Fard Prayer within the home; Umm Humayd As-Sa'idiyyah said: “O, Prophet of Allah, I love praying behind you." Thereupon the Prophet of Allah

„X Saying this Du`aa` when leaving the house: If a woman goes to the mosque or must leave the house for her needs or the needs of the family, she should say this Du`aa`, "In the name of Allah, I trust in Allah, there is no might and power but in Allah.” Allah's Messenger

said: "When a man leaves his house, saying: ‘In the name of Allah, I trust in Allah there is no might and power but in Allah’, it is said to him at that time, ‘Your are guided, you are taken care of, you are protected.' Then Satan turns away from him, and another Satan says, `How can a man approach you, who is already guided, cared for and protected?"' [Abu Daawood]

„X Du`aa` when entering the house: The prophet

said: "He who leaves the ‘Asr prayer is like one who has lost (some of) his family and his property." [Al-Bukhari and Muslim] The significance of the afternoon prayer is often likened to that of Fajr prayer. The Prophet

said: “A person will not be sent to Hell who has offered his Fajr prayer and his ‘Asr prayer.” [Muslim]

Preparing a healthy dinner for the family.

It is advised that the family makes the prayer together in congregation at times when two or more are present. Young children may even be encouraged to participate in the activity. This is a good way of strengthening family ties and setting a positive example for the children.

Conducting a study circle within the home:

The evening is a nice time to gather the family members for the study of the Quran, Ahadeeth, Seerah (Biography of the Prophet) and other areas of Islamic knowledge.

This is something that can be made a regular part of the daily or weekly schedule.

Although parents will be primarily responsible for the topics and discussions, older children may be given assignments to prepare for the group. Encouraging them to actively participate will enhance their excitement and interest in learning. Creative and engaging methods may be used to maintain the attention of younger children, although they should not be forced to sit for long periods of time. Regarding the importance of teaching, the Prophet

The evening is also an ideal time for family discussions since most family members are likely to be present. The family may discuss happenings or special events of the day, issues that need to be considered together, or other matters of importance such as rules or schedules. Doing this on a regular basis will instill responsibility and respect in children and make them feel that they are a vital part of the family unit. As children mature and reach the age of responsibility, it becomes necessary to include them in discussions and decision-making, particularly in matters that pertain to them. This is actually a time for them to learn how a family should function and the most effective ways to plan and make decisions, since they will eventually begin a family of their own. Obviously, the parents should provide acceptable role models that the children will want to emulate.

„X Du`aa` after a meeting or gathering: "Glory be to You, O Allah, and praise be to You. I witness that none is worthy of worship but You. I seek Your forgiveness and I turn to you in repentance." [At-Tirmithi]

Keep children in after the darkness begins and be sure to secure the house. The Prophet

Reviewing the day for acts of charity:

There should be at least one act of charity in each person's day and this can come in many forms. Allah's Messenger

said: "Charity is due upon every limb of a human being on each day that the sun rises. To act justly between two (people) is charity. To help a man with his riding beast, or to load his provisions on it or lift them up for him is charity. A good word is charity. Every step going to prayer is a charity. Removing from the road what causes harm is charity." [Al-Bukhari and Muslim]

said: "No Prayer is more burdensome to the hypocrites than the Fajr prayer and the `Ishaa` prayer, but if they knew what blessings lie in them, they would certainly come for them, even if they had to crawl." [Al-Bukhari and Muslim] It is best to perform the `Ishaa` prayer before one-half of the night is over.

„X Du`aa` before sleeping: The Prophet

said: "When one of you goes to bed, he should dust it with the edge of his gown three times and then say: `0 Allah, in Your name I die and I live. In Your name, my Lord, I place my side (upon this bed), and through You I raise it. If you retain my soul, have mercy upon it; if You release it, then protect it as You protect Your righteous servants.” [Al-Bukhari and Muslim] It is also beneficial to read some chapters or verses from the Quran before sleeping. `Aa`ishah, may Allah be pleased with her, said: "Every night when the Prophet

would go to bed, he would cup his hands together and blow into them after reciting Surah Al-Ikhlaas, Surah Al-Falaq, and Surah An-Naas. He would then rub his hands over whatever he was able from his body, beginning with his head, face and the front of his body. He used to do that three times.” [Al-Bukhari and Muslim] The verse of Al-Kursiyy [2:225] is also a special verse. The Prophet

said: "When you go to your bed, recite the verse of Al-Kursiyy, ‘Allah! There is no god but Him, the Ever-living, the One Who Sustains and Protects all that exists’ to the end, for then there will remain over you a guardian from Allah, and Satan will not come near you until morning." [Al-Bukhari] It is also preferred to perform ablution before sleeping and to lie on the right side.