The Dilemma of Ill Thoughts 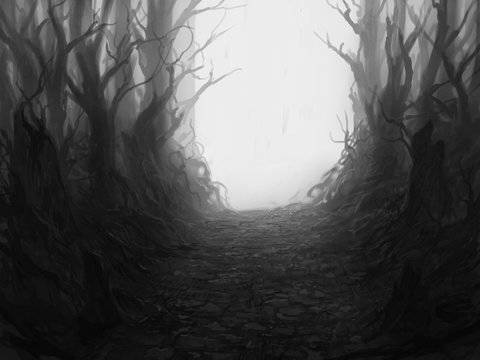 The disease of ill thoughts is one of the most fatal diseases that can destroy individuals and communities. Once it becomes deep-rooted in the soul of a person, it destroys all ties of intimacy and affection, and it incites hatred and resentment. Some people, whose hearts are morally diseased, only look at others through dark glasses. For them, all people are, by default, suspects, or even guilty.

There is no doubt that having ill thoughts about others contradicts the teachings of the Noble Quran, the Sunnah and the guidance of the righteous predecessors. Allah, The Almighty, Says (what means): {O you who have believed, avoid much [negative] assumption. Indeed, some assumption is sin. And do not spy or backbite each other. Would one of you like to eat the flesh of his brother when dead? You would detest it. And fear Allah; indeed, Allah is Accepting of repentance and Merciful.} [Quran 49:12]

said: “Beware of ill thoughts, for ill thoughts represent the worst of false speech. Do not look for other's faults. Do not spy on one another.”

also taught Muslims how to think well of others. A man came to him and said, “My wife has delivered a black baby (and I suspect that he is not my child).” The Prophet

asked him: “Have you got camels?” The man said, “Yes.” The Prophet

asked: “What is their color?” The man said, “They are reddish (brown).” The Prophet

asked: “Are any of them grey?” He said, “There are grey ones among them.” The Prophet

asked: “From where do you think this color came to them?” The man said, “It probably resulted from a hereditary trait.” The Prophet

said: “Similarly, this (your child) might be a hereditary trait.” [Muslim and Al-Bukhari, with the wording of Muslim]

avoided this evil quality. They

would seek excuses for Muslims to the extent that some of them would say, “I seek seventy excuses for my brother's misdeed, then I say that he might have an excuse that I do not know of.” Why do we not follow the example of the righteous predecessors

in this regard? Those who think ill of Muslims follow the example of the man who said to the Prophet

“This division is not based on justice and it was not intended to gain the pleasure of Allah,” when he was referring to some wealth that the Prophet

had divided and distributed.

Some scholars divided ill thoughts into two types, both of which are from the grave major sins:

Ill thoughts about Allah: This type is one of the most heinous crimes and sins because it attributes to Allah what is improper for His Generosity and Benevolence.

Ill thoughts about Muslims: This type is also a grave major sin because whoever judges his brother based on ill thoughts, the devil will make him belittle his brother, deny his rights, slander him and spy on him. Obviously, all of these things are forbidden destructive acts. Some scholars have said, “If you see a person who always thinks ill of people and seeks to expose their faults, you should know that he is an evil person. The believer always seeks excuses for others because he is good and righteous, whereas, the hypocrite searches the faults and defects of others given his evil nature.”

Hence, dear Muslim brothers and sisters, beware of ill thoughts. We advise you to supplicate Allah to protect you from them. If you cannot repel your ill thoughts, then the least you can do is to remain silent and avoid speaking about them. If you manage to get rid of these ill thoughts, then you would have escaped a grave danger. Otherwise, you might not be forgiven.