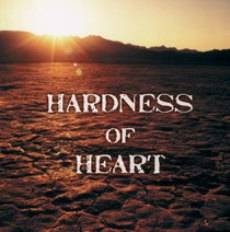 The hard heart is that which contains a mixture of harshness and toughness; a heart that is void of submission and the sense of turning to Allah The Exalted in repentance at all times. This is the severest punishment ever. This is why the disbelievers are punished with having a hard and harsh heart.

Maalik ibn Deenaar, may Allah Have mercy upon him, said in this regard, "Allah The Almighty Punishes the wrongdoers in their hearts and bodies as well. They are punished with a hard and miserable life and laziness and indolence in carrying out acts of worship.

However, there is no punishment that is severer than having a hard heart." [Hilyat Al-Awliyaa’]

Furthermore, Imaam Al-Mar‘ashi, may Allah Have mercy upon him, stressed the same meaning saying, "No one was afflicted by a severer calamity than having a hard heart." [Hilyat Al-Awliyaa’]

This verse refers to the story of the children of Israel and the miracle of reviving the murdered man and to all the examples, warnings and adversities that had befallen the Children of Israel. Those Divine Miracles would cause huge mountains to shake and solid rocks to dissolve! Actually, it was worthier of their hearts to be softened by such amazing miracles, yet they did not. Allah The Exalted Clarified that their hearts had become more of rocks and even worse in hardness due to the fact that they rejected Iman after knowing and understanding the requirements of attaining Iman and its conditions. Hence, these hearts were like rocks and even worse in hardness. Indeed, rocks are a good example that people use to indicate hardness. Yet, Allah The Exalted Excluded some rocks from that absolute hardness, but Did not Exclude the hearts of the children of Israel. Allah The Exalted Says (what means): {For indeed, there are stones from which rivers burst forth, and there are some of them that split open and water comes out, and there are some of them that fall down for fear of Allah.} [Quran 2:74]

Let us reflect on this description of the one who has a hard heart. Allah The Exalted Says (what means): {… and his sin has encompassed him…} [Quran 2:81]

Hence, sins subdue and overwhelm such a person totally and take hold of his heart entirely. Accordingly, he becomes inherently inclined to committing sins, liking and loving them, believing that this is the ultimate and optimal way to relish happiness and pleasure, disliking all who would come on his way in attaining that fake happiness and joy, and disbelieving anyone who would advise him to avoid such sins. Allah The Exalted Says (what means): {Then the end of those who did evil was the worst [consequence] because they denied the Signs of Allah and used to ridicule them.} [Quran 30:10]

Regrettably, this man's sins become like a thick tent that screen everything around him. He no longer senses or thinks of the fact that Allah The Exalted Sees him all the time. He loses sight of the enduring pleasures in Paradise, the promised and anticipated punishment in Hellfire, the evil schemes of the devil that are all set to mislead Mankind, and the pity of the kind angels. Such a sinner fails to notice all these facts while being wholly lost in his sins and wrongdoings. The Prophet