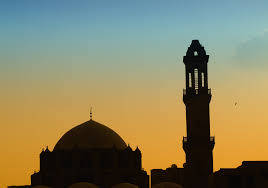 Shaykh Yoosuf said, “Mu‘aath, there are other proofs from the Quran and Sunnah (Prophetic tradition) which prove what I said. Allah The Almighty says (what means): { Indeed, I will make upon the earth a successive authority.} [Quran 2:30]

set the best example for this. How could they establish the greatest nation on earth in a very short period of time that amounts to nothing in the calculation of time? How did they build the world's finest civilization at their time which is considered the basis of the renaissance that occurred in the West?

In one of his famous books, called The Making of Humanity, Robert Briffault said,

The debt of our science to that of the Arabs does not consist in startling discoveries or revolutionary theories; science owes a great deal more to Arab culture; it owes its existence. The ancient world was, as we saw, pre-scientific. The astronomy and mathematics of the Greeks were a foreign importation never thoroughly acclimatized into Greek culture. The Greeks systematized, generalized and theorized, but the patient ways of investigation, the accumulation of positive knowledge, the minute methods of science, detailed and prolonged observation, experimental inquiry, were altogether alien to the Greek temperament. Only in Hellenistic Alexandria was any, approach to scientific work conducted in the ancient classical world. What we call science arose in Europe as a result of a new spirit of inquiry, of new methods of investigation, of the method of experimentation, observation, measurement, and of the development of mathematics into a form unknown to the Greeks. That spirit and those methods were introduced into the European world by the Arabs.

Therefore, it was not strange that the Prophet, sallAllahu ‘alayhi wa sallam, asked a Companion like Zayd bin Thaabit, may Allah be pleased with him, to master the Hebrew language in just two weeks. The Prophet

was aware of his abilities, whom Allah The Almighty had honored by making him a successive authority on earth. Thus, the noble Companion learnt and mastered this language in only two weeks. Listen to these two wonderful Hadeeths:

1- It was narrated on the authority of Anas, may Allah be pleased with him, that the Prophet

said: "Seven acts whose reward continues for the Muslim in his grave after his death: a person who taught knowledge, let a river run, dug a well, planted palm-trees, built a Masjid, bequeathed a Mus-haf, or left a child who would ask forgiveness for him after his death." [Al-Bazzaar (Al-Albaani: Hasan)]

2- It was narrated on the authority of Jaabir bin ‘Abdullaah, may Allah be pleased with him, that the Prophet

said: "Everything which does not belong to the remembrance of Allah is diversion and amusement except for four things: a man's playing with his wife, training his horse, shooting arrows, and learning to swim." [An-Nasaa’i (Al-Albaani: Hasan)]

said, "Abdur-Rahmaan bin ‘Awf, the one who said, 'Show me where the market of Madeenah is,' was fortunate in trade. He left one thousand camels, three thousand sheep, and one hundred horses, and he used to cultivate in Al-Jurf – a place located at a distance of three miles from Al-Madeenah in the direction of Ash-Shaam – using twenty horses to draw water for his land."

“Mu‘aath, are you now convinced that our religion encourages production and activity and never calls for false monasticism whose main motive is the inability to build up the earth?”

Mu‘aath nodded his head and firmly said, "Now I understand, Shaykh Yoosuf, and I realize that there must be proper understanding of religion so as not to mix proper and improper perceptions or misunderstand the reality of Islam, which always calls for the best for the individual and the society."