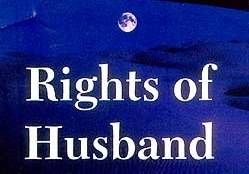 stressed that the woman's negligence in obeying her husband when he calls her to bed to maintain his chastity incurs the curse of Allah upon her; He

said: “For the woman whose husband calls her to bed [i.e. invites her to have sexual intercourse] and she refuses and he spends the night angry with her, the angels will keep cursing her until morning.” [Al-Bukhari and Muslim] This indicates that it is not permissible for the woman to disobey the orders of her husband, particularly when his orders conform with obedience to Allah The Almighty, such as ordering her to carry out the obligations of Allah or to fulfill his right regarding maintaining his chastity. Jurists made an exception when there is an excuse for the woman which prevents her from fulfilling his right when he calls her. For instance, if the woman is sick and cannot carry out his order or that her fulfilling his right will harm her, she may excuse herself. Scholars have stated that she should excuse herself in a nice way that makes the husband feel that the matter is out of her hands.

Going out:
Obeying the husband implies that the woman should not go out of the house without his permission. The Prophet

mentioned this, saying: “If your wives ask permission to go to the mosque [Masjid], give them permission.” Scholars argued that since the woman could not go to the mosque for prayer, which is the greatest ritual of Islam after The Two Testimonies of Faith, except with the permission of her husband, then she, with greater reason, should not go out for worldly matters except with his permission. Scholars stated that it is not permissible for the wife to go out of her house without the permission of her husband, and if she goes out without his permission and becomes used to that, this behavior is considered arrogance, disobedience and rebellion. This becomes more serious when the wife claims that she is free to do whatever she likes, implicitly declaring her defiance to the orders of Allah The Almighty to obey her husband and contradicting the Sharee‘ah of Allah to abide in her house. Thus, it is not permissible for the woman to leave her house without the permission of her husband.

This issue leads to another issue, which is, if the woman leaves the house of her husband and remains in her parents’ house without his permission, she would lose her right to financial maintenance. Scholars

unanimously agreed that if the woman refused and remained at her parents’ house without the permission of her husband and insisted on staying outside her house, she would have no right to financial maintenance.

The husband's rights over his wife includes that she should be honest and observant of his rights. Honesty is one of the greatest qualities of the believers. In an authentic Hadeeth, the Prophet

was reported to have said that on the Day of Resurrection when the Siraat (bridge) is stretched over Hell, honesty and kinship ties will stand on the two sides of Hell. Some scholars said that the betrayer of a trust or a severer of kinship ties will never be saved from the Siraat. A woman’s honesty requires some matters:

1. For instance, she should not let anybody in the house of her husband unless he previously gave her permission to let that person in. In the Khutbah (sermon) of the Farewell Pilgrimage, the Prophet

said that it is not permissible for the wife to let anybody in the house of her husband except with his permission. Scholars said that if the woman violated this right, she would not be secure from the evil consequences. That is when the woman lets a man enter her house while her husband did not give him permission, she would not be secure from his ill-thoughts of her. Accordingly, huge problems and unfavorable consequences may emerge.

2. Also, observing this honesty requires that she protects the money of her husband and does not waste it or spend it extravagantly. When the husband entrusts his money to his wife, she should deal with it wisely and rationally, properly estimate the matters and not waste it according to her whims and desires.

3. Also, she should observe the right of her husband in his bed by not betraying him. Betrayal contains an element of unfaithfulness. Thus, when the husband trusts his wife, he makes Allah The Almighty watchful over her, sufficient for him in knowing her hidden matters. Once she betrays him, she breaks the covenant that Allah The Almighty took from her, in addition to her disobedience to Allah The Almighty. The woman should guard her private parts, because Allah The Almighty entrusted her to preserve the sperm, honor and offspring of her husband. A woman, who neglects this matter and indulges in it or opens the door for temptation until she commits adultery, has ruined the offspring of the husband and brought him someone who is not his child to eat from his food, drink from his drink, see the women of his house and inherit his wealth falsely without right.

It was narrated that when the Prophet

saw a man who wanted to have intercourse with a pregnant woman taken as a captive in the battle of Awtaas, he

asked: “Does he want to nourish the baby in his hearing and vision?” This means that he wanted to have intercourse with this captured woman who was pregnant from another man, so that the hearing and vision of her baby would be, so to speak, nourished with his sperm. The Prophet

added: “I was about to incur a curse upon him that would accompany him in his grave.”

Scholars have said that this warning was given in the case of the creation of the fetus being completed or about to become complete, because the woman is already pregnant. Thus, what about the woman who illegitimately brings a child who does not even belong to her husband? This is indeed a very serious matter. Therefore, Allah The Almighty praises the righteous women who guard themselves and are devoutly obedient. Allah The Almighty Says (what means): {So righteous women are devoutly obedient, guarding in [the husband's] absence what Allah would have them guard.} [Quran 4:34] When the husband is absent, his wife has to guard his honor; and when she asks permission to go somewhere, she has to be truthful and trustworthy, being watchful of Allah The Almighty. She has to guard the honor of the husband because she is weak and is not secure from falling into what is unlawful when exposed to temptation, especially when people are corrupt and she cannot be sure of guarding herself among them. It is the right of the husband over his wife to guard his honor against prohibition.

4. Honesty also requires the woman to keep the secrets of the husband and his private matters hidden, particularly the things that happen between them alone. If the woman reveals the things that exclusively take place between them, Allah The Almighty would be angry with her. The anger of Allah falls on the man who reveals what happens between him and his wife, and on the woman who reveals what happens between her and her husband even if they do that for the purpose of joking, playing or entertainment. Allah The Almighty Says (what means): {You thought it was insignificant while it was, in the sight of Allah, tremendous.} [Quran 24:15] The woman should keep these secrets hidden, and always remember Paradise and Hell regarding all the private things that take place between her and her husband.

Also, she should keep hidden everything she knows about his actions, or of his words, manners and behavior. It becomes more serious when he asks her to keep some secrets hidden. She is not allowed to disclose his secrets; surely, Allah The Almighty reckons and watches her in what she says and discloses.

Among the mistakes that women do and that leads to neglecting the rights of their husbands and betraying the trust is that when a small dispute or a small quarrel erupts between her and her husband, she goes to complain to her family and discloses all the secrets, faults and private matters she knows about her husband. This is certainly a misdeed and some scholars consider it a major sin. This is because betraying the trust and disclosing secrets are only permissible in real necessity. This belongs to the right that Allah The Almighty obliged the woman to observe, and she is not permitted to disclose it except with the permission of the husband or there is a Sharee‘ah-based need permitting her to mention or reveal it.