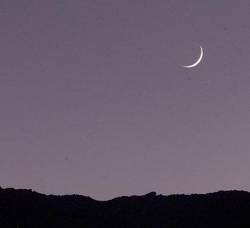 Ramadan is that time of the year when Muslims recharge their spiritual batteries. For a whole month, they fast from dawn to sunset, and offer additional prayers at night. After the end of Ramadan comes one of the two Muslim festivals, a day of Eid. On this day, Muslims thank God for His guidance and grace in helping them to control their baser desires and fulfill their spiritual needs.

Muslims agree on all the fundamentals of the fast. This makes the fasting a worldwide phenomenon observed by the devoted among the world’s Muslims as one international community. Ramadan is the nine-month of the Muslim year, which follows the lunar calendar. Each month begins with a sighting of the moon’s crescent and lasts for 29 or 30 days until a sighting of the next month’s crescent.

Ramadan is the month in which the Quran was revealed as guidance for all mankind. It is a criterion by which to distinguish truth from falsehood. The prophet Muhammad, on whom be peace, said that on each day of Ramadan God frees many souls from the Fire of Hell. Muslims should introduce the Quran’s teachings to others so that they too can have the opportunity to be free.

Fasting is a major feature of Islam. Many religions recognize the benefits of fasting, but only Islam institutes a whole month of it to secure its benefits for all its adherents. God prescribes in His Book that all able-bodied Muslims must fast. This will develop in them a consciousness that will help them towards right conduct and prevent them from wrongdoing.

To obtain this result, a Muslim must stick to both the formal and informal aspects of the fast. The formal aspects include abstaining from food, drink and sexual intercourse.

The informal aspects of the fast are just as important. The fasting person must abstain from lying, cheating, argumentation, fighting, foul language and every sort of evil.

In this month, one has to cultivate a lasting awareness of God, and a keen sense to observe His commandments throughout the year. The Prophet Muhammad

said that if someone does not give up falsehood in speech and actions, God has no need for such a one to give up his food and drink.