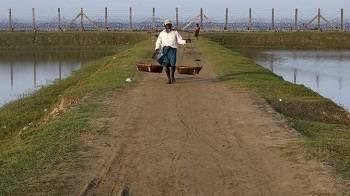 The UN General Assembly has approved a resolution urging Myanmar to provide "full citizenship'' to its Rohingya Muslim minority and to allow them to move freely throughout the country.

The resolution adopted by consensus on Monday, stressed the assembly's "serious concern'' about the government's treatment of the Rohingyas, sending a strong message from the 193-member world body that the international community is united in wanting change in Myanmar's treatment of its minorities.

It also called on the government to take measures to ensure that the Rohingyas can safely return to their communities, to conduct independent investigations into rights abuses, "and to promote peaceful coexistence".

The 1.3 million Rohingyas have been denied citizenship under national law and are effectively stateless and have almost no rights. Myanmar authorities want to officially categorize them as "Bengalis," implying they are illegal migrants from neighboring Bangladesh.

After Myanmar started a transition from dictatorship to democracy in 2011, newfound freedom of expression fanned the flames of hatred against the Rohingyas by the Buddhist majority.

Violence by Buddhist mobs has left up to 280 people dead - most of them members of the religious minority - and displaced another 140,000 from their homes since 2012. The Rohingyas now live under apartheid-like conditions in camps or in restricted villages in western state of Rakhine.

The General Assembly urged the government to allow the Muslim minority to call itself Rohingya.

It also asked Myanmar to ensure that the Rohingyas have equal access to services such as health and education, and to address the root causes of violence and discrimination against them.

While the assembly welcomed continuing positive developments in Myanmar toward political and economic reform, it urged the government "to step up its efforts to end remaining human rights violations and abuses.”

The resolution called for an office of the UN High Commissioner for Human Rights to open "without delay" in the country.

The resolution also addressed international concerns over next year's presidential election, saying Myanmar should ensure that it is "credible, inclusive and transparent," and allow "all candidates to fairly contest'' the vote.

A Rohingya boy and a man walk near the fence separating Myanmar and Bangladesh in Maungdaw town in northern Rakhine State November 11, 2014