Muslim Minority in the Republic of Zimbabwe 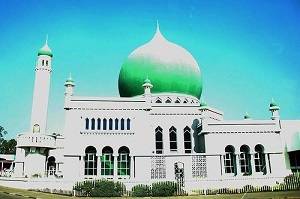 The capital city of the Republic of Zimbabwe is Harare and it is located in Southern Africa. Zimbabwe is bordered by Zambia to the north, Mozambique to the east, Botswana to the west, and South Africa to the south. According to statistics, the population of Zimbabwe was 13 million in 2006.

There are many ethnic groups in Zimbabwe: Shona: 82%, Ndebele: 14%, other African ethnic groups: 2%, mixed race and Asians: 1%, and white Zimbabweans constitute less than 1%.

There are a number of religions practiced by the people of Zimbabwe; they combine elements from Christianity and African indigenous religions 50%, Christians 24%, African traditional religions 24%, and Muslims 2%.

English is the official language, and the tribal languages Shona and Sindebele are also spoken.

Muslims and colonialism in Zimbabwe:

Zimbabwe or (Southern Rhodesia) was targeted by a ferocious colonial attack, as a result of which Muslims suffered from various types of persecution. Falling into the clutches of the British colonization isolated Zimbabwean Muslims, keeping them away from sources of knowledge and science. Zimbabwean Muslims were deprived of education; as the British colonizers closed one thousand schools, until the percentage of illiteracy among Muslims reached 97%. Moreover, Zimbabwean Muslims were subjected to hideous discrimination by the British colonizers. It extended to include the entire African community in Zimbabwe. This is in addition to racial discrimination and gross inequality between Zimbabweans of African ethnic origin and those of European ethnic origin in terms of rights and duties, especially after the 1965 mutiny. The British governor of Southern Rhodesia mutinied against British rule; he declared independence from Britain and formed a new government to rule the country, without allowing Africans to participate in it. This was in November 1965. This gave rise to global opposition and fury. The international community did not recognize Rhodesia as an independent state. The UN Security Council issued a range of decrees, imposing economic sanctions and boycotts against the white-minority government of Rhodesia. Muslims launched jihad in order to rebel against this illegal government until they eventually gained independence on April 18, 1980. During the colonial period, 'Cecil John Rhodes' (British governor) entertained himself by killing Muslims with hunting rifles!

There are a number of Islamic da‘wah (proselytization) organizations in Zimbabwe such as the Zimbabwe Council of Islamic Scholars (ZICS) – the largest Islamic organization in the country – the Supreme Council of Islamic Affairs in Zimbabwe, Fatwa Council, and the Muslim Association of Zimbabwe. There are also a number of other Islamic da‘wah associations working in the field of raising religious awareness, establishing kuttabs (local religious schools for teaching Quran), supervising the building of mosques and Quran schools, organizing acts of kindness and goodness, upbringing young Muslims, and instilling Islamic morals and behavior in their hearts.

Problems faced by Muslims in Zimbabwe:

There are thirty mosques and twenty musalla (places were prayers are performed) in Zimbabwe, scattered throughout most towns and villages of the country. Kuttabs were affiliated to the mosques to teach Muslim children; however, they are not enough. Another problem is that the teachers are unqualified and the curricula are weak. Islamic schools are in need of development and support; they need competent teachers, especially as they are funded by donations made by Muslims. An Islamic center for training imams or an institute to train callers to Allah, the Exalted, is needed.

There are a number of translations of the Quran into Zimbabwean tribal languages, but they are not enough; they need to be simplified and teachers are needed to explain them to people.

As for propagating the Arabic language in Zimbabwe, the efforts that are exerted are still in a “nascent stage". Those efforts are inadequate to a great extent, due to the lack of teachers who are needed to work in the field of localization.

There is no doubt that the Quranic schools that are spread across the country exert limited, yet commendable, efforts in propagating the Arabic language, along with their positive efforts in teaching the Quran. Also, a number of Muslim scholars in Zimbabwe are in dire need of learning Arabic.

Islamic institutions in Zimbabwe are striving to spread the Arabic language among Zimbabwean Muslims so that it would be their everyday language that is easily understood and used by them in their daily interactions. Da‘wah societies have exerted great efforts in this regard; thanks to their efforts, a government decree was issued, stating that every 50 Muslim families have the right to establish an Islamic school (that teaches curricula in Arabic) in the region where these families live. Accordingly, a number of mosques and schools were established.

Missionary activities and the exploitation of Muslims' financial and health needs:

There is noticeable missionary activity in Zimbabwe among Muslims and pagans, whose number exceeds 7 million people. This number is strongly targeted by dozens of different missionary organizations in Zimbabwe, on top of which come: the London Missionary Society (LMC), the Association of Messages of Christianity, Zimbabwe Liberators' Platform (ZLP), the Zimbabwe Christian Alliance (ZCA), as well as the extensive presence of the Christian Reformed Church in North America (CRCNA or CRC). These missionaries take advantage of Muslims' financial and health needs; they carry out missionary work under the disguise of offering them those services.

In conjunction with those missionary activities, there are Islamic institutions that are exerting tremendous da‘wah efforts among pagan tribes to introduce Islam and promote the Arabic language among Muslims.

Some studies show that the origins of the Muslim residents of the village of Moher are of Arab origin and that their Arab ancestors migrated centuries ago. They still retain the Islamic and Arab customs and traditions.