Remember the Rich Rewards for Virtuous Deeds - I 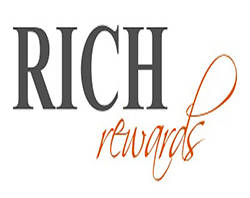 Allah The Almighty repeatedly reminds us to perform various virtuous deeds. He Says (what means): {“Race with one another in hastening towards forgiveness from your Lord.”} [Quran, 57: 21]. Shaykh ibn As-Sa’di

said, commenting on this, "One who hastens towards virtuous deeds during his life will therefore also hasten to enter Paradise in the Hereafter."

However, forgetfulness is a trait that is inherent in human beings, which leads to neglecting virtuous deeds and weakens their effect. Allah The Almighty Says (what means): {“And indeed We made a covenant with Adam before, but he forgot, and We found on his part no firm willpower”} [Quran, 20: 115]

Remembering the reward for performing these deeds is one of the most successful ways of treating laziness and encourages people to perform them. For example, a person is encouraged not to belittle even the smallest good deed, when one reads the saying of the Prophet

: “I saw a man enjoying Paradise as a result of a tree he cut, which was in people’s way and harming them.” [Muslim].

Attending the assemblies of knowledge with virtuous Muslims also encourages one to perform virtuous deeds, or continue performing them. It reminds the Muslim of his Lord, fosters a sense of competition and keeps the heart occupied with virtuous thoughts. A believer is stronger when he is with a group of virtuous people, and he becomes more enthused to utilize his time and take advantage of his life, in obedience to Allah The Almighty.

2. Remembering that competing in performing virtuous deeds is one of the qualities of the true believers, as Allah The Almighty Says (what means): {“So, We answered his call, and We bestowed upon him Yahyaa, and cured his wife (to bear a child) for him. Verily, they used to hasten on to do good deeds, and they used to call on Us with hope and fear.”} [Quran, 21: 90]. This is also one of the characteristics of angels, as Allah The Almighty Says (what means): {“And by those that press forward as in a race (angels).”} [Quran, 79: 4] Mujaahid

commented on this by saying, "This refers to the angels when they defeated the son of Adam in the performance of virtuous deeds."

3. Learning about how much our pious predecessors would cry whenever they missed out on a chance to perform virtuous deeds. The Prophet

said: “The people of Paradise do not regret anything more than regretting an hour they spent (in this life) without mentioning Allah.” [Tabaraani

used to cry if for any reason he had missed a congregational prayer. Ibn Mas’ood

said, "I never regretted anything more than regretting a day which passed in which I did not increase (upon) my virtuous deeds.

said: “Rush towards the performance of virtuous deeds before you are afflicted with trials as dark as the night.”  [Muslim].

5. Reading books that soften the heart, mention virtuous deeds and encourage people to perform them.

6. Knowing that encouraging others entitles you to the same reward as theirs, as the Prophet

said: “He who revives a deed from Islam (which people forgot or abandoned) gets the same reward as the one who (subsequently) performs it.” [Muslim]

7. Loving those who perform virtuous deeds, because the Prophet

said: “A person will be (on the Day of Resurrection) with those whom he loves (in life).” [Al-Bukhari and Muslim]

: "Whenever we competed to perform virtuous deeds, Abu Bakr would win."