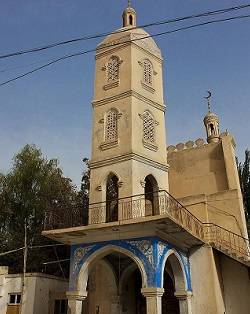 In recent months, China’s new practices have brought them back under the spotlight of Human rights organizations as well as those who are protecting the Human Rights accord. Reports emerging from the Uyghur Autonomous Region has stated that there have been tens of thousands of arrests in recent times with many executions without a trial.

Uighur students who are studying abroad and as well local sources in the region have been forced to return under a new regulation. This has been taking place especially of those student in Turkey, Egypt and Japan, and have been treated as if they are convicted criminals. According to reports, China has begun to apply this practice to the Uyghurs, who are either immigrants or refugees abroad, as well as businessmen.

For example, around 5000 Uyghur students in Egypt and thousands of Uyghur students in Turkey are seen as potential criminals and have been called back and arrested without trial. If the students insist on not returning, after one month have received one month of “political education, the parents are taken into custody. According to the latest information, over 300 Uighur students have been under intense pressure with their parents being threatened, forcing the return of the students to East Turkestan in the last few months.

According to the information given by some of these students, the Chinese authorities asked them to return by 1 May 2017, and if they fail to do so, their families will be imprisoned. It is expected that the Chinese authorities will announce a statement regarding these allegations. If the allegations of blackmail and pressure to push students to return are proven, this would be a difficult explanation for China, one that would considered a violation of the general rule of law and universal legal principles. Lawmakers have said that an evaluation outlined below will be made possible if such claims are true.

Firstly, irrespective of the education and lifestyle, it is a fundamental violation of international rights to see all Uighurs treated as potential criminals.

Secondly, it is a huge violation of law to place all students, who do not have a proven criminal record and who are only abroad to study, in the same category. Innocent until proven guilty is a universal basic law.

Thirdly, according to the international "crime and criminal justice principle" if there is a proven crime, only the criminal offender can be punished for this crime. It is not lawful for a criminal’s family members, who are not guilty and have nothing related to the crime itself, to be punished.

Fourthly, as it is alleged, if the recalling of Uighur students from abroad is a real, proven practice, then this makes it a clear discrimination against a people.

Lastly, it is an unacceptable human rights abuse for those to be condemned to political concentration camps and the parents of students sent to prison without any trial. The Chinese government must implement the right to a fair trial in all universal legal texts.

It is a humanitarian duty of human rights organization to examine this issue in an objective and unbiased manner and if this practice is indeed proven true, to bring it forward to on the world. In addition, it is also vital to the prevention of new rights human rights violations in the region.