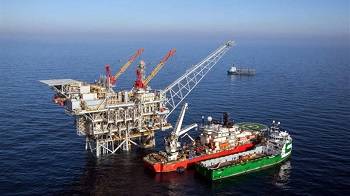 An Israel-Europe gas pipeline deal aimed at turning Israel into a major energy exporter in the Mediterranean has come under criticism from Palestinians, particularly as the besieged Gaza Strip continues to suffer from a crippling power crisis.

"The pipeline agreement between Israel, Italy, Cyprus and Greece will not only benefit corporations which directly profit from the occupation of the Palestinian territory," Shawan Jabarin, general director of Al-Haq, told Al Jazeera.

"It also provides an incentive for Israel to continue the closure of Palestine's coast and a tacit approval by Europe of Israel's 'naval blockade' and continued international armed conflict in the waters off the Gaza Strip. It is the occupied Palestinian people who will continue to be further brutalized by the expansion of Israel's gas industry."

Ministers from Israel, Greece, Italy and Cyprus, as well as the European Union's commissioner for climate action and energy, signed a joint declaration this month to make their commitment to building a gas pipeline that would bring recently discovered natural gas from Israel and Cyprus to Italy and the European market via Greece official.

The pipeline, which Israeli Minister of Energy Yuval Steinitz described as "the longest and deepest subsea gas pipeline in the world", is expected to be in operation by 2025.

Steinitz hailed the project as the "beginning of a wonderful friendship between four Mediterranean countries", while Miguel Arias Canete, the EU commissioner for climate action and energy, noted: "We strongly support the development of the region, both from a general point of view and in particular as future gas suppliers."

While Canete could not make "formal commitments", he expected the project to meet all the necessary requirements to receive funding via the EU's Connecting Europe Facility, a programme that supports the development of trans-European infrastructure, and which already funded the project's commercial and technical viability study.

Designated as a "project of common interest" by the EU, the pipeline has been marketed as an alternative to the bloc's current reliance on Russian energy and on the depleting North Sea reserves. But analysts are skeptical that the high infrastructure costs, coupled with low gas prices, will be able to compete with Russian gas and that the project will attract investors.

Brenda Shaffer, a senior fellow at the Atlantic Council Global Energy Centre, suggested that the agreement represents the four countries' common political goals, which will not necessarily translate into investment decisions by commercial companies.

"Their considerations and goals may be very different than the political level," Shaffer told Al Jazeera.

"At this stage, the proposed project is a political aspiration and far from a commercial reality, and it is not certain that current gas demand trends in southern Europe commercially justify an additional new gas supply project."

Elio Ruggeri, chief executive of IGI Poseidon, the company overseeing the development of the project, whose partners include Italy's Edison and Greece's state-backed DEPA, told Al Jazeera that the pipeline will be approximately 3,500km long and cost 5.2bn euros ($5.6bn) up to Greece, and 6.2bn euros to Italy. Final investment decisions, said Ruggeri, would be made in 2020.

The pipeline would be pumping gas from Israel's giant Leviathan field, whose discovery in 2010 turned Israel from an energy importer into a potentially major player in the region. Leviathan is estimated to hold around 20 trillion cubic feet of gas. Texas-based Noble Energy owns 39.7 percent of the field, while Delek Drilling and Avner Oil Exploration, both subsidiaries of Israel's Delek Group, each hold 22.7 percent. The Israeli company Ratio Oil owns 15 percent. In an ongoing dispute over maritime borders, Lebanon argues that Leviathan sits partly in Lebanese waters.

The first country to sign up to buy Leviathan's gas was Jordan. The country closed a $10bn gas deal with Israel last year, which will see Israel supply 8.5 million cubic meters of gas to its neighbor over 15 years. It sparked a wave of popular protests in Jordan against what people saw as a deal that would increase Jordanian dependency on Israel, as well as finance Israel's occupation of the Palestinian territories.

"It is impossible to geographically isolate gas fields off mainland Israel and characterize them as separate from the conflict with Palestine," Susan Power, a lecturer in law and author of a 2015 report published by Palestinian human rights group Al Haq and titled Annexing Energy, told Al Jazeera.

"In 2011, Noble Energy, the lead operator of the Leviathan field, unilaterally extracted gas from a joint Palestinian/Israeli gas field without Palestinian permission as required under customary international law and the Oslo Accords," she said, adding that Noble Energy also operates a gas storage facility, the Mari-B, located 13 nautical miles off the Gaza Strip and linked by pipeline to another field it operates off the coast of Haifa, the smaller Tamar.

Meanwhile, Gaza continues to suffer from a crippling electricity and energy crisis that reached a peak earlier this year, when thousands took to the streets to protest power cuts of 12 to 18 hours, up from the usual eight hours on, eight hours off. The Al Haq report concluded that if Palestinians were allowed to develop their own resources, such as a gas field near the Gaza Marine, not only their energy needs would be covered but they would be economically self-sufficient and free from the shackles of international aid.

Gaza's only functioning power plant shut down last week, leaving Gaza with only six hours of electricity a day and its basic services, including hospitals, at risk. The plant ran out of fuel, which had been purchased with Qatari and Turkish aid to quell the crisis earlier this year, amid an ongoing dispute over fuel tax between the electricity authority in Gaza and the Palestinian Authority.

The Leviathan deal with Noble Energy and Delek was also the subject of an anti-trust investigation and a Supreme Court challenge in Israel as opponents argued that the two companies would have too much control over the country's gas reserves, and that the deal was not in the interest of consumers but of big business.

At the time, Israeli Prime Minister Benjamin Netanyahu had defended the deal as borne out of geopolitical considerations and as an as investment in the country's security. Since the discovery of the Leviathan, Israel has been in talks to negotiate export deals with Turkey and Egypt. The latter became awash with gas, too, as a new supergiant gas field, Zohr, was discovered in 2015.

"The ability to export gas makes us more immune to international pressure. We don't want to be vulnerable to boycotts," Netanyahu said.