Palestinians speak out about torture in PA prison 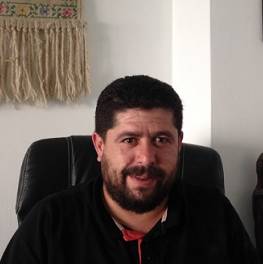 Palestinian journalist Sami al-Sai had been ordered released from the custody of the Palestinian intelligence services in Tulkarem in February, but just as he was about to leave, he was rearrested and transferred to Jericho prison.

There, he underwent 15 days of interrogation and torture, he told Al Jazeera.

"They strung me up from the roof of the cell with a rope tied around my arms, which were behind me. There was so much pain," he said, noting that he was beaten on his feet with a hose during another interrogation session. "I couldn't believe the pain … Afterwards, I couldn't walk properly; I couldn't reach out my arms."

Sai was released after paying a fine to suspend a three-month sentence for links to the Gaza-based Palestinian movement Hamas.

His story fits with a pattern of abuse, which ex-detainees, their families, lawyers and human rights organizations say is increasingly common in the occupied West Bank, and especially Jericho. The prison, they say, is playing a key role in a Palestinian security apparatus that has ratcheted up its attempts to stifle dissent and imprison political opponents.

"People face torture in many places when they are in [the] custody of the Palestinian Authority," said Anas Barghouti, a Ramallah-based human rights lawyer. "Many people also face torture in Jericho, but what makes it different is that it is especially a place for political prisoners."

Barghouthi told Al Jazeera that a new "security committee", a joint body of Palestinian intelligence agencies set up in 2016 in Jericho, has increased the power of the security services because they are working together and reporting directly to the president. "It was set up to deal with people accused of supporting [Mohammed] Dahlan," he said, referring to an exiled opponent of President Mahmoud Abbas, "but it's now being used as a tool in political arrests of different kinds."

A spokesperson for the PA's military prosecution confirmed to Al Jazeera that the committee had been set up in 2016 and reported to the president.

A man from Hebron, who spoke to Al Jazeera on condition of anonymity, said that he had been held in Jericho prison under the security committee for two months this summer, accused of having links to Hamas and possession of weapons - charges he denies.

He said it appeared that the security committee wielded great power over the judges at his fortnightly detention hearings: "The hearings were a joke. It was all for nothing; they just re-detained me immediately." He was denied access to a lawyer and tortured by being placed in a stress position for up to five hours at a time, he added, noting that he was released after paying a bail of 10,000 shekels ($2,800).

Human rights groups have condemned the increasing number of arbitrary detentions carried out by Palestinian security forces. Ashraf Abu Hayyeh, a legal adviser for Al-Haq, told Al Jazeera that the recent detention of Shadi al-Nammoura, a Hamas member from Dura, was unprecedented.

Shadi is being held in Jericho prison despite a court having ordered his release four times. Initially, Palestinian intelligence services had been adding new charges after each release order, but since August 3 - aside from a brief period when he was held under the order of the governor of Nablus - he has been held without the addition of any new charges.

"Perhaps in the past, orders for release have been ignored for a day or three. That's illegal, still, but this is something new - something that we haven't seen before," Hayyeh told Al Jazeera. Letters to the authorities regarding the case had gone unanswered, he added.

Shadi's father, Faiz, said his son had served more than seven years in Israeli prison before being released last November. The PA then arrested him from his workplace in the village on May 25.

"I want to see him again, immediately," Faiz said.

Meanwhile, Noha Halaweh's sitting room in the old city of Nablus is lined with pictures of her husband, Ahmed, who was beaten to death in Jneid prison by Palestinian security forces on August 23 last year. Five of her sons were in Jericho prison on charges related to the violence in Nablus that led to her husband's killing. She says they are innocent and were simply detained because of who their father was.

"It's a punishment for me to be alone in the house," Halaweh told Al Jazeera, noting that one of her sons was tortured in Jericho - hung from the ceiling of his cell by his arms. "He used to be like a flower. When I visited him, I didn't recognise him."

Adnan Damiri, a spokesperson for the Palestinian security forces, denied that any torture took place in Jericho, telling Al Jazeera: "We do not torture people. Jericho prison complies with all legal specifications and is one of the best in the world in that regard. We are open to human rights organisations visiting us."

Palestinians in the occupied West Bank, however, say they are living through an unprecedented period of repression.

"We've been sliding back in terms of human rights under the PA for years," Barghouti said. "Things now are bad, and it could get worse. People are scared of the security committee more than any of the individual services because they're now all working together as one."