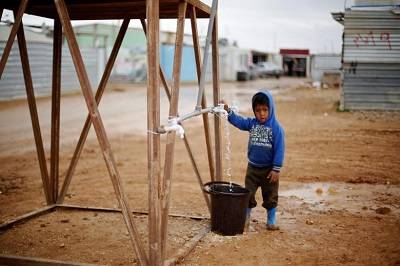 More than 465,000 civilians have been killed in Syria’s six-year war, a refugee rights group said Saturday.

Abdullah Resul Demir, deputy chairman of the International Refugee Rights Organization, said the fatalities had been caused during fighting or in prison.

“The century’s most serious human rights violations have been going on in Syria,” he told Anadolu Agency. “However, all the world’s countries have turned a blind eye to this situation.”

Demir said the figure was based on evidence from independent observers between March 2011 and November 2017.

Of the dead, “26,466 of them were children,” he said. “Thirteen million people fled their homes and became refugees [and] 3.5 million children were deprived of one of their basic rights, education.”

The organization has logged 162 chemical attacks carried out over the last three years, he added.

In April last year, the UN special envoy for Syria Staffan de Mistura estimated 400,000 people had been killed during the war.

December 10 is the 69th anniversary of the adoption of the Universal Declaration of Human Rights.

A Syrian refugee child collects water during rainy weather at the Al Zaatari refugee camp in the Jordanian city of Mafraq, near the border with Syria December 18, 2016. Reuters