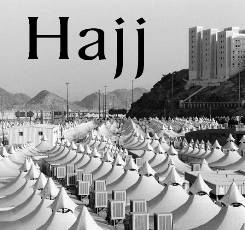 Therefore, this is a real alteration in formatting and molding the human in every aspect relevant to thought, mind, heart, soul, words and deeds. Then, this change will be reflected upon the entire Ummah, as Allah The Almighty Says about us and as the Prophet, sallallahu ‘alayhi wa sallam, taught us that we are the Ummah of Tawheed whose hearts are attached only to Allah, who spend their wealth only in the cause of Allah, who earn their money through lawful means and who lead their lives and have customs in conformity with the religion of Allah. Are we like this? We are in dire need nowadays to think deeply about the answer to this question. Yes, we do not worship idols as we have been spared that form of polytheism. However, we need to think about other forms that may occupy our hearts and minds and compete with such absolute sincerity and devotion to Allah The Almighty and disassociation from whatever contradicts the religion of Allah.

Without doubt, the Prophet, sallallahu ‘alayhi wa sallam, taught us in many situations that an act of Jahiliyyah is whatever contradicts the creed, worship, laws, customs and social etiquettes of Islam. When Abu Tharr

- “O son of a black woman”; the Prophet, sallallahu ‘alayhi wa sallam, said to Abu Tharr: “You are a person who (still) has a bad trait of Jahiliyyah.” In his commentary on this Hadeeth, Ibn Hajar

said, “It indicates that sins pertain to Jahiliyyah.”

Establishing Tawheed attaches the hearts to Allah. Such an establishment is represented in following and adhering to the Sunnah of the Prophet, sallallahu ‘alayhi wa sallam. Tawheed is a nullification of any form of polytheism and a acknowledgement that all people should partake in the worship of Allah. It also indicates that there is no difference or discrimination among people. At the mosques, the houses of Allah, all differences and privileges are eradicated where all people modestly worship Allah. On the Day of ‘Arafah, you can see the ruler and the ruled, the rich and the poor, and the strong and the weak discard their usual clothes, leave the worldly life behind their backs, their eyes tearful and their hearts humble, raising their hands supplicating to Allah. All of them there are servants who seek the mercy and forgiveness of Allah. Tawheed is the greatest declaration of equality and the strongest pickaxe to demolish all types of racism, prejudices and disputes that cut off ties, disperse the rows and divide the Ummah into disagreeing parties.

When we have the chance to perform these acts of worship and rituals, they reform us and take us back to the fundamentals of the true and pure Islam which are embedded in the Quran and Sunnah. The Prophet, sallallahu ‘alayhi wa sallam, confirmed this by pronouncing the slogan of Tawheed in every scene. He greatly emphasized this when he said that these rituals are meant for remembering Allah The Almighty. He stated this meaning in every place. He proclaimed that all practices of Jahiliyyah were under his feet; meaning, abolished. He never said that in any previous situation. He declared this in the Farewell Hajj after he purified hearts from Jahiliyyah and washed off their foul customs. This was so deeply- rooted to the extent that it was the Abyssinian Bilal

who ascended the Ka‘bah on the day of the conquest of Makkah to raise the Athan (call to prayer). This situation stunned the masters of Quraysh as they could not imagine how a lowly Abyssinian slave could ascend the roof of the Ka‘bah simply because he was a Muslim following the Prophet, sallallahu ‘alayhi wa sallam. In this way, Islam abolished the pre-Islamic foul practices by the clear signs during the season of Hajj that preceded the Farewell Hajj when Allah The Almighty Revealed (what means): {O you who have believed, indeed the polytheists are unclean, so let them not approach Al-Masjid Al-Haram after this, their [final] year.} [Quran 9:28]

The Prophet, sallallahu ‘alayhi wa sallam, decided to form the Ummah in a way making it connected to Allah and following its Messenger and not attached to anything that would contradict this in terms of economics, politics, and society. It accepts and follows the Quran, the authentic Sunnah and the great mental treasures of our scholars who exerted their utmost in extracting rules from the Quran and Sunnah. This is a radical comprehensive formation for the Ummah on the individual as well as the group level. Allah The Almighty Says (what means): {Indeed this, your religion, is one religion, and I am your Lord, so worship Me.} [Quran 21:92] This is a vital arrangement and molding.

Nowadays, we must scrutinize our customs and traditions, and the means that we have invented to discriminate between people and races. We have forgotten that the Abyssinian Bilal, the Roman Suhayb, the Persian Salman, the ‘Adawian ‘Umar and the Taymian Abu Bakr

all gathered under the flag of the Prophet, sallallahu ‘alayhi wa sallam, during the Farewell Hajj. They put on their Ihram, repeated the Talbiyah, and declared the testimony of faith and the glorification of Allah together. They sent a message to humanity that the religion of Allah and the greatness of Islam and the bond of Tawheed are the best means to remove differences and reconcile disagreements.

We should rejoice due to this favor. We should do our best to achieve it in our hearts, words, and deeds whether during Hajj or during any other times and in all our behaviors and all the traditions of our societies.