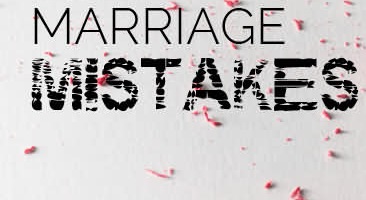 In any marriage it is natural to have some intellectual or behavioral differences. However, the relationship may reach the brink of danger if bad behavior leads to fundamental differences between the spouses. According to specialists, some women adopt patience and forbearance, and they possess mental and emotional skills that enable them to handle life problems in an ideal manner, especially with regard to their husbands. Women of this kind know very well that marital secrets are sacred; therefore, they approach them with a huge sense of responsibility. Other women, in contrast, have no patience, so they tend to make troubles all the time and constantly complain about incompatibilities with their husbands. This escalates marital problems and may end up in separation.

·        Complaining a lot and grumbling about the husband’s livelihood contradict the marital affection and mercy enjoined by Islam. So, the wife should be content with her husband’s income and thank him for whatever he brings of food, drink, clothes, or any other thing according to his means. She should avoid discontent as it leads straight to hellfire! The Messenger of Allah

highlighted the consequence of such inappropriate conduct of the wife when he mentioned that the majority of the denizens of hellfire will be women. When asked for the reason, he said: “Because they are ungrateful to their husbands,” i.e. they deny the good their husbands do and oft-complain about them.

So, dear sister, beware of such conduct, for its consequence is unpleasant in this life and in the Hereafter as well. If your husband falls short in fulfilling some of your rights or if you need something from him, introduce your request with praise and mention of his beautiful traits, then present your request. Beware of denying your husband’s favors and his wonderful situations with you, for this is considered ungratefulness which is the major spoiler of affection between spouses.

·        The secrets of the household are a trust that you must preserve. Failing to do so erodes your husband’s trust in you. Let not the secrets of your home be the subject of your gossip or loose talk with your friends! Never believe that your friend or neighbor would keep a secret that you yourself could not bear guarding. In ancient times, Umaamah bint Al-Haarith gave some famous advice to her daughter who was about to get married, saying, “If you reveal his secret, you will not be safe from his revenge.” Allah, The Almighty, Says (what means): {So righteous women are devoutly obedient, guarding in [the husband's] absence what Allah would have them guard.} [Quran 4:34] The wording of this verse is affirmative and descriptive; yet it is meant as a command to the wife to obey her husband and to be loyal to him in his wealth and herself while he is absent. The phrase {righteous women} means that those women who fulfill the rights of Allah, The Exalted, by obeying him and His Messenger

and the rights of their husbands in terms of obedience, appreciation and respect are {devoutly obedient} to Allah with regard to their husbands. Such women are {guarding in [the husband's] absence} whatever must be guarded of chastity, wealth and homes. {What Allah would have them guard} may mean that had it not been for the Protection of Allah, The Almighty, these women would have failed to do so. In other words, guarding is not facilitated for them except by the Grace of Allah. It may also mean that Allah guards the rights of women by commanding husbands to fulfil their obligations towards their wives including being fair and kind to them and giving them their due Mahr (bridal money)  In this sense, it means that in return for guarding your rights by Allah, you (women) should guard the rights of your husbands as prescribed by Allah. The Prophet

said, “The best (of) women is the one who pleases you if you look at her, obeys you if you command her, and preserves your absence in herself and your wealth.” [Saheeh Al-Jaami‘: 3299]

·        You should always convey to him your feelings of security and confidence and that you wish for a long life together with your children. Keep away from grudges; never belittle what he does or buys or look down on him, his job or his degree. Having any of these attitudes would definitely blow up all the pillars of love and admiration between you.

·        Beware of making him feel that he is emotionally negligent or cold or that you are annoyed by his lack of emotions. If you do so, his apathy and coldness would increase. Rather, this may make him stubborn and more neglectful of you. Instead, you should exaggerate in praising him and commending him for things he did for you without paying attention to them.

·        Beware of comparing him, implicitly or explicitly, to movie or TV stars. You should instead make him feel that you are happy to be with a religious husband who protects you and takes care of you, worries about you and fulfills your wishes, and whom you work together with to raise your children and walk the road to Paradise. He should feel that you are mature enough to not be affected by the deception and fake images you watch in the media.

·        Some women do not obey their husbands except after the husband breathes a sigh of relief because of his wife’s arguments with him. Life cannot go on smoothly with such manners since arguing breeds disaccord in the heart; too much of which leads to aversion. The Prophet

said: “Do not differ among yourselves, otherwise your hearts will differ.” [Saheeh Al-Jaami‘: 7256]

Disputing a lot brings disaccord to the hearts and love ceases to find a way to them. In addition, obedience will be meaningless if the wife obeys her husband only after lengthy discussions and arguments. When the Prophet

was asked about the best of women, he said: “It is she who pleases him (her husband) when he looks at her, and obeys him when he commands her...” Therefore, talk to him in a calm and logical way avoiding any unnecessary repetition of speech. And never supplicate Allah against him or threaten him, for both actions result in nothing but fueling grudges and problems. Rather, replace arguing and malevolent supplication with trying to reach mutual understanding and giving advice.

Beware of blaming your husband a lot or raising your voice at him during discussions in public or in front of your children. Postpone your blame until the two of you are alone. If you wait until he calms down and then you talk to him in a low voice using touching words and gentle reproof he will then be affected and respond. Know that most men are proud and passionate so the only approach that is suitable with them is that gentle and soft approach. Many women lose their husbands because they are unaware of this fact.

·        Accept an incorrect situation and treat it cleverly. If your husband comes home late at night, for instance, do not yell at him or make a scene because when he comes home late, he already feels guilty. So, try to make him feel that you were scared of being alone at home or that you missed him while he was gone.

·        Do not expose his lies! Sometimes, your husband intentionally tells a lie in order to make up with you and not hurt your feelings.

·        Beware of making your husband uneasy if he wants to have intimate relations with you, or of making feeble excuses to avoid him! There is a serious threat for the wife who rejects her husband’s request if he asked her to come to bed. The Messenger of Allah

said: “If a husband calls his wife to his bed and she refuses causing him to sleep in anger, the angels will curse her till morning.” [Al-Bukhari]

·        Beware of excessive jealousy! It is the key to divorce. Avoid asking too many suspicious questions! Do not be one of those who search their husband’s pockets, eavesdrop on telephone calls or look for slips, especially if you have a cowife or cowives! All of these manners are dispraised and have evil consequences, especially if the wife has irrational jealousy of her mother-in-law, sisters-in-law or of any matter that she has no right to be jealous of.

·        The righteous wife does not ask her husband for divorce without a valid reason that compels her to do so, even if she is provoked. The Messenger of Allah

said: “Any woman who asks her husband for divorce without a harm [inflicted on her], the scent of Paradise will be forbidden for her.” [Abu Daawood, An-Nasaa’i, At-Tirmithi and Ibn Maajah] So, please delete the word “divorce” from your dictionary. Divorce will not bring you comfort especially if you have children. The husband is often rational and does not respond to such an irresponsible demand from his wife; however, the outcome of asking for divorce is that the children will live in constant anxiety and fear that their parents might divorce one day.