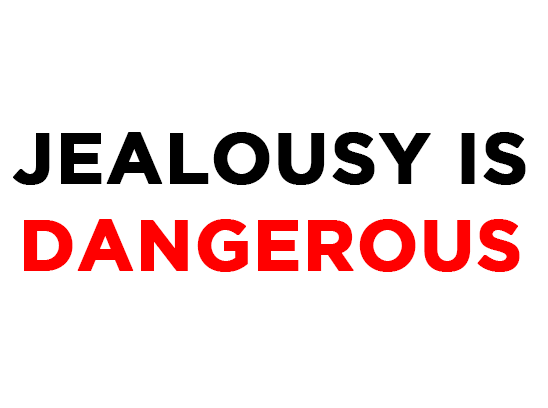 Childhood is the very first brick in building our personalities and the strong foundation that supports the healthy development of the rest of the stages of our lives, to produce balanced ideal personalities that are able to face the future problems and lead well-balanced and stable lives. Our children today experience different and complex feelings that the parents may not notice due to their preoccupation with life and with earning a living and other concerns, and because of the fast pace of everyday life as well. Many people are ignorant of, or simply overlook, the fact that childhood is the foundation stone and main component of an individual’s personality at the psychological, emotional, physical and social levels. The development of a child’s personality starts from the family and builds up to be shaped by his interaction with neighbors and friends, and then his peers in school and college, all the way to his co-workers in the workplace, then it expands to include the society as a whole.

Each psychological aspect of one’s personality develops and evolves in accordance with the surrounding environment and the available circumstances. We shall discuss in this article the emotional aspect in particular and underline its great impact on a child’s personality.

The emotional aspect of a personality refers to a set of intertwined and conflicting emotions and feelings that need to be processed properly. The first emotional reaction that most children exhibit is jealousy. It is not a simple emotion; rather, it is a complex diverse mix of negative emotions, and a struggle between the feelings of love and aggression inside the child. We shall address below jealousy in several key respects.

First: The Concept and Definition of Jealousy:

Linguistically, jealousy is an intense emotional attachment to a beloved person accompanied by constant anxiety for fear of losing that valued person to a rival who might share with him this person’s love.

Idiomatically, jealousy is an emotional state or a complex emotional disturbance resulting from a number of mixed feelings such as fear, possessiveness, dissatisfaction, anger and love, accompanied by internal and external physiological changes experienced by a child when losing things to which he is accustomed or when he has a new rival.

In psychology, jealousy is a complex of innate and intricate feelings that are difficult to control and keep in check. The development of such feelings leads to psychological disturbances that deprive a child of inner peace.

A child is usually unwilling to disclose and display the feelings of jealousy and chooses to suppress them. The parents’ failure to deal with these feelings positively causes the child to translate them into uncharacteristic and unwelcome behaviors such as anger, sabotaging, troublesomeness, disobedience and lying. Sometimes it escalates to the extent of causing involuntary urination, nail biting, lip biting, or faking illness.

A child exhibits jealousy when he experiences deprivation or loss of things that he is accustomed to, or when he compares himself to what he sees in others, whether his peers in school or family members.

Common Causes of Jealousy in Children:

1- Comparing a Child to His Peers:

Many families sometimes tend to compare their child to others by praising the behavior of other children in front of theirs or mentioning their achievements such as academic excellence or how organized or active they are and the like, magnifying those qualities while ignoring the qualities of their own child, because they wish for that other child to be a role model for theirs. They resort to comparison believing it to be a source of motivation to prompt their child to success, while ignoring the fact that each child has his unique set of abilities and level of intelligence, and that some children may be endowed with distinct skills and capabilities that differ from those of their peers. Such comparison is a terrible parenting mistake that many families commit. We also find some families favoring sons over daughters under the influence of their culture and popular heritage.

These comparisons take a negative turn and drive the child to behave in an aggressive unhealthy way, because they make him feel inferior. As a result, he starts to feel that his actions do not live up to the expectations of the family and therefore cannot win him their admiration and that he is failing them. At the subconscious level, he begins to hate the child to whom he is being compared and tries to avoid him, or sometimes abuse him. To provide a sound and healthy upbringing for a child, parents should avoid these negative comparisons and resort instead to positive ones by highlighting their child’s good qualities and pointing out the similarities between him and good public figures whom he can emulate. They can also compare their child to himself over time by, for instance, reminding him of his scores in the past year and comparing them to his scores of this year. By doing so, we can transform the negative feelings of jealousy into positive ones. Parents should also avoid reproach and the use of harmful punishments or beating to ensure the development of a mature and healthy personality, reduce the feelings of anger or aggression, and avoid problems that arise from them such as sabotage or introversion. Sometimes the suppression of feelings causes involuntary urination or drives a child to self-mutilating behaviors like lip biting or nail biting to vent out the suppressed feelings of sadness.

2- The Sibling Jealousy with a Newborn Baby:

Having a new addition to the family is a natural reason to arouse the older child’s jealousy, as he feels that he has lost all the privileges he had as well as all the attention and care that he used to receive from the parents, as if the rug was pulled from under his feet and he lost all what he had to this newborn baby. This change drives the older child to display aggressive behavior towards the newborn because he feels that he has stolen everything from him, or he may start faking illness to draw the attention of his parents, and sometimes he keeps to himself and feels sad and depressed because he has lost his sense of security. Therefore, the parents should avoid playing with and pampering the newborn child in front of the older one and should not ignore the older child’s protests. They should continue to play with him, show affection to him, and take care of all his affairs. Moreover, parents should prepare their child (mentally and emotionally) before the birth of his younger sibling. They should talk to him and tell him that he will have a baby brother or sister who will play with him and be close to him. They should also associate the birth of the newborn baby with a joyful event that makes him happy, by buying him a toy or taking him for a special outing and the like. Another idea is to involve the older child in preparing the newborn’s room, accompanying him to visit his baby sibling in the hospital, and asking for his help to take care of his affairs willingly without coercion, like asking him to fetch diapers or the milk bottle. Parents should also praise the older child’s good qualities and reward him for his positive behavior with the baby; this will generate feelings of love for the newborn, defuse his inner conflicted feelings of love and aggression, and help him accept the new situation. To encourage him to accept the change, he should also be urged to express his emotions and deal with them in a proper and balanced manner to overcome their adverse effects. Meanwhile, parents should avoid taking sides with one of their children lest it distorts his image in the eyes of his siblings, provoking their anger and jealousy, which may build up and evolve to a psychological complex.

A spoiled child perceives himself as the center of the universe and rejects whatever may change that, such as the birth of a new sibling or the excellence of a schoolmate, because he does not want anyone to be better than him. The presence of a physically stronger child, a more high-achieving classmate, or a newborn sibling makes him angry and drives him to resort to sabotaging behaviors and sometimes self-isolation and introversion. The feelings of jealousy experienced by a spoiled child may aggravate if they are not addressed, as he tends to be selfish and possessive. He does not leave any room for others to shine nor is he mindful of those around him. Therefore, parents should teach such child that he has rights and duties and encourage buying group games to play with his schoolmates as a team rather than playing alone. They should also remind him that what he is given should be shared with his colleagues or siblings so as to undermine such selfishness and possessiveness and gradually reduce the likelihood of aggressive behavior. It is noticeable that a single child is more likely to be possessive and selfish than those with siblings who grow up in a healthy and proper environment. The same goes for a male child with all-female siblings or vice versa. The family, and its cultural and educational background, play a significant role in alleviating and avoiding this problem, and have an active role as well in building the child’s personality at the emotional and sentimental levels in a balanced manner and transforming his jealousy into positive jealousy (envy that is free from malice), prompting him to fair competition rather than producing sabotaging and aggressive behavior or introversion.

We may find many other different reasons for the phenomenon of jealousy and its prevalence among children, but we discussed in this article the most famous and common causes from my point of view and based on my observations within the family contexts and discussions with a group of educators, benefitting of their experiences in this field. I tried to summarize and simplify all these points for the dear readers.

Finally, it is important to raise the families’ awareness of this problem, understand the feelings of jealousy harbored by their children, identify the reasons that provoke them, whether in words or actions, and avoid them in order to mitigate those negative feelings within the child, because he needs to relish security and emotional and psychological stability throughout the various phases of his growth and development. This can be done by providing him with a loving healthy nurturing environment to be his permanent refuge and source of support that would empower him to overcome his problems. This maximizes the chances of his success and harnesses his ability to build a strong personality that is capable of engaging with society and facing its challenges.

The Effects of Electronic Games on Children and Adolescents