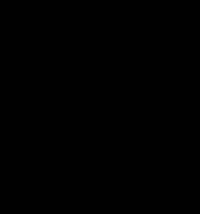 Confucianism is the religion of the ancient Chinese, named after the great philosopher Confucius who appeared in the sixth century B.C calling for the revival of the religious values and traditions that the Chinese had inherited from their forefathers. To these values, he added his own philosophy and moral values leading to sound behaviour.Although Confucianism became the official ideology of the Chinese state, it has never existed as an established religion with a church and priesthood.

Confucius is regarded as the real founder of this Chinese philosophy. He was born in 551B.C. in Tsou, one of the cities of the Lu principality (now called Shantung province). Originally, he was called 'Kung Futze'; 'Kung' is the name of the tribe to which he belonged and 'Futze' means the president or the philosopher.

Thus, his name meant the 'President of Kung' or the philosopher of that tribe. Confucius belonged to a very aristocratic family which had deep roots and a respected history in that area. His grandfather was ruler of the provinceand his father was an excellent military officer. Nevertheless, he himself was the offspring of an illegal marriage and his father died before he was three, leaving his upbringing to his mother.

Thus, he lived as an orphan, worked as a shepherd and married at an early age before twenty. He had two children, a boy and a girl, but his wife was not able to continue living with him for more than two years due to his meticulous manners with regard to food, drinks and clothing, so they divorced.

Confucius studied philosophy with a man by the name of Professor Laotse who believed in contentment and absolute tolerance. Nevertheless, Confucius disagreed with his professor later on when the latter called for 'an eye for an eye' to maintain justice.

At the age of twenty-two, he established a school for studying the essence of philosophy. His students increased in number till they reached three thousand.

Confucius, confident in his ability to reorder society, held a number of important jobs: he worked as a consultant to princes and governors, was appointed judge and governor, minister of labour, minister of justice and finally prime minister in 496 B.C. In his capacity as prime minister, he sentenced some ex-ministers, politicians and riot-makers to death, thus making his province ideal with regard to applying his philosophical values and ideas.

Later, Confucius devoted his time to making trips to the various cities and towns of China, offering wisdom and consultation to the rulers and inviting people to adopt his values and traditions. Finally, he resorted to his province Lu where he devoted most of his time to teaching his friends, summarising the books of the ancients and introducing them to the people. He died in 479 B.C. at the age of seventy-three.

The Basic Beliefs of Confucianism with Regard to God, Angels and the Spirits of their Ancestors

God: Confucianists believe in many gods, though it is said that they believe in the great God, the Lord of Heaven whom they worship and to whom they offer sacrifices. However, these sacrifices are to be submitted through the mediation of the king or the princes of the different governorates. The earth also has a god that is worshipped by all the Chinese, as do the sun, the moon, the stars, the clouds and the mountains, and to each sacrifices are to be offered.

Angels occupy a very high position in the Chinese religion; they are consecrated and sacrifices are offered to them as well.

The spirits of the ancestors are also consecrated by the Chinese: They believe in the immortality of these spirits and that they never die with the death of the bodies. The sacrifices offered to these spirits are given at celebrations where large banquets are extended, accompanied by music to help the spirits rejoice and feel happy. In every house, there is a small temple for the spirits of the dead and the gods of the householders.

Confucianism does not believe in the Hereafter, Paradise or Hell, nor does it accept any belief in Resurrection. Confucianists are mainly concerned with improving their life affairs with no regard for the destiny of the soul after leaving the body. One of the disciples once asked Confucius about death, Confucius answered succinctly: “We haven’t yet finished studying life to delve into the question of death.”

Confucianism is mainly concerned with moral values, which form the cornerstone of its philosophy and the basis of its religion. It tends to teach the individual to absorb these values until they become part and parcel of his very being.

These values can be materialised in absolute obedience to parents, elder brothers and rulers. These moral values also include sincerity to friends, refusal to cause any harm to others even in words, identical harmony between words and deeds, rejection of hypocrisy, care for common interests, encouraging beneficial arts, sympathising with foreigners and working for the common welfare of the princes and the common people of the empire.

There was, however, another side to Confucianism. Confucius not only stressed social rituals (Li), but also humaneness (Ren). 'Ren', sometimes translated as love or kindness, is believed to be the source of all virtues. The Chinese character represents the potential to live together humanely rather than scrapping like birds or beasts.

Confucianism started in China but in 1949 when China adopted a Communist regime, Confucianism was prohibited by the force of law like all other religions. Therefore, it spread to other places like Korea and Japan where it is studied in universities. Confucianism was welcomed by western philosophers like Lipnze (1646-1716) and Peter Noyel who later published a book about this system of Chinese Philosophy.