The Sunnah: the second form of revelation 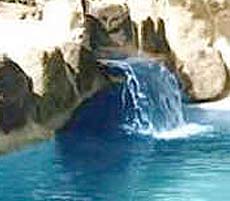 Allah, Almighty, Says (what means): "This day have I perfected your religion for you and completed my favor upon you and have chosen for you Islam as your religion." [Quran; 5: 3]

Amongst the believers there is no doubt about this way of life called Islam. It is a complete way of life. The Creator of the heavens and the earth has not left anything out of this glorious religion (way of life) of His. As the above verse states that this religion is perfect and complete. However, something new has come in fairly recent years from Satan, concerning the Sunnah of the Messenger of Allah

. It has been suggested by him to the hearts of some of the Muslims that the Quran, as Glorious as it is, is sufficient enough alone as guidance for mankind. Meaning that the Sunnah is something that can be left off, or abandoned. Surely this is a disease that has no place in this wonderful religion (Islam).

In order to address this issue we must ask ourselves an important question. How do we worship Allah? Do we worship Him any way we want? Is there a correct methodology to worshipping Allah? Is it sufficient for us to say and do whatever it is that we feel is worship and then call it worship and it will be accepted as such? Let us consider the saying of Allah (which means): "O you who believe! Obey Allah and obey the Messenger, and make not vain your deeds!"[Quran; 47: 33]

You must know that the Quran and the Sunnah do not contradict one another, rather they complement one another. When Allah Says in this verse that the Messenger

is to be obeyed, he is not only talking to that honorable group of Muslims that accompanied the Prophet

during his lifetime. He is speaking to all of the Muslims that will come up until the Last Day.

Similarly, no one is ready to conceive the notion that when Allah, Says (what means): “O you who believe!” that the only ones who believe are the Muslims who were with the Prophet

at that time and no one after them believed and no one else will ever believe! This would be grossly limiting the Quran.

Satan is crafty! He may then try to sway your thinking from another angle. He may say that the Quran is simple to understand and that it needs no explanation. For it is true that Allah Says (what means): "We have indeed made the Quran easy to understand and remember" [Quran; 54: 32]

However, although the Quran is easy to understand, it does need to be explained so that it is properly understood. Allah Says (what means): "And when We have recited it to you [O Muhammad through Jibreel (Gabriel)] then follow you its (The Quran's) recital. Then it is for Us (Allah) to make it clear (to you)." [Quran; 75: 18,19]

then how much more so to you and I?

Allah Says (what means):  "…And We have sent down unto you (O Muhammad) the Reminder, that you may explain clearly to men what is sent down to them, and that they may give thought." [Quran; 16: 44]

In this verse, Allah is exhorting the Messenger

to not merely recite the Quran but to explain it as well. Obviously, some explanation is required even to the most pious of men.

Furthermore, giving the needed details to carry out certain commands given in the Quran was another very vital role played by the Sunnah. For example, Allah commands us to establish the Prayers and to pay the obligatory charity (Zakah), saying (what means): “And establish the prayers and give Zakah (the obligatory charity) and bow with those who bow [in worship and obedience].” [Quran; 2:43] Yet, nowhere in the Quran does Allah give the required details to implement His command, and it was the Sunnah that gave us all the details of the how, when, who of this command.

Additionally, Allah Says (what means): "…(And) if you differ in anything amongst yourselves, refer it to Allah and His Messenger, if you believe in Allah and the Last Day. That is better and more suitable for final determination." [Quran; 4: 59]

Once again, if we try to leave off the importance of the Sunnah, then how do we implement this verse of the Quran? Allah orders us to refer our differences to Him. This means for us to seek our answers from the Quran. He also attaches the Messenger

to that particular order when He stated for us to refer to Him. If we leave off the Sunnah then this part of the verse has no meaning. Allah Says (what means): "Whoever obeys the Messenger, has obeyed Allah." [Quran; 4: 80]

How can the Muslims of today follow the Prophet

and not refer to his Sunnah? How can we say that we love Allah and not try to follow the methodology of His Prophet

that was collected by Imaam Maalik

in his book called Muwatta. The Prophet

said: "I have left behind two matters. Those who hold fast to them will never go astray: The Book of Allah and the Sunnah of His Messenger."


Without the Sunnah then the second statement of your Shahaadah (testimony of faith) also has no meaning.