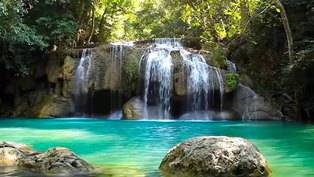 All perfect praise is due to Allah; I testify that there is none worthy of worship except Allah and that Muhammad is His Slave and Messenger;

as well as his family and all his companions.

cried one night until the morning, and when he was asked whether he cried due to his fear of his sins, he replied: “No, I am more scared of having an evil end”
Ibn Katheer,

said: “People who are righteous inwardly and outwardly and whose actions coincide with their words, Allah willing, will not have an evil way to end their lives; and never was this reported about anyone before. It is only those who are evil inwardly and outwardly; those who are daring and indulge in major great sins and who are frequent in committing minor sins. This type of people, who are used to this practice will continue to do so until they die without repenting.”
The Prophet

said: “Verily, deeds are but by the way they end.” [Al-Bukhari]. This is why our right predecessors

feared their ends because no one knows how he will end his life and in which state he will depart.
For this reason, Huthayfah

was happy to die before the trials about which the Prophet,

, informed them and said: “All perfect praise be to Allah who has hastened my death before these trials”.
One of the signs indicating that the person died whilst having a good end is dying whilst performing a righteous deed. Anas

asked: “O messenger of Allah! How does Allah use him?”  He,

, responded: “He enables him to perform a good deed, then ends his life upon it.” [Ahmad]
Huthayfah,

narrated that the Messenger of Allah,

reported: “I heard the Prophet

saying: “Every slave will be resurrected in the state upon which he died” [Muslim]. Imam As-Suyooti

said: “This narration refers to the state of obedience or disobedience”. Malik Ibn Deenar

used to say: “If I can afford (physically) not to ever sleep I would not sleep” he was asked about the reason, to which he said: “I fear that the angel of death would come to me whilst I am sleeping and I would like that he comes whilst I am engaged in a righteous deed”.
An example highlighting one of the best ways to die is for a disbeliever to embrace Islam then immediately die. Anas, may Allah be pleased with him, reported: “A young Jewish boy who was in the service of the Prophet

went to visit him. He sat down by his head and said to him:“Embrace Islam.”The little boy looked at his father who was sitting beside him. He said: ‘Obey Abul-Qasim (i.e., the Messenger of Allah

).’ So he embraced Islam and the Prophet

stepped out saying:“Praise be to Allah Who has saved him from Hell-fire.” [Al-Bukhari].
Allah guided a man from the Philippines to the light of Islam on Wednesday in the city of Ta’if in the Kingdom of Saudi Arabia, and he was taught some of the merits of Islam and on Thursday he started reciting some chapters of the Qur’aan and on Friday morning he passed away, after only two days of him becoming a Muslim.
Uttering the testimonies of faith prior to death is a good deed and another example for one’s good end. Mu’ath ibn Jabal

said: “He whose final words are: ‘Laa Ilaaha Illallaah’ (i.e., 'None is worthy of worship except Allah') will enter Paradise.”[Al-Hakim].
‘Abdullah Ibn ‘Amr Ibn Al-‘Aas

reported that when his father

was on his death bed he said: “O Allah! You commanded me with many commands and I fell short in many of them. O Allah! You forbade me from many matters, but I transgressed. O Allah! None has the right to be worshipped but You” then he continued repeating this until he died

.
Many of the Salaf

died whilst praying, which is another example for a good way to end life. ‘Abdullah Ibn Abi As-Sarh

supplicated one night after having performed Qiyam saying: “O Allah! Make my last deed in this life the performance of Fajr prayer” Then he performed ablution and prayed Fajr and died whilst concluding his prayer.
Abu Tha’labah

used to say: “I hope that Allah will not make me suffer upon death like I see some people do” Then he started performing Qiyam and died whilst in the position of prostration. That night his daughter saw in her dream that her father died, so she woke up terrified and went to her mother asking about her father, so she told her that he was praying Qiyam. They went to check on him and found him in the position of prostration and when they moved him he fell to his side.
A young man prayed the Fajr prayer with the congregation and sat in the mosque reciting the Qur’an and waiting for the sun to rise so that he may pray two Rak’ahs and he did not know that it was the last hour of his life, and died whilst in that state.
A fifty five year old lady was admitted into ER (the emergency room) as a result of getting a heart attack which made her heart stop beating completely. When the physicians were trying to make a heart massage with special equipment a very astonishing thing happened, which doctors had never seen before that day … the woman suddenly opened her eyes and spoke calmly saying a few words … she did not complain of any pain … she did not scream asking for their assistance … she did not ask for her husband or children … she simply uttered the two testimonies of faith … then the heart stopped again. She repeated this three times … then she died … and her face illuminated. When her husband was asked about the type of woman she was, he said: “I married her more than thirty five years ago, and since then I have never seen her abandon the Witr prayer (i.e. the odd-numbered Rak’ahs after the optional night prayer) unless she was sick or during her monthly period”.
Dying whilst fasting is yet another example exemplifying a good end, like in the case of Asmaa’ Bint Abu Bakr

and her son ‘Urwah

said: “Wash him with water and lote-tree (leaves), shroud him in his own garments and do not cover his head, because he will be resurrected on the Day of Resurrection uttering the Talbiyah.”.
There are some people who die whilst reciting the Qur’an, like in the case of ‘Uthman Ibn ‘Affan¸

who was known to be a person who continuously recited the Qur’an day and night. He

was martyred whilst reciting the Qur’an in his house. Once Ibn ‘Abbas

recited the saying of Allah which means: “Is one who is devoutly obedient during periods of the night, prostrating and standing [in prayer], fearing the Hereafter and hoping for the mercy of his Lord, [like one who does not]?”[Quran 39: 9] then he said: “I swear by Allah! This applies to ‘Uthman Ibn ‘Affan”.
One of the best examples indicating a good end is being martyred. Al-Miqdam Ibn Ma’di Karib,

said: “A martyr has six bounties: He will be forgiven with the first drop of his blood that is spilt; He will see his place in Paradise (at the time of death); He will be saved from the ‘Great Horror’ (on the Day of Judgment): A Crown of Dignity will be placed on his head, which contains many corundum, each one being more precious than this life and all that it contains; He will have seventy two Women of Paradise; And, he will be allowed to intercede for seventy of his family members (who would have otherwise gone to hell).”[At-Tirmithi].
Shaddad Ibn Al-Had

narrated: “A Bedouin came to the Prophet

accepted Islam and said: ‘I wish to migrate (to Madeenah)’. So the Prophet

asked some of his companions to take care of him. Then after a battle, the Muslims had gained some booty so the Prophet

divided it and gave the Bedouin’s share to some of his companions to look after, as the Bedouin was still at the rearguard. When the Bedouin returned, they gave him his share, so he asked them: ‘What is this?’ they replied: ‘It is your share from the booty which the Prophet

gave us to hold on to for you.’ So the Bedouin took the booty and went to the Prophet

and asked: ‘What is this?’ The Prophet

replied: “Your share of the booty.”The Bedouin said: ‘This is not why I believe in you and follow you; rather, I follow you so that I can get shot by an arrow right here, (and then he pointed to his throat) then die and enter Paradise.’ The Prophet

said: “If you are sincere then Allah will grant you your wish.”After a short while, fighting resumed and the Bedouin’s body was brought to the Prophet

said: “He was sincere so Allah granted him his wish.”Then using his own garment, the Prophet

shrouded the Bedouin, prayed the funeral prayer over him and was heard by his companions to say during the prayer: “O Allah! This is Your slave who migrated for Your sake and was killed as a martyr – and I testify to this”.Which testimony could ever be more honorable, sincere and truthful than this great one given by the Prophet

?
A truck driver by the name of Abu Dujanah, was known in his town to be an evil person who consumed intoxicants. One day, he got in a deadly car accident, but Allah rescued him from death. Allah decreed that two righteous young men see the accident and rush to him whilst he was unconscious and took him with them and when he woke up they told him to perform Ghusl (ritual bath) which he did, then they instructed him to pray, and after he prayed they said to him: “Allah Has rescued you from death and had you died upon the state you were in, it would have been the worse way to die and be resurrected. You should repent to Allah and shun all sins” their words affected him deeply, and he shunned his evil company with whom he used to hang around, and started practicing. A few months later, he traveled to Bosnia for Jihad, and Allah granted him martyrdom there. His body remained with the enemies thrown in an open field for two and a half months after he was killed, and then a swap of dead bodies happened between the Mujahideen and the Serbs, and when the brothers opened the plastic bag in which he was kept for this long period, they saw his face smiling and an extremely pleasant scent emanating from his body.
These were but some examples of how a good end may be, and we ask Allah to bless us and grant us a good way to end our lives. 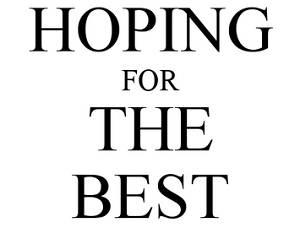