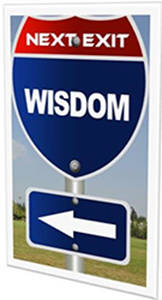 and obey it as an integral part of the religion (Islam), a revelation from Allah Almighty that is a Divine source of Islam and an explanation of the Quran, and a perfect example for all mankind to follow, then he is an apostate or a disbeliever.

said: “If a person says, ‘I only accept what I find in the Quran’, he becomes a disbeliever according to the consensus of Muslims.”

In the past as well as in our times, Muslims have seen amongst their ranks a few who now and then claim that they do not need the Sunnah or they do not believe in it or reject it altogether. Some of those who may say that claim to be Muslims but they only follow and obey the Quran and nothing else. However, Allah Almighty, whom they claim to obey has clearly stated in many places of the Noble Quran that everyone, regardless of any situation or status, should obey the Prophet

in all times and conditions, and when they do so, then they have achieved obedience to Allah. Allah Almighty Says (what means): {He who obeys the Messenger has obeyed Allah...}[Quran 4:80] Moreover, Allah Says (what means): {But no, by your Lord, they will not [truly] believe until they make you [O Muhammad] judge concerning that over which they dispute among themselves and then find within themselves no discomfort from what you have judged and submit in [full, willing] submission..} [Quran 4:65] Here Allah makes it clear that one who does not accept the verdicts of the Prophet

is not a believer.

Others disregard the Sunnah because they say that the Prophet's

authority was only valid while he was alive. This is totally baseless, and they have to reject the Quran with it, if this were to be true. Allah Says what means: {Say [O Muhammad] 'O mankind, indeed I am the Messenger of Allah to you all...} [Quran 7:158] This makes it clear that Muhammad

was sent to all people and for all times.

Finally, some reject the Sunnah because they say that there are flaws in its recording. They claim that too many Hadeeths were fabricated or "projected back," or were not recorded until later generations. Hadeeth and Sunnah scholars have responded to all such claims throughout history. They showed definite evidence that the Hadeeth recording was established at the time when the Prophet

was alive. As for fabricated Hadeeths, the methodology followed by these scholars insured that none of them was to remain uncovered. Muslims do not accept but the Hadeeths that were proven acceptable under that methodology. Actually, this fact makes Islam unique among all religions. It rendered it immune to corruption and change.

Thus, to deny any part of the Sunnah is disbelief. However, this does not mean that one who doubts the authenticity of a particular Hadeeth is a disbeliever.