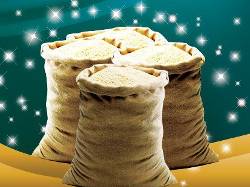 The greatness of Islam is clear in all the rites, acts of worship and obligations that Allah imposed upon His slaves. These obligations include the third pillar of Islam which is paying Zakah. Since the blessed month of Ramadan is the month of generosity, kindness, spending, charity and feeding the needy, it is suitable to speak about the obligatory Zakah that Allah The Almighty associated with prayer in the Noble Quran on 82 occasions.

The religion of a Muslim is not correct unless he pays it because it plays a role in bringing together the rich and poor Muslims, creating the spirit of sympathy and love among the individuals of the society, achieving social solidarity in the Muslim community, securing the needs of the poor, the needy, the travellers, the orphans and the widows and protecting those who deserve it against need and begging.

The scholars of Islam, the predecessors and the successors alike, agreed upon the fact that the religion of a person is not complete unless he pays Zakah. Whoever denies that it is obligatory is a disbeliever. Whoever refrains from paying it along with believing that it is obligatory, it should be taken from him by force as the Caliph Abu Bakr

In the Sharee‘ah context: it means giving a specific amount of money to those who deserve it with certain conditions.

Evidence that it is obligatory:

Zakah was imposed in the second year of Hijrah. It is obligatory by virtue of the Quran, the Sunnah and the consensus of scholars. It is one of the five pillars of Islam. It is the associate of prayer in the Book of Allah.

Evidence from the Quran that it is obligatory:

-     {And they were not commanded except to worship Allah, [being] sincere to Him in religion, inclining to truth, and to establish prayer and to give Zakah. And that is the correct religion.} [Quran 98:5]

In the Sunnah, there are many proofs:

said: "Verily, Islam is founded on five (pillars): testifying that there is none worthy of worship except Allah and that Muhammad is the messenger of Allah, establishment of prayer, payment of Zakah, fast of Ramadan and Pilgrimage to the House for those who are able." [Al-Bukhari and Muslim] Besides, when the Messenger of Allah

to Yemen, he said: "Then inform them that Allah has made it obligatory upon them to pay Zakah from their property and it is to be taken from the wealthy among them and given to the poor." [Al-Bukhari and Muslim]

said: "I have been ordered (by Allah) to fight against the people until they testify that none has the right to be worshipped but Allah and that Muhammad is the Messenger of Allah, and offer the prayers perfectly and give Zakah, so if they act in accordance with that, then their lives and property are sacred to me unless they violate Islamic laws and then their reckoning will be with Allah." [Al-Bukhari and Muslim]

narrated that a Bedouin came to the Prophet

and said: "Tell me of a deed that will make me enter Paradise, if I do it." The Prophet

said: "Worship Allah, and worship none along with Him, offer the (five) prescribed compulsory prayers perfectly, pay the compulsory Zakah and fast the month of Ramadan." The Bedouin said: "By Him, in Whose Hand my life is, I will not do more than this." When he (the Bedouin) left, the Prophet

said: "Whoever likes to see a man of Paradise, then he may look at this man." [Al-Bukhari and Muslim]

It was mentioned by many scholars. Ibn Qudaamah said: “Muslims at all times agreed upon its obligatoriness.” [Al-Mughni]

The conditions of it being obligatory:

Scholars agreed that Zakah is obligatory upon every Muslim who is free (not a slave), adult, in possession of mental faculties and who fully possesses the minimum amount eligible for Zakah upon which a year passed except for fruits and grains as it becomes due without the passage of a year. They differed concerning the apostate, the child, the slave and whoever other than the completely possessing owner. (These matters are explained in detail in their original sources in the books of Fiqh).

Its wisdom and virtue:

Allah The Almighty specified its channels of disbursement as He Says (what means): {Zakah expenditures are only for the poor and for the needy and for those employed to collect [Zakah] and for bringing hearts together [for Islam] and for freeing captives [or slaves] and for those in debt and for the cause of Allah and for the [stranded] traveller - an obligation [imposed] by Allah. And Allah is Knowing and Wise.} [Quran 9:60]

From its name, it is clear to us that it entails purification and growth (the root of the word Zakah in Arabic means “purify”). Allah The Exalted Says (what means): {Take, [O, Muhammad], from their wealth a charity by which you purify them and cause them increase….} [Quran 9:103] It purifies money and completely treats the diseases of miserliness, avarice, greediness, selfishness and grudge.

Allah The Almighty promises the people of Zakah and spending with blessing, increase and growth as He Says (what means): {….But whatever thing you spend [in His cause] - He will compensate it; and He is the best of providers."} [Quran 34:39] Moreover, the Prophet

Zakah plays a great role in achieving the principle of social solidarity in the Muslim community. Allah The Exalted distributes sustenance among His slaves according to His will and He favors some of them over others in sustenance. He made among them the rich and the poor and the strong and the weak. He imposed upon the rich a specific right and an obligatory share that is taken from them and returned to the poor so that money will not be a perpetual distribution among the rich and so that the poor people may lead a decent life. The rich person should not boastfully remind the poor of his charity. It is the wealth of Allah and it is He who imposed the right of spending and consoling. This is one of the most wonderful forms of solidarity in societies. The Messenger of Allah

said: "The similitude of believers in regard to mutual love, affection and sympathy is that of one body; when any of its limbs aches, the whole-body aches because of sleeplessness and fever." [Muslim] 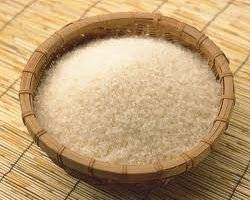 Muslims fulfill the obligation of fasting in the month of Ramadan and conclude this month by performing a great act of worship that culminates their commendable acts of worship and righteous deeds in this...More