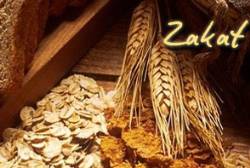 Furthermore, Zakah is a practical expression of brotherhood in Islam and is a realistic application of the morals of the Muslims on the part of the giver of Zakah. In addition, paying Zakah plays a great role in achieving security and stability. When the poor person obtains his right and what secures his life, he avoids causing any troubles or disorder in the life of the Islamic community and he feels that he is among a group that observes his right. Thus, security, safety and peace prevail over the all classes of the society.

Besides, whenever the rich person fulfills the right of the poor, the phenomenon of envy will disappear from the Islamic society, Muslims will be free from grudges and everyone will live in brotherhood, love, affection, happiness and delight.

Zakah also expiates sins, protects against afflictions and brings about the mercy of Allah. Allah The Almighty Says (what means): {…but My mercy encompasses all things. So I will decree it [especially] for those who fear Me and give Zakah…} [Quran 7:156]

The stance of Islam towards those who refrain from paying Zakah:

From among the most serious disasters with which man is afflicted is the disease of miserliness that makes him think that his miserliness will preserve his money from loss or that it will increase his wealth. Nevertheless, if he knew the loss he incurs in the life of this world, the torture he suffers in the Hereafter and the reward and blessing he misses; he would hasten to pay it and rather increase his charity and good deeds.

Severe threatening came in the Book of Allah The Almighty to those who are miserly and who do not pay the Zakah of their money.

Allah The Exalted Says (what means): {And let not those who [greedily] withhold what Allah has given them of His bounty ever think that it is better for them. Rather, it is worse for them. Their necks will be encircled by what they withheld on the Day of Resurrection. And to Allah belongs the heritage of the heavens and the earth. And Allah, with what you do, is [fully] Acquainted.} [Quran 3:180]

Allah The Almighty also Says (what means): {….And those who hoard gold and silver and spend it not in the way of Allah - give them tidings of a painful punishment. The Day when it will be heated in the fire of Hell and seared therewith will be their foreheads, their flanks, and their backs, [it will be said], "This is what you hoarded for yourselves, so taste what you used to hoard."} [Quran 9:34-35]

Refraining from paying Zakah is a grave sin and a great harm to the poor and the needy and it exposes one to the Anger of Allah and His quick punishment. That is why abstention from Zakah ruins the society and destroys its foundations, and that is why Zakah should be taken by force from whoever refrains from paying it. If they are a group who possesses power and authority, the Imam should fight them until they pay Zakah as Abu Bakr

did with those who refrained from paying Zakah.

Whoever denies that it is obligatory while knowing its ruling is a disbelieving apostate according to the consensus of the Muslim scholars. On the other hand, he who abandons it without denying it, it should be taken from him with the power of the Sultan and the ruler should punish him if he has no excuse. He is liable to the severe threatening addressed to those who refrain from paying Zakah.

In the Prophetic Sunnah, those who abstain from paying Zakah are threatened as follows: Abu Hurayrah

said: “If any owner of gold or silver does not pay what is due on him, when the Day of Resurrection would come, plates of fire would be beaten out for him; these would then be heated in the fire of Hell and his sides, his forehead and his back would be cauterized with them. Whenever these cool down, (the process is) repeated during a day the extent of which would be fifty thousand years, until judgment is pronounced among servants, and he sees whether his path is to take him to Paradise or to Hell.” It was said: “O Messenger of Allah, what about the camel?” He

said: "Whoever is made wealthy by Allah and does not pay the Zakah of his wealth, then on the Day of Resurrection his wealth will be made like a bald-headed poisonous male snake with two black spots over the eyes. The snake will encircle his neck and bite his cheeks and say: 'I am your wealth, I am your treasure.'" Then the Prophet

also narrated that the Messenger of Allah

said: "If the owner of camels does not pay their Zakah, then, on the Day of Resurrection those camels will come to him and will strike his face with their hooves." [Al-Bukhari]

said: "Those who refrain from paying Zakah will be deprived from the rain of the sky. If it were not for the cattle, Allah would not send them rain..." [Saheeh Ibn Maajah; Al-Albaani: Hasan]

How terrifying are these intimidations and threats! Those who abstain from paying Zakah should fear Allah and repent to Him. He accepts repentance from those who repent.

Fasting brother and sister, here we are in the blessed last ten days of Ramadan - the ten days of mercy, forgiveness and salvation from Hellfire. You should have a share of spending. Do not be among those who are misers so they regret this afterwards. Pay the Zakah of your money on time and pay charity from the excess of your wealth so that Allah will increase it for you and multiply it many times over. Allah The Almighty Says (what means): {Who is it that would loan Allah a goodly loan so He may multiply it for him many times over? And it is Allah who withholds and grants abundance, and to Him you will be returned.} [Quran 2:245] May Allah accept from me and you the good deeds and Decree that we are among those whom he saves from Hellfire.