The Status of the Sunnah in Islam 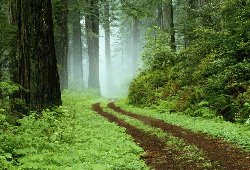 The Role of the Sunnah towards the Quran:

The Sunnah cannot dispense with the Quran: Allah Almighty chose Muhammad , as His Prophet and selected him to deliver His final message. The Quran was revealed to the Prophet

in which Allah commanded him to obey everything that was ordered of him; that is, to convey and explain His message to the people.

Allah Almighty Says what means: "…And We revealed to you the message [i.e., the Quran] that you may make clear to the people what was sent down to them…" [Quran: 16:44]

The declaration mentioned in the verse contains two commands:
1. To propagate the speech of Allah (i.e. the Quran). This is to openly communicate the Quran to (all) mankind as Allah Almighty has revealed to the Prophet

that which means: "O Messenger! Announce that which has been revealed to you from your Lord…" [Quran: 5:67]

‘Aa’ishah, may Allah pleased with her,  is reported to have said: "Whoever says that Muhammad concealed anything that he was commanded to communicate has forged a great lie against Allah." Then she read the abovementioned verse. [Al-Bukhari & Muslim]

Another narration is found in the book of Imam Muslim which states: "If the Messenger of Allah had concealed something that he was commanded to communicate, he would have concealed the saying of the Almighty (which means): "And [remember, O Muhammad], when you said to the one on whom Allah bestowed favour: 'Keep your wife and fear Allah,' while you concealed within yourself that which Allah is to disclose. And you feared the people, while Allah has more right that you fear Him." [Quran: 33:37]

2. To clarify words, sentences or verses from the Quran that are not easily understood by most people. Some verses may be comprehensive or general in their meaning, and the Sunnah clarifies and defines them through the Prophet’s

The Necessity of the Sunnah to Understand the Quran:
Allah Says what means: "[As for] the thief, the male and the female, amputate their hands..." [Quran: 5:38] In the context of this verse, the thief and the hand are mentioned in a general manner. It is the Sunnah that explains the first of them and places a restriction on it by explaining the meaning of the word 'thief' to mean the one who steals something worth at least a quarter of a Deenar (a unit golden currency) according to the saying of the Prophet

: "There is no cutting of the hand unless the thing stolen is worth a quarter of a Deenar or more." [Al-Bukhari & Muslim]

The latter (i.e., how the hand is to be amputated) is explained by the actions of the Prophet

and his Companions, may Allah pleased with them. They would amputate the hand of the thief from the wrist, as is known from a saying of the Prophet

There are many other verses of the Quran that cannot be completely understood except through the Sunnah, such as:
1. Allah Says what means: "And when you travel throughout the land, there is no blame upon you for shortening the prayer, [especially] if you fear that those who disbelieve may disrupt [or attack] you. Indeed, the disbelievers are ever to you a clear enemy." [Quran: 4:101] It is obvious from this verse that fear is a pre-requisite for the shortening of prayers. However, some of the Companions, may Allah pleased with them,   asked the Prophet

: "Why do we shorten our prayers while we feel safe?" He replied: "It is an allowance from Allah, so accept it." [Muslim]

2. Allah Says what means: “Say: 'Who has forbidden the adornment of [i.e., from] Allah which He has produced for His servants and the good [lawful] things of provision?..." [Quran: 7:32]
But the Sunnah has forbidden some 'adornments', and this is evident from the saying of the Prophet

: "The wearing of silk and gold has been made unlawful for males and lawful for the females of my nation.' ' [At-Tirmithi]

3. Allah Says what means: "Say: 'I do not find within that which was revealed to me [anything] forbidden to one who would eat it unless it be a dead animal or blood spilled out or the flesh of swine – for indeed, it is impure - or it be [that slaughtered in] disobedience, dedicated to other than Allah…” [Quran: 6:145]

But the Sunnah has forbidden many things not mentioned in the abovementioned verse; an example of this lies in the saying of the Prophet

: "All predatory animals with tusks and every bird with claws are forbidden for consumption." There are other narrations that have forbidden the consumption of such animals, such as the one where the Prophet

is reported to have said: "Allah and His Messenger have prohibited the consumption of domesticated donkeys, for they are filth." [Al-Bukhari & Muslim]

There are many other examples that show the necessity of the Sunnah within Islamic Law. There is no other way to understand the Quran correctly except with the interpretation of the Sunnah.

The Inadequacy of Philology to Understand the Quran:

It is agreed upon by the majority of Muslim scholars, past and present, that the Quran should first and foremost be interpreted by the Quran itself, then by the Sunnah, then by the sayings of the Companions, and so on.
It is here that the cause of deviation of scholastic theologians (Ahl Al-Kalaam), both ancient and modern, becomes clear, as well as their opposition to our righteous predecessors in doctrine and law.

: "I am leaving behind two things - you will never go astray if you hold fast to them: the Quran and my Sunnah." [At-Tirmithi]