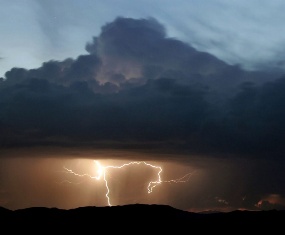 An Aggravation of the Muslims’ Affliction -I

Although the Muslims took every precaution to secure their internal front and defend Islam and Madeenah against the advancing army of confederates, the established way of Allah on earth requires that victory should be preceded by suffering and ease by adversity, and the more victory draws closer, the more trial and testing increase in intensity. However, the aggravation of the Muslims’ affliction in the battle of Al-Khandaq was due to many things, including:

had feared, given that the Jews are a people who always contravene their pledges and disrespect their obligations. For this reason, the Prophet

delegated Az-Zubayr bin Al-‘Awwaam, may Allah be pleased with him, the man of difficult tasks, to verify this news. Az-Zubayr, may Allah be pleased with him, went, explored the matter and then returned and said, “O Messenger of Allah, I saw them consolidating their forts and paving their roads, and they have collected their cattle.”
Motivated by the increasing indications that they would breach the covenant, the Prophet

sent for Sa‘d bin Mu‘aath, Sa‘d bin ‘Ubaadah, ‘Abd-Allah bin Rawaahah, and Khawwaat bin Jubayr, may Allah be pleased with them, and said to them: “Go to see whether or not the news that has reached us about those people is true. If it is true, tell me allusively in a way that would make me understand it and not demoralize the people; and if they are still loyal to their covenant with us, then announce it publicly to the people.” They set out and when they came to them they found that they had breached the covenant. They returned and greeted the Prophet

understood what they meant.
The Prophet

received the news of the treason of Banu Quraythah with constancy, firmness and decisiveness and utilized every available means to raise the spirits of the faithful believers and ripped apart, at the same time, the fronts of the aggressors. Meanwhile, the Messenger of Allah

sent Salamah bin Aslam, may Allah be pleased with him, leading two hundred Muslims, and Zayd bin Haarithah, may Allah be pleased with him, leading another three hundred Muslims to guard Madeenah and raise their voices with Takbeer (i.e., to say ‘Allahu Akbar’) in order to cast terror into the hearts of the Jews of Banu Quraythah who, at the time, were preparing themselves to join the confederates. They sent to the armies of the confederates a caravan of twenty camels loaded with dates, fig and barley, as supplies to sustain them, but it fell as booty in the hands of Muslims who seized it and brought it to the Prophet

.
Second: The blockade of the Muslims tightens, and the hypocrites withdraw and spread rumors:
The armies of the confederates tightened their blockade on the Muslims, especially after Banu Quraythah joined them. The distress of the Muslims was aggravated and the situation grew more critical. The noble Quran gives a true description of the severe difficulty and deterioration, besides the fear and terror, that the Muslims suffered while facing that dreadful affliction. Allah The Almighty Says (what means): {[Remember] when they came at you from above you and from below you, and when eyes shifted [in fear], and hearts reached the throats and you assumed about Allah [various] assumptions. There the believers were tested and shaken with a severe shaking.} [Quran 33:10-11] However, the assumption of the Muslims about Allah The Almighty was strong in confidence and reliance as recorded by the Quran (in which Allah Says what means): {And when the believers saw the confederates, they said, “This is what Allah and His Messenger had promised us, and Allah and His Messenger spoke the truth.” And it increased them only in faith and acceptance.} [Quran 33:22]
The hypocrites withdrew from the army of Muslims, and it increased in fear and terror so much so that this prompted Mu‘tib bin Qushayr, one of the members of Banu ‘Amr bin ‘Awf to say, “Muhammad promised us that we would devour the treasures of Khosrau and Caesar, but none of us feels safe even to go and answer the call of nature.” Other hypocrites asked for permission to return to their homes under the pretext that they were unprotected. In short, they were characterized by cowardice, spreading rumors, and discouraging the faithful believers.
There are several weak narrations (in their chains of transmission) telling about their statements of ridicule, injustice and frustration; but the noble Quran gives a precise representation of that as shown from the following verses (what mean):
{And when a faction of them said, “O people of Yathrib [Madeenah], there is no stability for you [here], so return [home].” And a party of them asked permission of the Prophet, saying, “Indeed, our houses are unprotected,” while they were not exposed. They did not intend except to flee. And if they had been entered upon from all its [surrounding] regions and fitnah [tribulation] had been demanded of them, they would have done it and not hesitated over it except briefly. And they had already promised Allah before not to turn their backs and flee. And ever is the promise to Allah [that about which one will be] questioned. Say, [O Muhammad], “Never will fleeing benefit you if you should flee from death or killing; and then [if you did], you would not be given enjoyment [of life] except for a little.” Say, “Who is it that can protect you from Allah if He intends for you an ill or intends for you a mercy?” And they will not find for themselves besides Allah any protector or any helper. Already Allah knows the hinderers among you and those [hypocrites] who say to their brothers, “Come to us,” and do not go to battle, except for a few, indisposed toward you. And when fear comes, you see them looking at you, their eyes revolving like one being overcome by death. But when fear departs, they lash you with sharp tongues, indisposed toward [any] good. These have not believed, so Allah has rendered their deeds worthless, and ever is that, for Allah, easy. They think the confederates have not [yet] withdrawn. And if the confederates should come [again], they would wish they were in the desert among the bedouins, inquiring [from afar] about your news. And if they should be among you, they would not fight except for a little.} [Quran 33:13-20]
The previous verses show the extent to which hypocrisy gave rise to anxiety in the souls of the hypocrites, cowardice in their hearts, and lack of confidence in Allah The Almighty when matters worsened, and insolence against Him increased, instead of resorting to Allah The Almighty at the time of testing. Their hypocrisy was apparent not only in their beliefs, but it also extended to deeds done in frustration. They sought the permission of the Messenger of Allah

to leave the battlefield, for which they gave feeble reasons, alleging that their houses were exposed to enemy attack. They sincerely intended to flee from death due to their weak belief and the overwhelming terror that filled their hearts. They also urged others to leave their posts and return to their homes, totally inconsiderate to the oath of faith and their pledge of Islam.
On the other hand, there were increasing attempts from the polytheists to break into the trench. Their horsemen roamed around the trench in great numbers every night till morning. Khaalid bin Al-Waleed and ‘Ikrimah bin Abu Jahl in the company of a group of Qurayshi horsemen tried to intrude the trench through a narrow point and launch a sudden attack against the Muslims, but Usayd bin Hudhayr, may Allah be pleased with him, leading two hundred from among the Companions were on the alert. There were clashes between both parties, in which At-Tufayl bin An-Nu‘maan, may Allah be pleased with him, fell as a martyr at the hands of Wahshi who had killed Hamzah, may Allah be pleased with him, on the day of the Battle of Uhud. He drove a spear through him across the trench which caused him a fatal injury.
Hibbaan bin Al-‘Irqah, one of the polytheists, was able to shoot an arrow at the medial arm vein of Sa‘d bin Mu‘aath, may Allah be pleased with him, saying, “Take this from the son of Al-‘Irqah.” When he was injured, Sa‘d, may Allah be pleased with him, said, “O Allah, if there still remains any [probability of] fighting with the Quraysh [disbelievers], then keep me alive so that I may fight against them in Your cause. You know that there is nothing more beloved to me than to fight in Your cause against those who harmed Your Messenger, belied him and turned him out [of Makkah]; and if you put an end to the war between them and us, then make me die as a martyr; and do not make me die before you do to Banu Quraythah what pleases my eye.” [Muslim] Allah The Almighty responded to the invocation of this righteous servant, who was later chosen to pass judgment on them.
The polytheists then dispatched a huge battalion to attack the headquarters of the Messenger of Allah

and the Muslims were engaged with them for a whole day until night. When the time of ‘Asr prayer was due, a battalion drew close to them, which hindered the Messenger of Allah

and those who were with him from performing the prayer. The Prophet

was engaged with them and did not perform ‘Asr prayer. The battalion did not leave before night. On that the Messenger of Allah

said: “May Allah fill their [disbelievers’] houses and graves with fire as they occupied us from performing the middle prayer until the sun disappeared.” [Al-Bukhari]
Third: The attempt of the Prophet

to ease the blockade through signing a peace treaty with Ghatafaan, and spreading rumors among the ranks of the enemies
1- The policy of the Prophet

in his negotiations with Ghatafaan
The political expertise of the Prophet

was evident in the way he chose the tribe of Ghatafaan apart from the other confederates to sign a peace treaty with. He did this for a particular amount of yields of produce to be given to them provided that they give up fighting him and return home. He

knew well that Ghatafaan and its leaders had no political objective to achieve, nor any religious motive for which they fought, but their main and sole objective for which they took part in that great battle was to devour the good wealth of Madeenah when they had the chance to occupy it. Thus, he made no attempt to communicate with the other leaders of the confederates from the Jews like Huyayy bin Akhtab, Kinaanah bin Ar-Rabee‘, or from Quraysh like Abu Sufyaan bin Harb. Their main objective was not so much financial as it was religious, which would only be achieved if they ruined the Islamic entity. Therefore, he only made a contact with the leaders of Ghatafaan who indeed hastened to accept the offer of the Prophet

. Both ‘Uyaynah bin Hisn and Al-Haarith bin ‘Awf, the Ghatafaani leaders, responded to the call of the Prophet

and held a meeting with him behind the trench and their attendance was secret.

An Aggravation of the Muslims’ Affliction -II