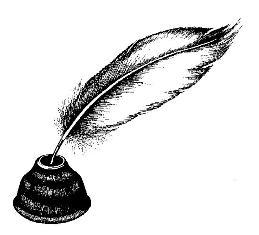 Negotiations Between the Messenger and the Quraysh - I - a

did his best to let Quraysh understand that he did not want to engage in a war with them and that he simply wanted to visit and glorify the Sacred Mosque, which was a right that was as due on Muslims as it was to non-Muslims. When Quraysh were satisfied with this, they sent some people to negotiate with him and find out the power of the Muslims and the extent of their readiness to fight Quraysh if they had to. They wished to deny the Muslims access to the Sacred Mosque in a peaceful manner.

in Tihaamah, approached the Prophet

and explained to him that Quraysh did not intend letting the Muslims enter Makkah. The Prophet

explained to him why he had come and enlightened them about the harm that the Quraysh had been enduring due to the war. He also suggested a fixed-term truce with Quraysh. He told them that if the Quraysh refused the truce, then war was inevitable, even if this war would exterminate the Muslims. The convoy transmitted this message to the Quraysh. [Al-Bukhari]
The convoy said to the Quraysh, “O Qurayshis, you are taking a hasty decision regarding Muhammad. He has not come to fight you. He has come to visit this House.” The Qurayshis responded badly to them and said, “Even if this is what he wants, by Allah, we shall not let him enter it by force so that the Arabs would not speak about this.” It was an intelligent decision of the Prophet

to suggest a truce between the Muslims and the Makkan polytheists, as this involved many benefits:
A.   Under the truce, the Messenger

guaranteed that the Quraysh would be impartial and isolated from any conflict taking place in the Arabian Peninsula, whether the other party in the conflict was from other Arab tribes or the Jews - the Muslims' most wicked and ill-wishing enemy.
B.   The Messenger

was keen on maintaining communication with Quraysh, so that each party would hear what the other party had to say through messengers and ambassadors. This policy appeased the Quraysh, cooled the atmosphere of war and calmed the polytheists’ zeal for fighting.
C.   The Messenger

wanted to let the Khuzaa‘ah convoy, under the leadership of Budayl bin Warqaa’ know that their ally, the Messenger

was strong so as to gain more of their confidence and a stronger alliance. Before Islam, the Khuzaa‘ah even had an alliance with Banu Haashim and it was not revoked. It was rather confirmed in the Al-Hudaybiyah peace treaty.
D.   Sensible people who could evaluate matters, when they knew that the Messenger

came to glorify the Sacred Mosque but was hindered by the Quraysh while he insisted on glorifying it, would sympathize with the Messenger

and support him. Thus, he would be in a stronger position, whereas the Quraysh would be in a weaker position.
E.    The Makkan polytheists were not comfortable with the information transmitted by Budayl bin Warqaa’, as they knew that the Khuzaa‘ah was a very special advisor to the Messenger

and they felt their loyalty to the Messenger

and the Muslims.
F.    The response that the Messenger

adopted in order to carry out an act of worship. This indicates that such an approach is permissible, though not obligatory, as there may be cases when such an approach would be forbidden under Sharee‘ah. The Messenger

favorably answered the request of Quraysh and did not show them any hatred or grudge, for the sake of performing the act of worship for which he had traveled.

Negotiations Between the Messenger

Negotiations Between the Messenger

and the Quraysh - II