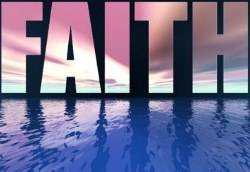 1. Faith prevents sins and diminishes them:

“O Allah! I had a cousin who was the most beloved of all people to me and I wanted to have sexual intercourse with her, but she refused. Later, she came across hard times during a year of famine and she came to me, and I gave her one hundred and twenty Dinars on condition that she would not resist my desires, and she agreed. When I was about to fulfill my desires, she said while shaking and shuddering, ‘O slave of Allah, fear Allah and do not break the seal except with its due right (meaning, it is illegal for you to violate my chastity except through legitimate marriage).’ So, I moved away from her, though she was the dearest of all people to me, and I left her the money I had given her. O Allah! If I did that for Your sake only, please relieve us from the present calamity.”

So, the rock moved completely and they walked out.

2. Believers obtain their strength and assistance from Allah The Almighty:

The people of Quraysh went to Abu Taalib, the paternal uncle of the Prophet

and said angrily, “O Abu Taalib! Your nephew has ridiculed our minds, blasphemed our gods, attacked our religion, and separated between our sons and us. If what he wants is money, we will gather our property for him so that he would be the richest of us; if he wants sovereignty, we will make him king, and if he is sick, we will get him the best physician so that he would be cured.”

answered them (with the certitude of a strong believer in Allah The Almighty, who never succumbs to seduction and never sells his faith no matter how enormous the worldly price may be): “O my uncle! By Allah, if they put the sun in my right hand and the moon in my left in return for my giving up this cause (meaning Islam), I would not give it up until Allah makes truth victorious, or I die in its service.” [Ibn Hishaam]

The disbelievers dug deep trenches and set them on fire, then threw the believers who believed in Allah The Almighty into the ditches, but the believers did not give up their belief even if the price was their death. Allah The Almighty Says (what means): {Cursed were the companions of the trench. [Containing] the fire full of fuel, When they were sitting near it And they, to what they were doing against the believers, were witnesses. And they resented them not except because they believed in Allah, the Exalted in might, the Praiseworthy,} [Quran 85:4-8]

When Pharaoh brought the magicians to defeat Moosa (Moses)

and they saw the miracle of Allah The Almighty and His might, they bowed to Him in prostration. Allah The Almighty Says (what means): {They said, "We have believed in the Lord of the worlds, The Lord of Moses and Aaron."} [Quran 7:121, 122] Pharaoh threatened that he would cut off their limbs because they believed in the Lord of Moosa and disbelieved in him, but faith and certainty filled their hearts and strengthened them. They said (what means): {…"No harm. Indeed, to our Lord we will return.} [Quran 26:50]

Trying people is one of the norms of Allah The Almighty in His creation, as He tests people with evil and with good as a trial in order to distinguish between those who are truthful believers and those who are lying hypocrites. Allah The Almighty Says (what means): {Alif, Laam, Meem. Do the people think that they will be left to say, "We believe" and they will not be tried? But We have certainly tried those before them, and Allah will surely make evident those who are truthful, and He will surely make evident the liars.} [Quran 29:1-3]

It was narrated on the authority of Mus‘ab ibn Sa’d that his father said, “O Messenger of Allah! Who are the most afflicted people?” The Prophet

said: “The prophets, then those who are the best. Man is afflicted according to the degree of his belief. If his faith is strong, then his affliction will be as strong as his faith is, but if his faith is delicate, he will be tested according to his faith. Trials continue to afflict the slave until they leave him walking the earth free of any sins.” [At-Tirmithi and Ibn Maajah]

Khubayb ibn ‘Adiyy, may Allah be pleased with him, was captured by the disbelievers and was taken to be crucified, but he asked them to let him pray two Rak‘ahs (units of prayer) first. He prayed two short Rak‘ahs then went to them and said, “By Allah! If you would not think that I am afraid of death, I would have prayed more.” They lifted him and tied him to a wooden pole. After that the polytheists asked him, “O Khubayb! Would you like to be safe at home, while Muhammad would be in your place?” He replied, “No. By Allah! I would not like to be safe while even a thorn would prick his foot.” Then he recited some poetic verses indicating that he did not care if he was killed so long as he was killed as a Muslim and in the cause of Allah The Almighty.

Sumayyah, may Allah be pleased with her, was also persecuted by the polytheists along with her husband and son. The Prophet

would pass by them and say: “Be patient, O family of Yaasir; your reward will be Paradise.” [Ibn Hishaam] The believer is patient at times of trials and he relies on Allah The Almighty Who Says (what means): {O you who have believed, persevere and endure and remain stationed and fear Allah that you may be successful.} [Quran 3:200] The Prophet

said: “Patience is half of faith.” [Abu Nu‘aym] The Prophet