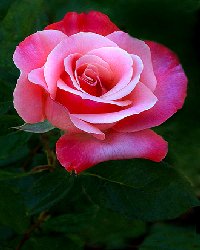 The image of the typical Muslim woman wearing the veil, forced to stay home, and forbidden to drive is all too common in most peoples' thoughts.