Some misconceptions about women in Islam – II 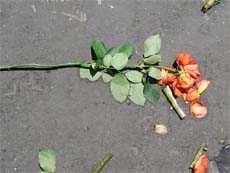 The Quran says (what means): "Divorce is twice. Then [after that], either keep [her] in an acceptable manner or release [her] with good treatment. And it is not lawful for you to take anything of what you have given them unless both fear that they will not be able to keep [within] the limits of Allah, and then there is no blame upon either of them concerning that by which she ransoms herself. These are the limits of Allah, so do not transgress them. And whoever transgresses the limits of Allah -- it is those who are the wrongdoers [i.e. the unjust]."  [Quran 2: 229]

In Islam, one male witness equals two females: The Quran says (what means): "And get two witnesses out of your men. If there are not two men, then a man and two women such as you choose [maybe in place of two men as the witnesses]; so that if one of the women errs, the other one will remind her..." [Quran 2:282]

Here again, many people tend to denounce Islamic principles as unjust to women. They tend to interpret this requirement as proof of men's superiority over women. Again, this assumption is not true. In fact, various psychological and biological studies conducted on the psyche and hormonal functions of women, have proved that men generally tend to react more rationally and less emotionally, than women.

In cases of crime, for example, torn bodies and pouring blood are more likely to spur an emotional reaction among women than among men. This reaction is alone capable of distorting the female's perception and/or memory.

On the other hand, men are also bound by rules concerning their testimony. For instance, they must not be parents, friends or enemies of the accused. Can we then conclude that, if it was the case for women, that male parents and friends of the accused must be considered inferior too? Of course, they are not.

Finally, one should note that there are matters where a woman is the only witness required. These are related to areas where women are the experts, for example, in issues of breast feeding, bringing up children and the question of kinship (who is her child's father).

Just think: What does a black 'Hijab' veil evoke in your mind? Certainly not the image it is meant to evoke -- religious commitment and peaceful, deep-rooted faith. How many times have you seen a veiled young girl and said: "Haraam! Poor thing! She has not seen the world yet..." Is all this just a coincidence?

Veiled women today are either associated with alienation or fundamentalism. They are either looked upon with pity or fear. Have people ever asked the question: Where is the woman's will to surrender to God in this? Where is her choice of protecting her dearest possession, her body?

When Islam ordered women to wear the veil, it did it to privilege her, not constrain her:

The above verses show that Islam aims to protect women from being considered sexual objects. It instructs women to uncover their faces in front of their husband, close relatives whom she cannot marry (Mahaarim) and other women. In front of strangers, she must conceal everything but her face and hands.

Why does one need to show a semi-clad woman in a car's advertisement? Why do we not see a veiled woman? In the first case, because the advertisers are trying to sell the image of the woman with the car. Unconsciously, you buy the car wishing it will provide you with such a "babe." In the second case, the woman has refused to be treated as an object for trade and has worn the veil, a sign of dignity rather than humiliation.

Summarized from: What Does She Expect Better? By: IIPH

Islam considers marriage a basis for the Islamic family, since it develops bonds of love and caring and a secure atmosphere for the growth and progress of the human race. This, in turn, produces a sound society. This is why the Prophet

(may Allah exalt his mention) taught us in a narration, that although classified ‘weak’, has a valid and important meaning. He

said: "The most detestable of all lawful things in the sight of Allah is divorce."However, this does not mean that divorce is prohibited. On the contrary, it can sometimes be the best alternative. Divorce is a right for both women and men if their problems cannot be solved. Two French legislators, Planoil and Ripert, have said: "Divorce is a mischief. However, it is a measure that cannot be avoided for the welfare of the community, because it is the only remedy for another harm which may be more dangerous, i.e. murder."

The above statement applies to cases where the husband and wife have lost their love for each other and where harmony in the marriage is over. Indeed, any other alternative will make them unhappy and will affect their children in the long run.

In these cases, Islam advises the couple to try to reconcile their differences in the presence of some immediate relatives belonging to both sides. If they are unable to do so, they are instructed to seek counseling through a third party, such as friends or other relatives. If there is still no solution, then they should seek a solution through a judge.

The judge will advise the couple to be patient and think of the children. However, if the problem remains unsolved, the family life becomes unbearable and the children are affected, then divorce becomes the only alternative, to enable them to have other spouses.

When it is inescapable, divorce is neither harmful to men nor to women. It is also definitely not unjust to women.
First, the couple must seek divorce in an amicable way. They are instructed to separate without hard feelings towards each other. They should keep a minimum of understanding that will secure the children's situation after the divorce.