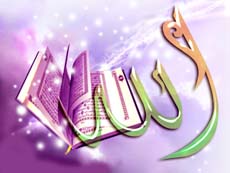 Al-Qadar (Divine Decree) is an Arabic word meaning Allah’s predestination of measurements and sustenance of everything and everyone, according to His Knowledge and Wisdom.

Allah, the Most Exalted, Says (what means): "And not absent from your Lord is any [part] of an atom’s weight within the earth or within the heaven or [anything] smaller than that or greater but that it is in a clear register." [Quran 10:61]

2. Pre-Recording: The belief that Allah recorded everything in a Tablet that He kept with Himself, called 'Al-Lawh Al-Mahfooth' (The Preserved Tablet). Allah, the Most Exalted, Says (what means): “Do you not know that Allah knows what is in the heaven and earth? Indeed that is in a Record [i.e., Al-Lawh Al-Mahfooth]. Indeed that, for Allah, is easy.” [Quran: 22:70]

Furthermore, Prophet Muhammad, sallallaahu ‘alaihi wa sallam, said: “The first thing which Allah created was the Pen. Then He ordered it to write. The Pen asked ‘What should I write?’  Allah said: ‘Write down everything that will occur until the Day of Judgment.’”  [Abu Dawood]

4. Creation: The belief that Allah created all creation, all what they possess of attributes, and all their actions. Allah Says (what means): “Allah is the Creator of all things, and He is, over all things, Disposer of affairs.” [Quran: 39:62] He also Says (what means): “…He has created everything and determined it with [precise] determination.” [Quran: 25:2] Also, Allah informs us that Prophet Ibraheem (Abraham)

Believing in Divine Decree and Predestination does not mean that people have no power over the actions they choose to take. Sharee’ah (the Islamic Law), as well as reality, confirm that man has a will of his own:

As for one’s own power over his actions, Allah Says (what means): “So fear Allah as much as you are able and listen and obey…” [Quran: 64:16] He also Says (what means): “Allah does not charge a soul except [with that within] its capacity. It will have [the consequence of] what [good] it has gained, and it will bear [the consequence of] what [evil] it has earned…” [Quran: 2:286]

As for reality, every human knows that he has power and will of his own. He uses his power and will to indulge in or avoid actions of his choice. People distinguish between what they do by their own power and between what they have no power over, like shivering due to illness or extreme cold. However, the power and will of mankind is under the control of Allah’s Will and Power. Allah Says (what means): “…For whoever wills among you to take a right course. And you do not will except that Allah wills – Lord of the worlds.” [Quran: 81:28-29]. The universe is Allah’s property and nothing happens in His Kingdom without His Knowledge and Permission.